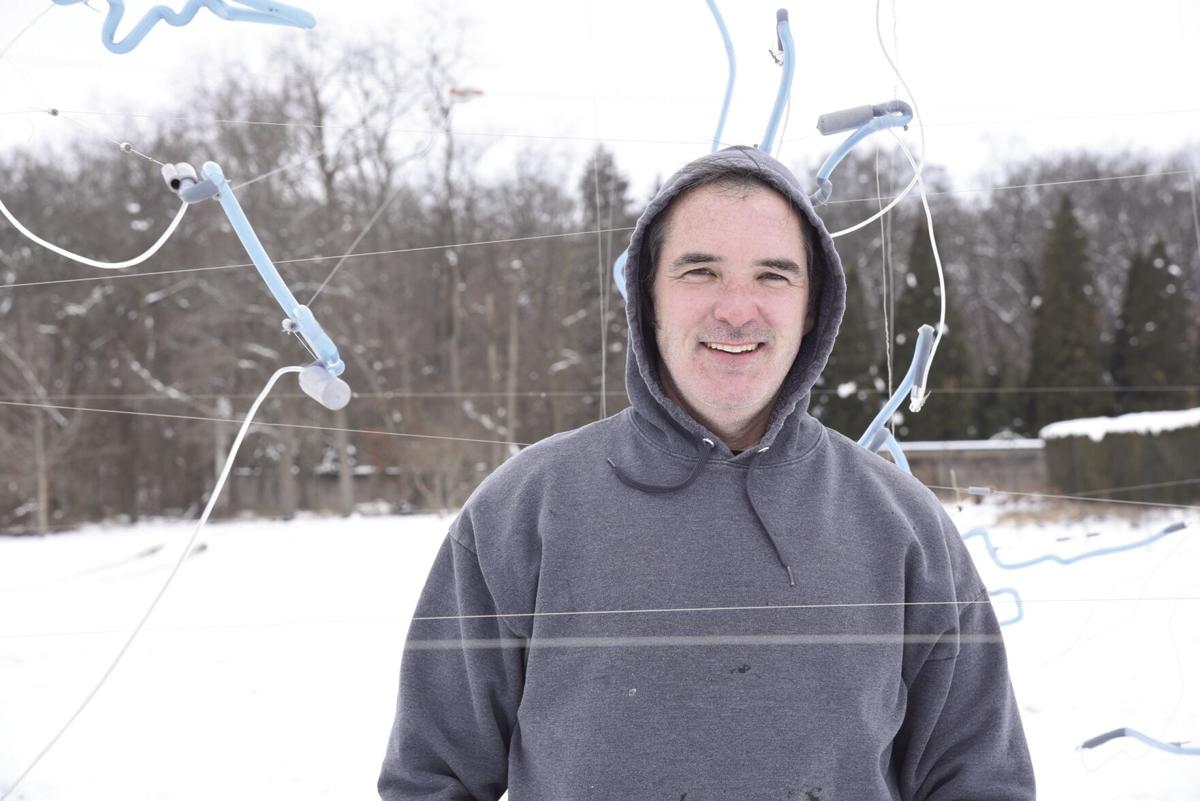 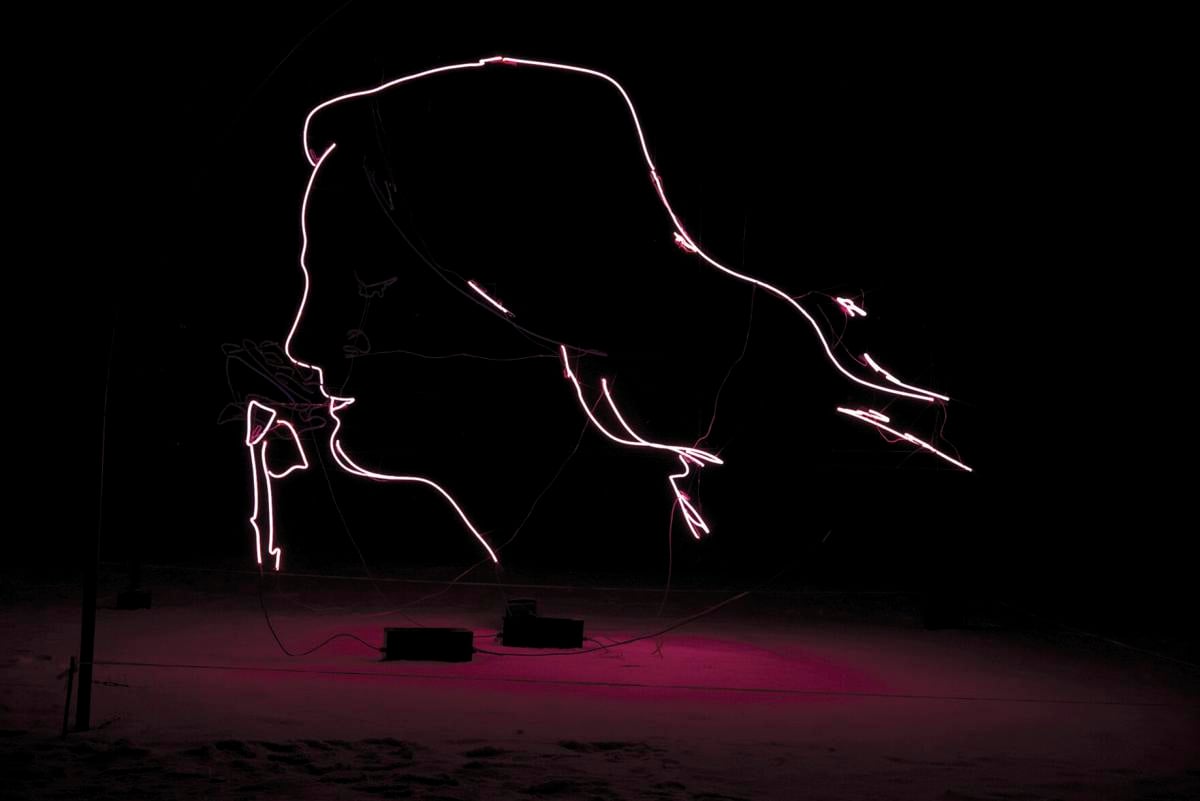 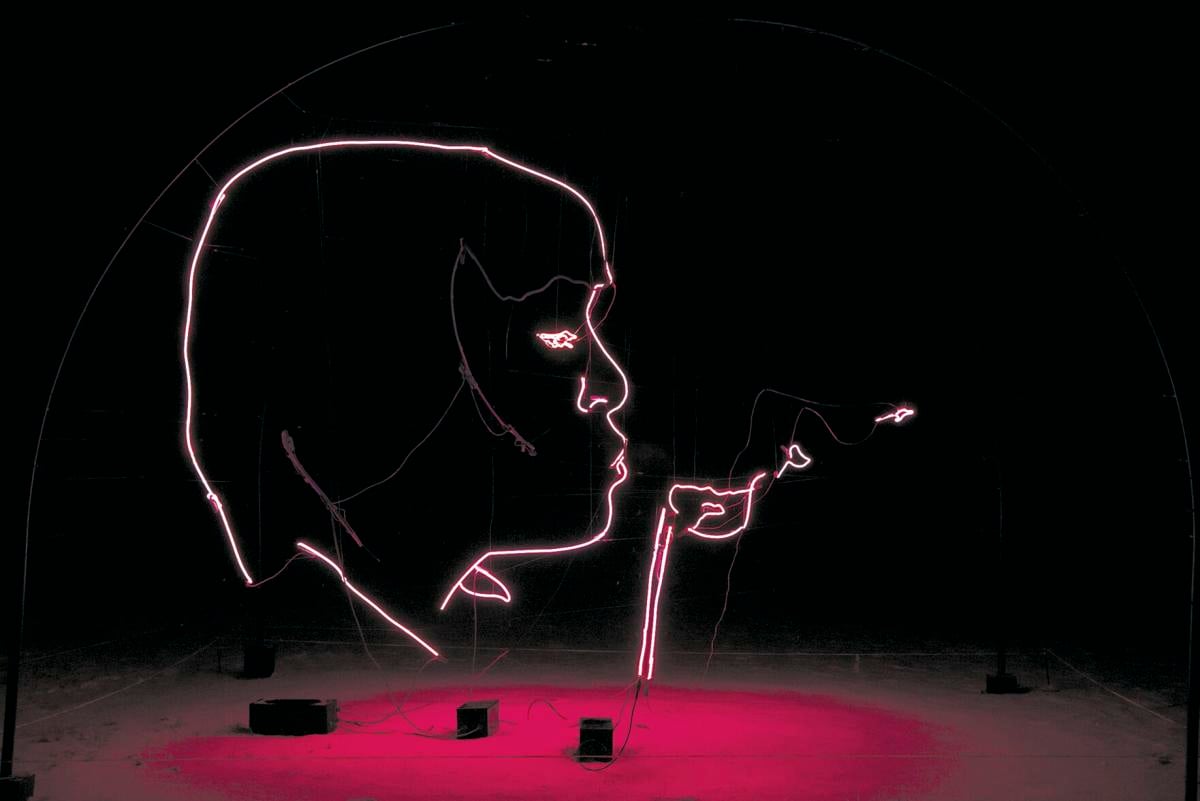 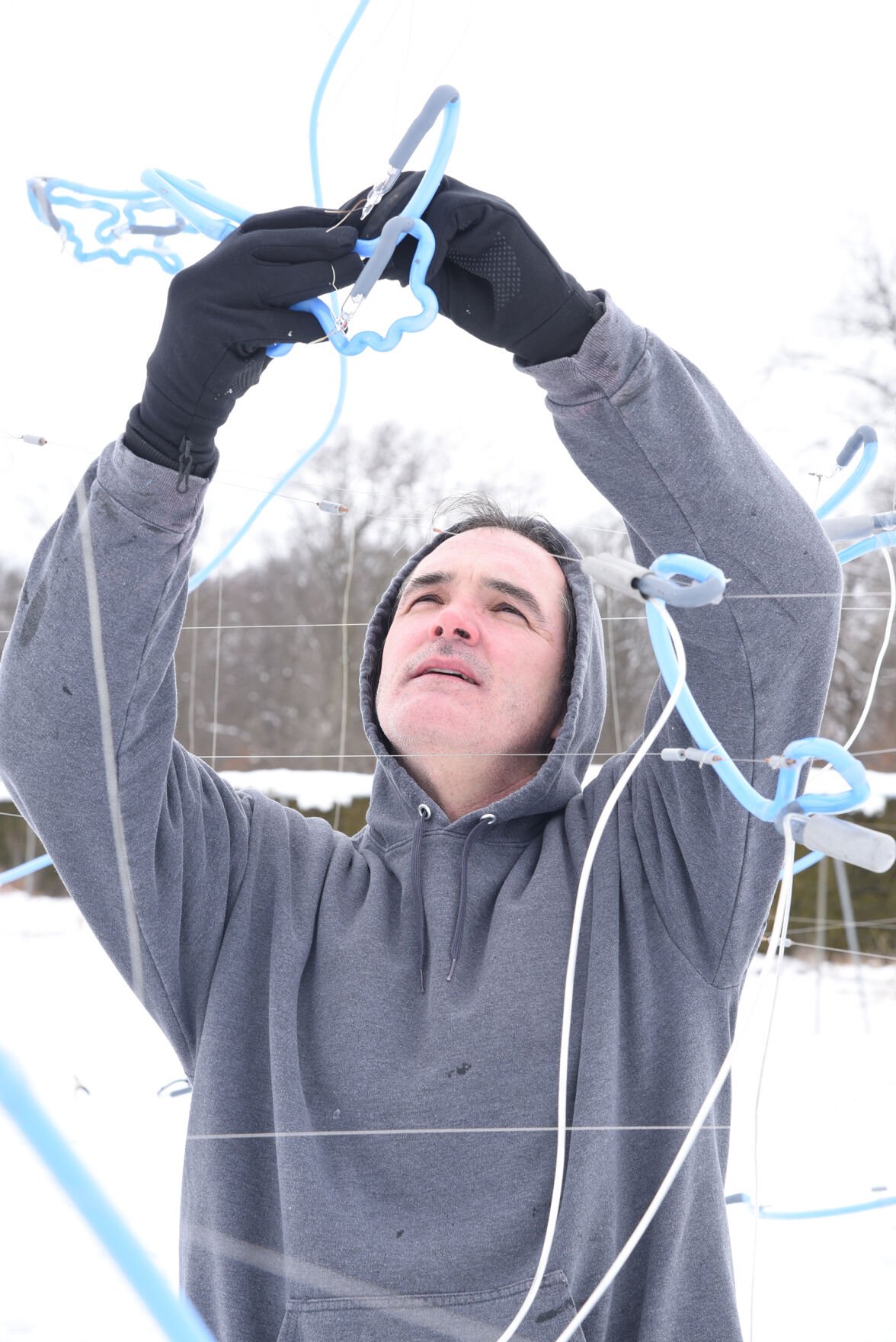 Creating art in Allerton Park sounds like a dream, especially for those with a creative bent.

Chicago artist John E. Bannon can confirm that he is pinching himself after being named the first artist-in-residence at the Monticello-area park.

While the residency does not officially start until this spring, Bannon got a head start by assembling three of his unique, perspective changing light sculptures at Allerton during the Kirby Wellness Walk, which runs through January. That effort was funded separately by anonymous donors.

“It was like a dream come true, really,” said Bannon, who was already familiar with the park and Allerton Mansion from his time as a University of Illinois art student.

“When I was an undergrad and walked through it, it was like a time machine. You wonder what it was like for parties, maybe like the ‘Great Gatsby’ sort of feel to it. So for me its always been a place of wonder,” he said.

That particular feeling makes it a good fit for his art pieces, which currently include “Eye Candy”; the perspective-shifting “Live and Breathe” – which changes as the viewer shifts positions; and “Mirror,” a disco ball-like contraption shaped like a person in the Sunken Garden.

For his suspended light sculptures like “Live and Breathe,” Bannon heats and bends glass tubes, which makes them “soft for a couple of seconds,” shapes them, puts them together and fills them with gases such as neon and krypton to light them up.

The result for “Live and Breathe” – currently located in the Allerton meadow – is a woman smelling a rose from one angle, and a child blowing a dandelion from another. He based them on his sister and her daughter.

“You can ponder it in different ways,” said Bannon, a 1990 U of I graduate. “It allows the viewer to try to tie it together and find meaning in it.”

At the least, he wants people to get a positive feeling when they encounter his work. On a grander scale, he wouldn’t mind changing the world, one piece of artwork at a time.

“The light is a lure. It really gets people to look at something. The challenge is to reel them in, try and keep them looking at the piece as long as possible.

“If I can get people to look at it long enough, it tells me they’re seeing something in a new way, which means the brain is taking a different path,” said the Arlington Heights native. “I hope to stretch minds in other ways, positive ways.”

Bannon has art in his blood.

“My parents met at an art class when they were in college, so they shared that interest. And when I was raised I was really encouraged to pursue the arts. So, since I was a little kid I’ve really been into it,” he said.

Originally an industrial design major at the U of I, Bannon switched his major to painting within a semester. That led to classes in glass blowing, paper art, and eventually, neon.

“All painting is really light art, using reflected colors, so I really got into the connection of light hitting different pigments,” he added.

He latched on to light artist Tom Scarf, whom he considers a mentor, and his career path was set.

A two-way piece near Purdue University – a baby’s face in one direction, an old man’s in another – got people’s attention, and led to him winning a contest to design and install artwork at the headquarters of the Chicago Transit Authority. From the ground floor it shows a map of the bus routes, but from the mezzanine above, people see a bus arriving at a stop. Move 90 degrees and it’s train leaving a station.

Allerton Park & Retreat Center Director Derek Peterson notes that the artist-in-residence program is a symbiotic one that is “nice for us and for him.” For Bannon it provides a creative outlet, and for the park it attracts visitors and shows the public they are moving forward.

“As director I always want progress. I always want to be moving with forward momentum. And in 2020 it didn’t really stop. We had to switch ideas on certain things, but kept going,” said Peterson.

Bannon’s past with the park, which included maintenance work on existing statues two years ago, helps his cause.

“The fact that he had former appreciation of the park, that it wasn’t his first time here helps a ton too,” said the Allerton director.

Bannon calls himself a multi-media visual artist on his website, johnebannon.com, and has seen his work in public and private collections worldwide. He has also been an adjunct assistant professor at the Art Institute in Chicago, and creates art out of a studio in Old Town.

After receiving his bachelor’s degree from the University of Illinois at Urbana-Champaign, he went on to earn a Master of Fine Arts Degree in Studio from the Art Institute of Chicago.

His actual artist-in-residence will begin sometime in the spring, where he will be housed at the park for two to three weeks to continue inspiration by being in its 1,500 acres of both natural and created beauty.

Peterson said he hopes the park can post two artists per year, likely in the spring and fall.