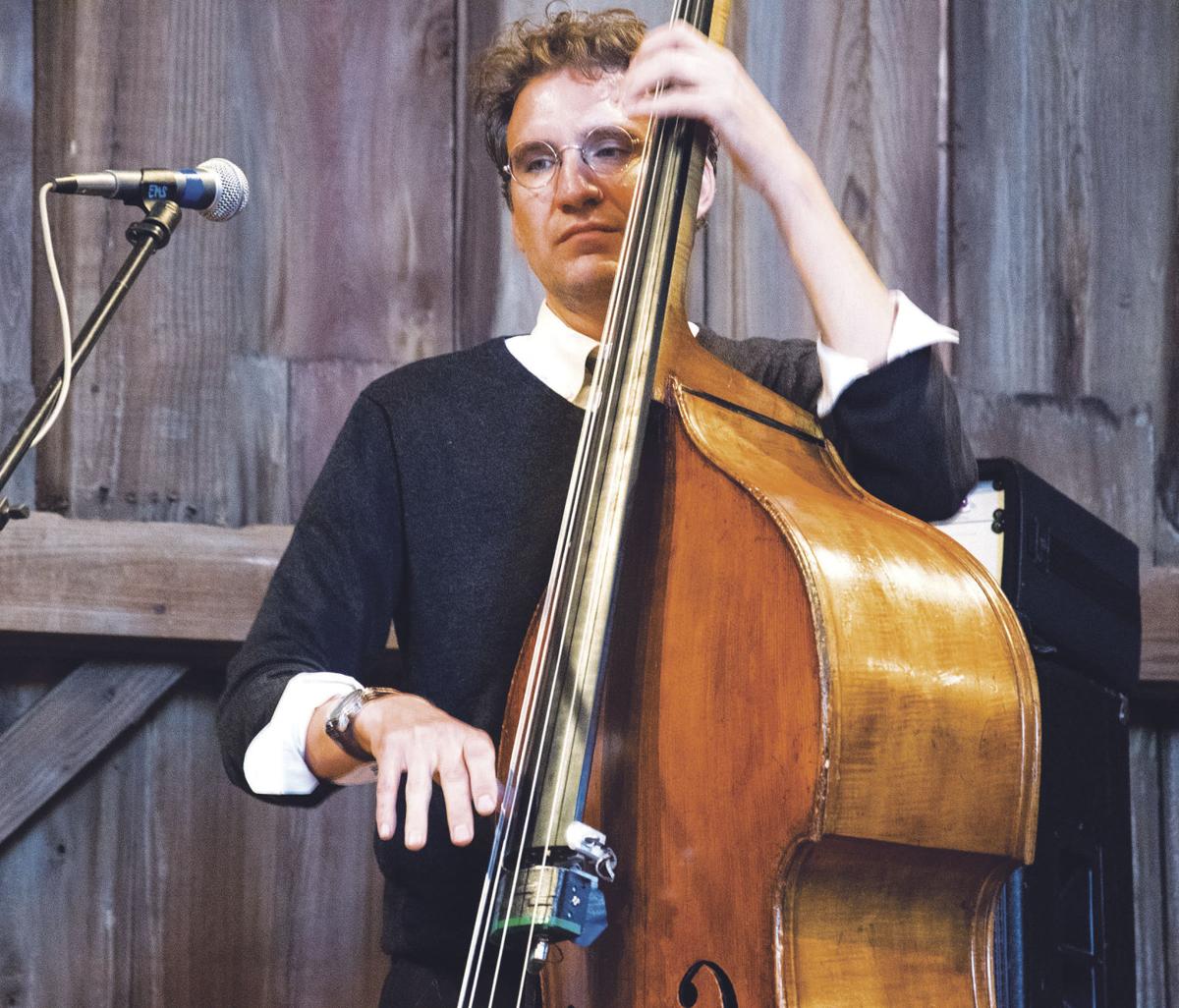 Musician Viktor Krauss performs in the Allerton Music Barn in 2016. 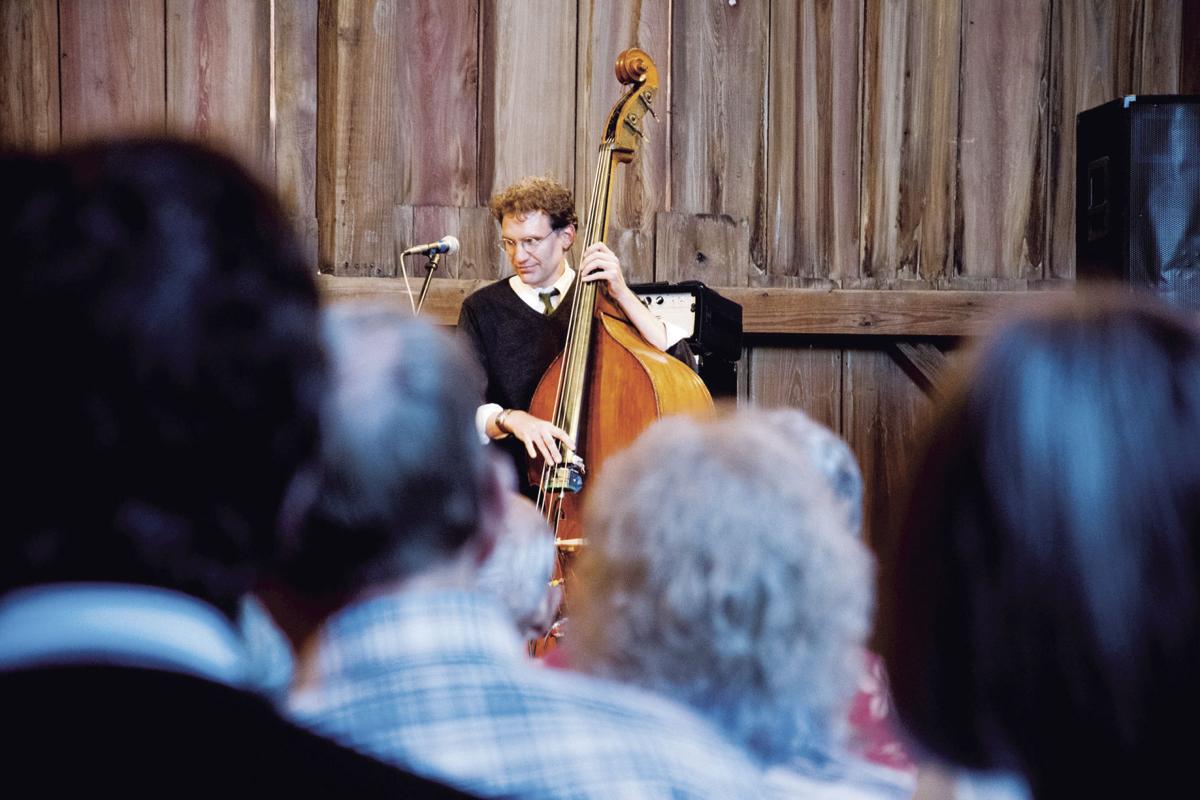 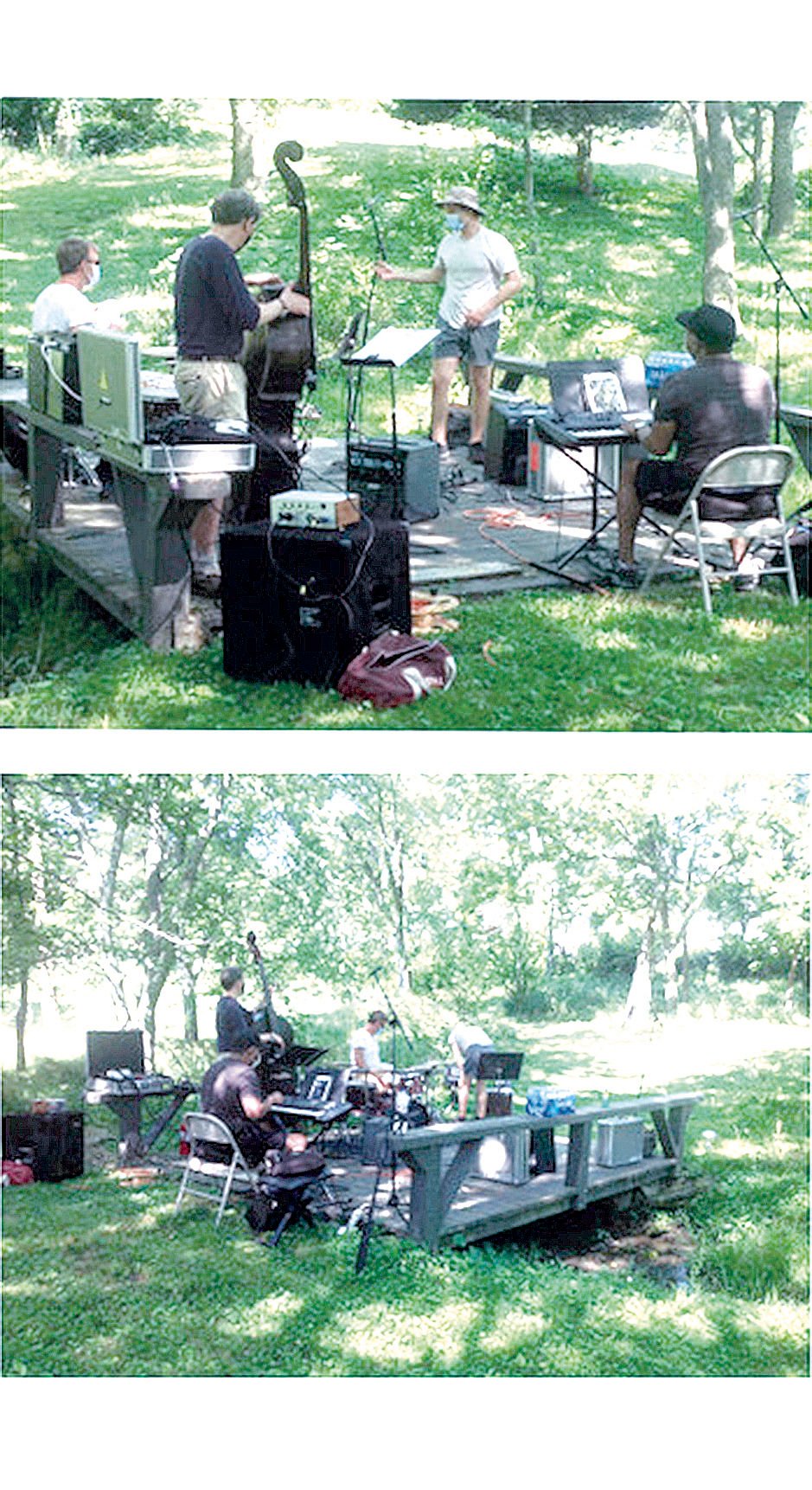 Above, Viktor Krauss and his band record near Nashville for a concert to be aired on WILL-FM this Saturday night. At right, Krauss performs at Allerton Park in 2016.

Musician Viktor Krauss performs in the Allerton Music Barn in 2016.

Above, Viktor Krauss and his band record near Nashville for a concert to be aired on WILL-FM this Saturday night. At right, Krauss performs at Allerton Park in 2016.

People won’t actually see Viktor Krauss and his band playing as they cruise and stroll through Allerton Park and Retreat Center for its unique Summer Solstice Concert Cruise the evening of June 20.

But they’ll be able to hear him if they tune to WILL-FM.

The Champaign native and accomplished bassist has done all he can to reflect the outdoor nature of Allerton for the pre-recorded concert, which will be broadcast from 7 to 9 p.m. on the radio station. It will also be available to stream at https://will.illinois.edu/fm/willplayer.

“We recorded it outside at my parents farm,” which is about 25 minutes from his Nashville-area home, said Krauss. “We wanted to emulate what Allerton Park is.”

That means there will be not only the smooth jazz stylings of Krauss and his bandmates, but the sounds of nature.

Of course, outdoor concert recordings bring on their own set of challenges.

“At one point we were contending with a rooster in the background. There’s a lot of wildlife happening at 9 a.m.,” said Krauss, who spent about five hours recording it on June 7.

Technically, concert “goers” could listen at home to the broadcast. But what fun is that? Especially when you can grab dinner to go, tune in for good music and hopefully see a colorful sunset at the iconic Sunsinger statue at the park.

“We suggest starting in downtown Monticello, making your way to Allerton Park via Allerton Road, taking a slow cruise through the park to the Sunsinger to watch the sunset,” said Ashley Sims, the park/retreat center’s event coordinator.

The Monticello Chamber of Commerce will chip in by providing information on take-out meals that can be picked up on the way to the concert.

Although the state is emerging from its COVID-19-related shutdowns, Sims is encouraging those who get out of their car to observe social distancing and refrain from gathering in groups.

Allerton has steadily grown its concert series since it began in 2013, and did not want it to come to a complete halt this year. The fact that the park and WILL are both operated by the University of Illinois made coordination of the remote concert that much easier.

The decision to book Krauss? That was easy.

“Viktor has a long history with Allerton and the area. He’s performed several times at the park and in the music barn over the years,” said Sims. “We wanted to invite someone that would create a performance for us that would embody the message we’re trying to evoke at this time – someone that we love to listen to and know that our Allerton friends and family could all enjoy on a restorative Saturday evening cruise through the park.”

Krauss – a mainstay in the band on Lyle Lovett tours – also appreciates the chance to get creative, something that has been limited with the coronavirus outbreak. His summer tour with Lovett was cancelled, but he has spent the time doing projects that have been on the back burner – by email, Dropbox, and other ways where music can be generated without in-person contact.

“People are finding other ways to be creative,” said Krauss, a movie score enthusiast who has contributed his musical talents to “For the Love of the Game” and “Hope Floats,” among others.

“There are projects we have wanted to do, but don’t have the time,” he added. One of those is an effort with a harpist colleague that is now getting off the ground.

“We’re sharing files, and in the end we’ll have a recording,” he said.

Luckily, like many professional musicians, Krauss has high quality sound equipment at home, so can “record in my living room.”

With less time on the road, he has also enjoyed extra time with his wife and three children, one of whom will be a high schooler this fall.

The future of this summer’s Allerton Summer Concert Series is still in flux, says Sims.

“Like many things these days, we’re playing things by ear. As we get more more updates from the Governor and the university, we are planning accordingly,” says Simms.

“Right now we’re trying to bring you as much virtual content as possible,” she added, noting that announcements will be made later on future concerts.

For more information, log onto the Allerton Park and Retreat Center website at www.allerton.illinois.edu. For those wanting to know more about supporting the concerts, email Sims at anowen2@illinois.edu.