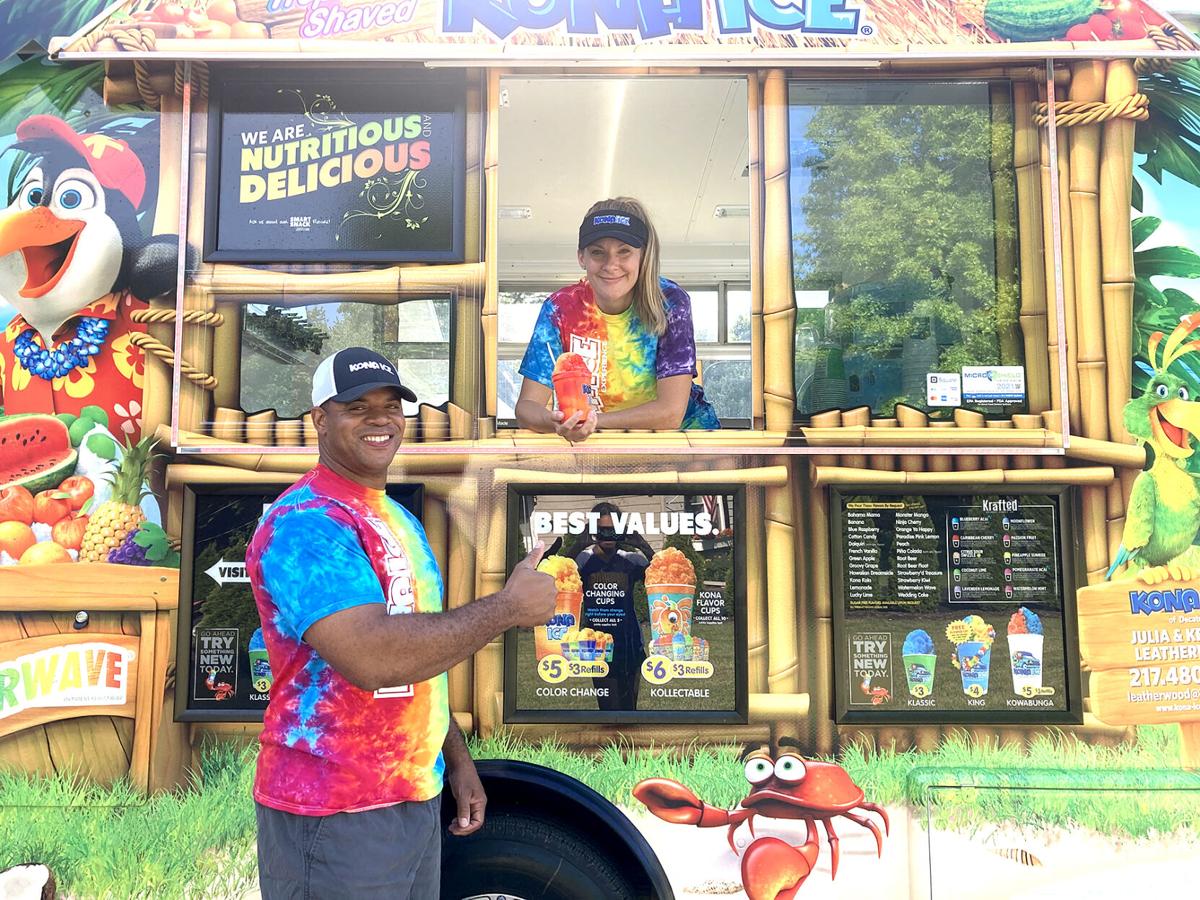 Kerrick and Julia Leatherwood recently obtained a Kona Ice franchise to operate in the Monticello area. 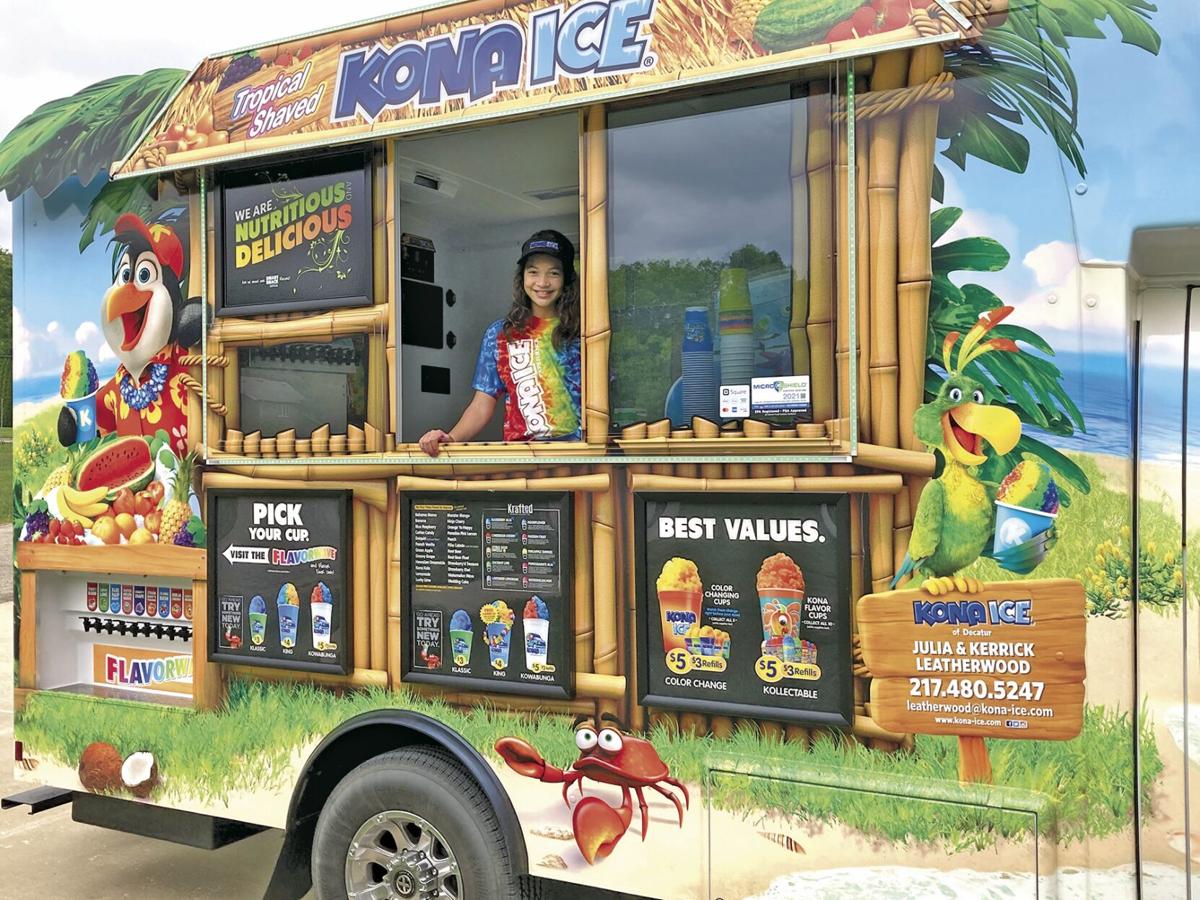 Kerrick and Julia Leatherwood recently obtained a Kona Ice franchise to operate in the Monticello area.

MONTICELLO — Julia and Kerrick Leatherwood find themselves quite busy of late. The couple — along with their four children — moved from Savoy to Monticello last December.

They both work full-time jobs.

Oh, and just for kicks, they recently earned a franchise for a Kona Ice truck, which began selling 40 flavors of shaved ice locally in April.

“We’re probably out six days a week, between our bookings and being somewhere public where people can come up to the truck and order. We try to divide our time between the two,” Julia Leatherwood said.

The move to Monticello came partially out of a desire to find an open territory for a Kona Ice franchise. That being achieved, Kona Ice of Decatur, IL now serves an area between Monticello down to Arthur, and over to some of the suburban communities near Decatur.

Territories are based on population, so without a major metropolitan area to land in, “it’s pretty spread out,” Kerrick Leatherwood admitted.

That doesn’t mean they aren’t busy. The truck has already helped many not-for-profit agencies since hitting the road. In those cases, 20 percent of sales goes to the non-profit entity.

The community aspect pairs with the fact Kona Ice trucks purposely call attention to themselves, with bright graphics and upbeat music being played over their internal sound systems.

They also joke the required training was like attending college, with the punchline from Julia that “it’s the only college degree I am using.”

The Leatherwoods were also pleased to use their business to raise money for the family of Officer Christopher Oberheim, with all proceeds above cost being donated to the family.

That outing told them a little about the town where they now reside.

“There were tears, people thanking us for being there, for providing something for the Oberheim family. It was a total community effort,” Julia Leatherwood said.

“It was amazing. There were people coming and throwing money at us for a donation. You could tell people wanted to do something.”

There are several ways to get in touch with Kona Ice of Decatur, IL to book them for an event or inform them of gatherings where they can park their truck. Upcoming stops are listed on their Facebook site (Kona Ice of Decatur, IL). Their email address is leatherwood@kona-ice.com, and they can also be reached by phone at 217-480-5247.

The Leatherwoods join more than 1,000 trucks located in 48 states.