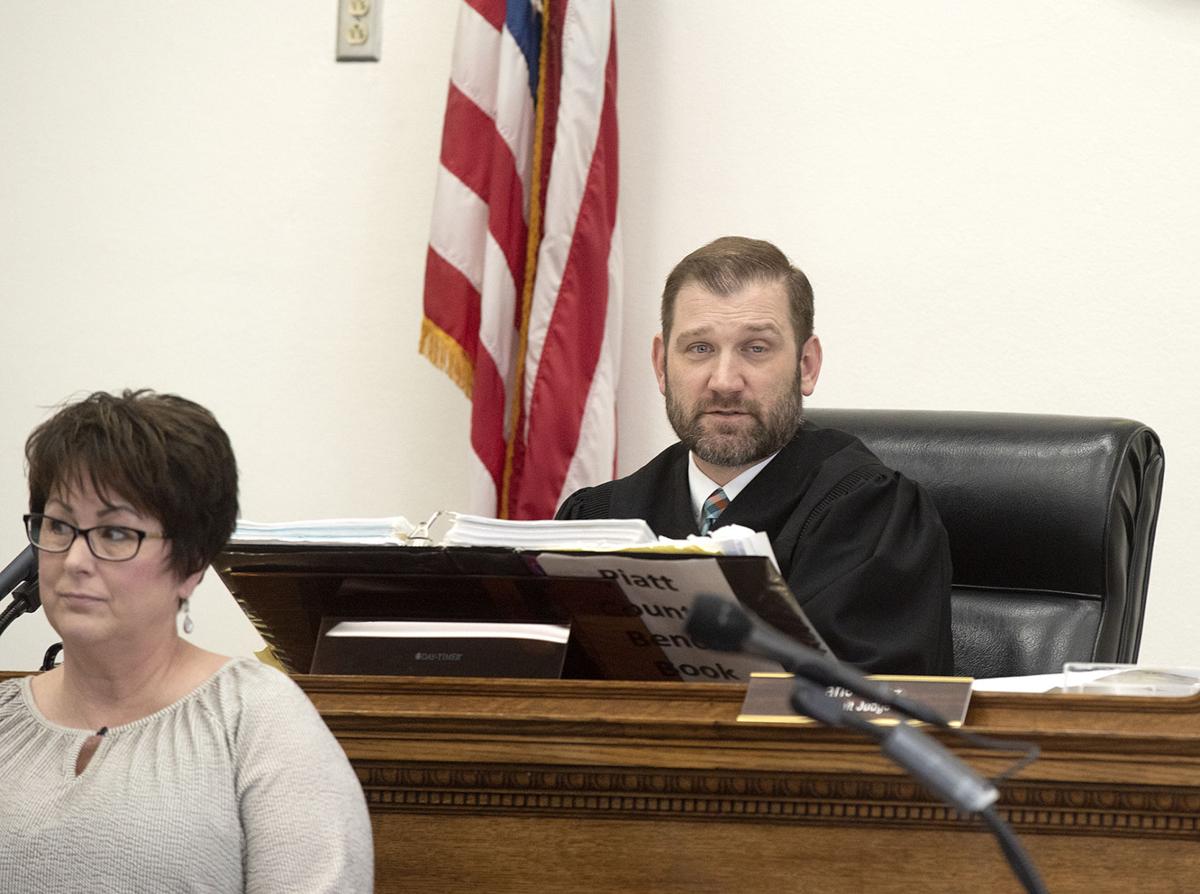 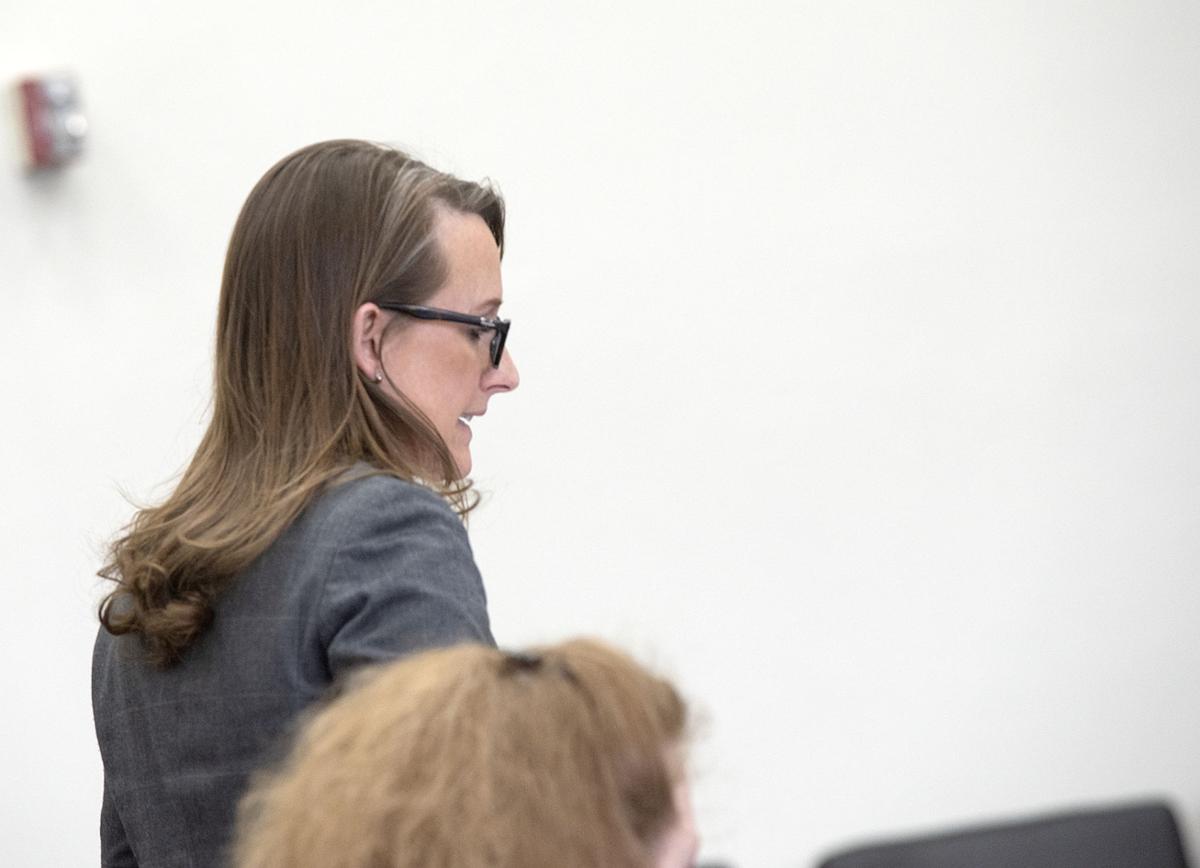 A complaint aimed at getting more resources for the Piatt County Emergency Management Agency has been continued until April 21, as the courts seek representation for the defendant – in this case the Piatt County Board.

Piatt County State's Attorney Dana Rhoades took the action of filing against the county board last week, saying the EMA needs to be able to speak to the media and public, and also have the authority to purchase emergency supplies during the current COVID-19 pandemic.

“All we are asking on behalf of the people is that the EMA director be allowed to communicate with the media and other appropriate forums to get information to the public,” said Rhoades at a hearing Tuesday afternoon in the Piatt County Courthouse in Monticello. “We're also asking with respect to his part-time operational budget that he be given a mechanism so he can buy emergency supplies that may be needed during the course of this emergency.”

In a complaint filed March 19, Rhoades said EMA Director Mike Holmes had been given a gag order by County Board Chairman Ray Spencer, and was told any purchases must fit within his budget approved in December.

Since Rhoades' office usually represents the county board, Sixth Judicial Circuit Court Chief Judge Karle Koritz said at the hearing in Monticello Tuesday that an attorney needs to be found for the county board before the complaint can be heard.

But, after exhausting more typical possibilities such as using the state's attorney appellate prosecutor or Illinois Attorney General's office, Koritz felt hiring a private firm would be the most expedient possibility. He said an appellate prosecutor is already a part of the state's attorney system, and that the attorney general's office is already involved in a separate case involving Spencer, precluding both of those as feasible methods.

Another option would be to find another state's attorney's office to represent the county board, but Koritz quickly dismissed that option during the 20-minute hearing, held in a relatively empty Piatt County Courthouse.

Rhoades is currently the only candidate on the November ballot for the judgeship. Two others have announced they will run as independents.

“Given that Mrs. Rhoades has said time is of the essence, and given that the county board is without resources, and given the fact that I don't believe any attempt to find a state's attorney nearby that would be willing to act as a special state's attorney would be fruitful, I'm inclined to hire a private law firm now, rather than go down the road three weeks and we find that can't find anybody,” said Koritz.

The judge then appointed the Decatur firm of Featherstun, Gaumer, Stocks, Flynn & Eck to represent the county board.

The Decatur law firm is being given until April 15 to respond to the request. Rhoades then has five days to file any responses before the April 21 hearing is conducted.

Koritz also ruled the request needs to have a name attached to it – either Dana Rhoades as Piatt County State's Attorney or by listing Holmes by name – and said an amended complaint would need to be filed to reflect that change. The original document filed on March 19 listed “The People of Piatt County, Illinois” is the plaintiffs.

Rhoades said she had no issue with being named as the complainant.

Koritz also encouraged the two parties to settle the case before the next court date, if possible.

“If a resolution can be reached short of court action, I certainly encourage the parties – just as I do in every case – to keep the lines of communication open,” he said.

Attorney Jim Ayers, representing Spencer, told Koritz that an email sent by Rhoades to county board members earlier in the day with communication on how to settle the dispute may have violated the Illinois Open Meetings Act when county board member Randy Shumard “replied all” to the email.

Rhoades responded that the governor had relaxed some Open Meetings Act requirements in response to the pandemic. J.B. Pritzker's executive order does temporarily waive requirements for boards to meet in person, but Illinois Press Association legal counsel Don Craven said the governor did not suspend notification requirements. Craven also gave his opinion last week that the public must still be allowed take part in meetings, even if they are held electronically.

Five of the six Piatt County board members were present at the hearing Tuesday afternoon. The sixth, Renee Fruendt, did not receive a summons, according to Ayers.

A complaint filed by Piatt County State's Attorney Dana Rhoades against the Piatt County Board on Thursday, March 19, 2020.

More resources for EMA the goal

UPDATE, 3 P.M. TUESDAY, MARCH 31: The Piatt County board meeting scheduled for April 1 has been cancelled