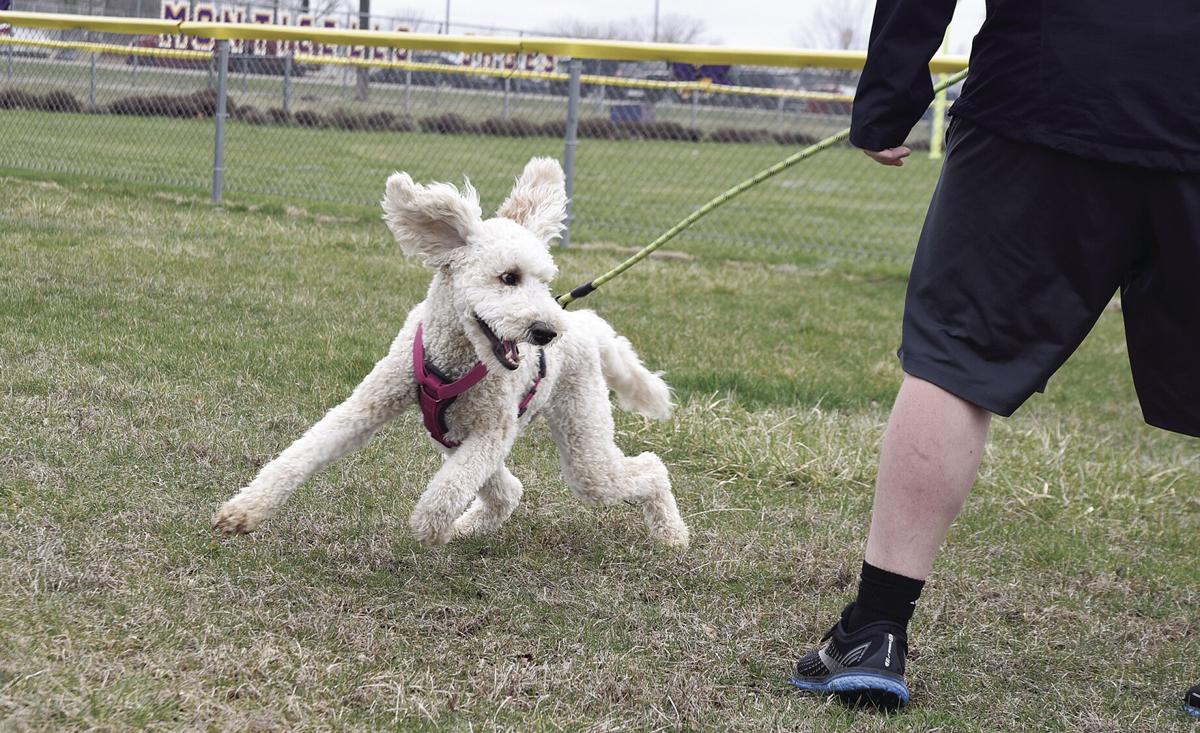 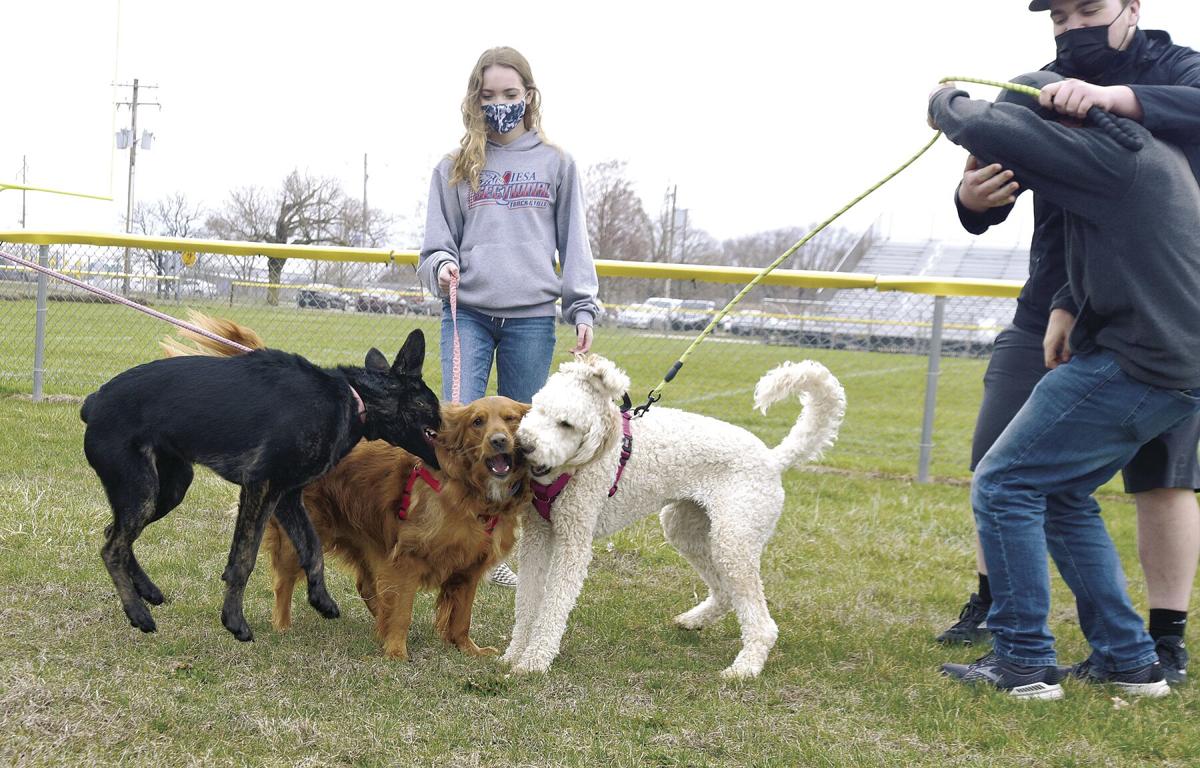 MONTICELLO — Monticello High School agriculture teacher Elizabeth Rost would eventually like to see her students tending to cattle as part of their animal science class, but that is a ways off.

But dogs? That doable.

The class took care of and trained three dogs as part of a Teacher’s Pets Doggie Daycare during the third quarter of the school year. The pets — all belonging to school staff members — were taken care of for most of the shortened school day.

The 11 students enjoyed taking care of and teaching Arya, a German Shepard mix; Layla, a Golden Doodle; and Maisy, a golden retriever.

“I feel like having a dog in the classroom just livens it up. It makes the school less depressing,” student Lana Derossett said.

“Our 10-year plan — big dream here — we would love to have a livestock facility. So this was one way for us to have live animals in class and have that experience, but obviously easier than having cattle here. We just wanted that hands-on experience with animals,” Rost said.

Riley Donahue, whose dog Arya was part of the course, said he learned some patience as he tried to teach the 6-month-old canine not to jump on people.

Rost said it was a good quarter to try out the doggie daycare, which concluded with the end of the third quarter on Friday. She said a first-hour prep period and a small animal science enrollment made it an ideal time to give it a try.

She considered the effort a success, and hopes to offer it again in the future.