You are the owner of this article.
Edit Article Add New Article
Home
News
Sports
A & E
Business
Obituaries
Multimedia
Announcements
Classifieds
1 of 6 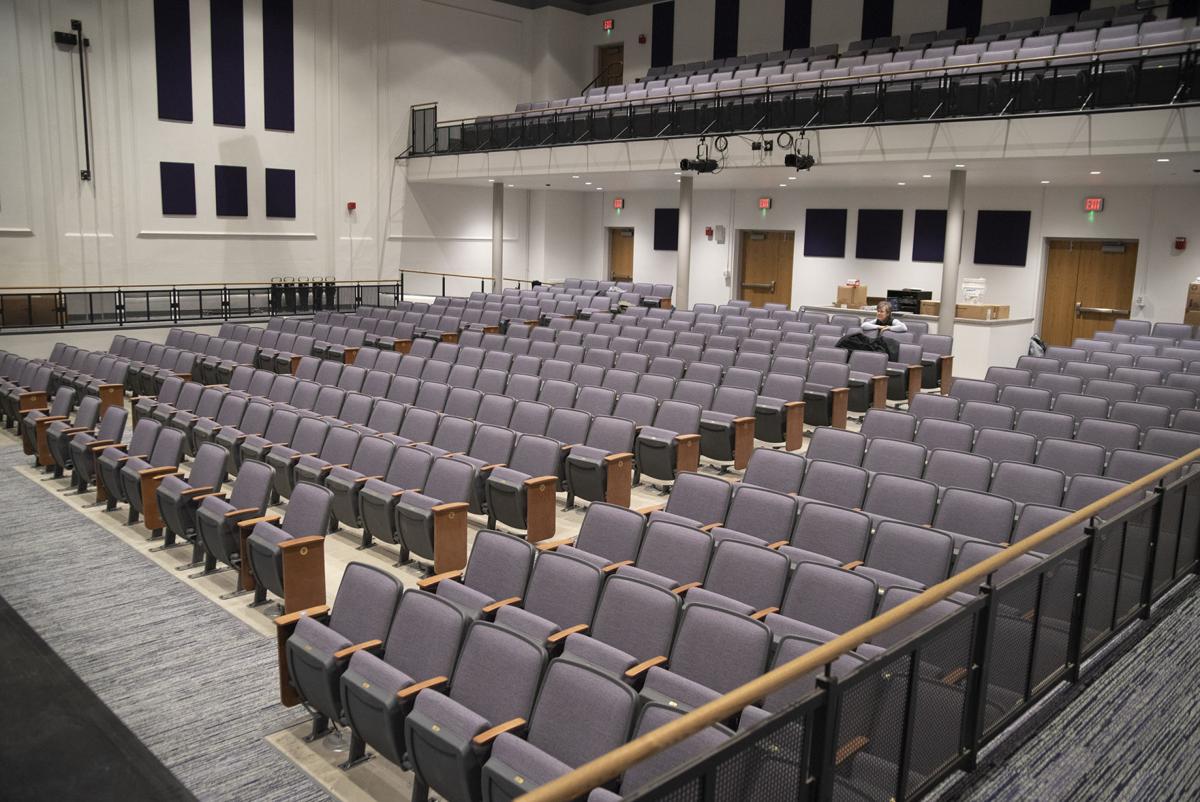 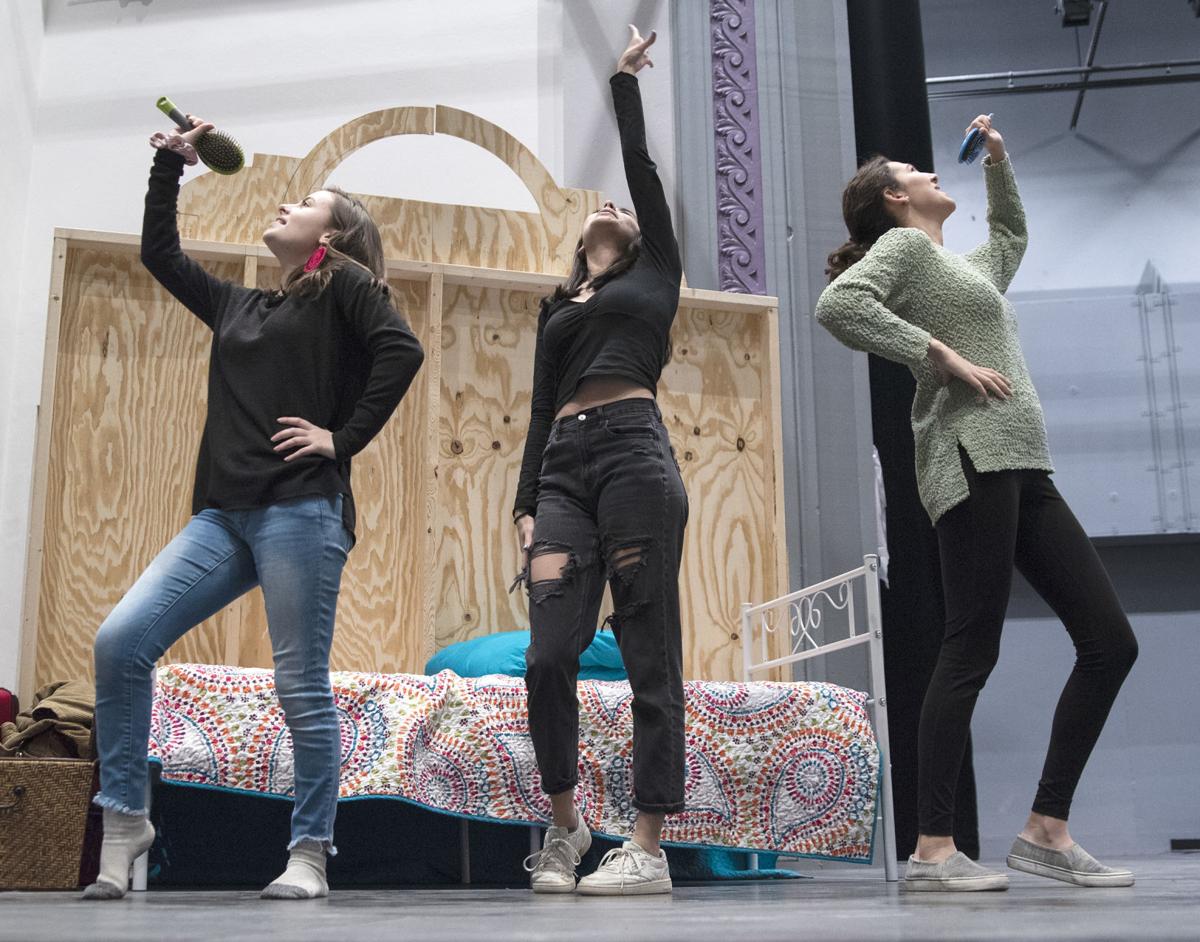 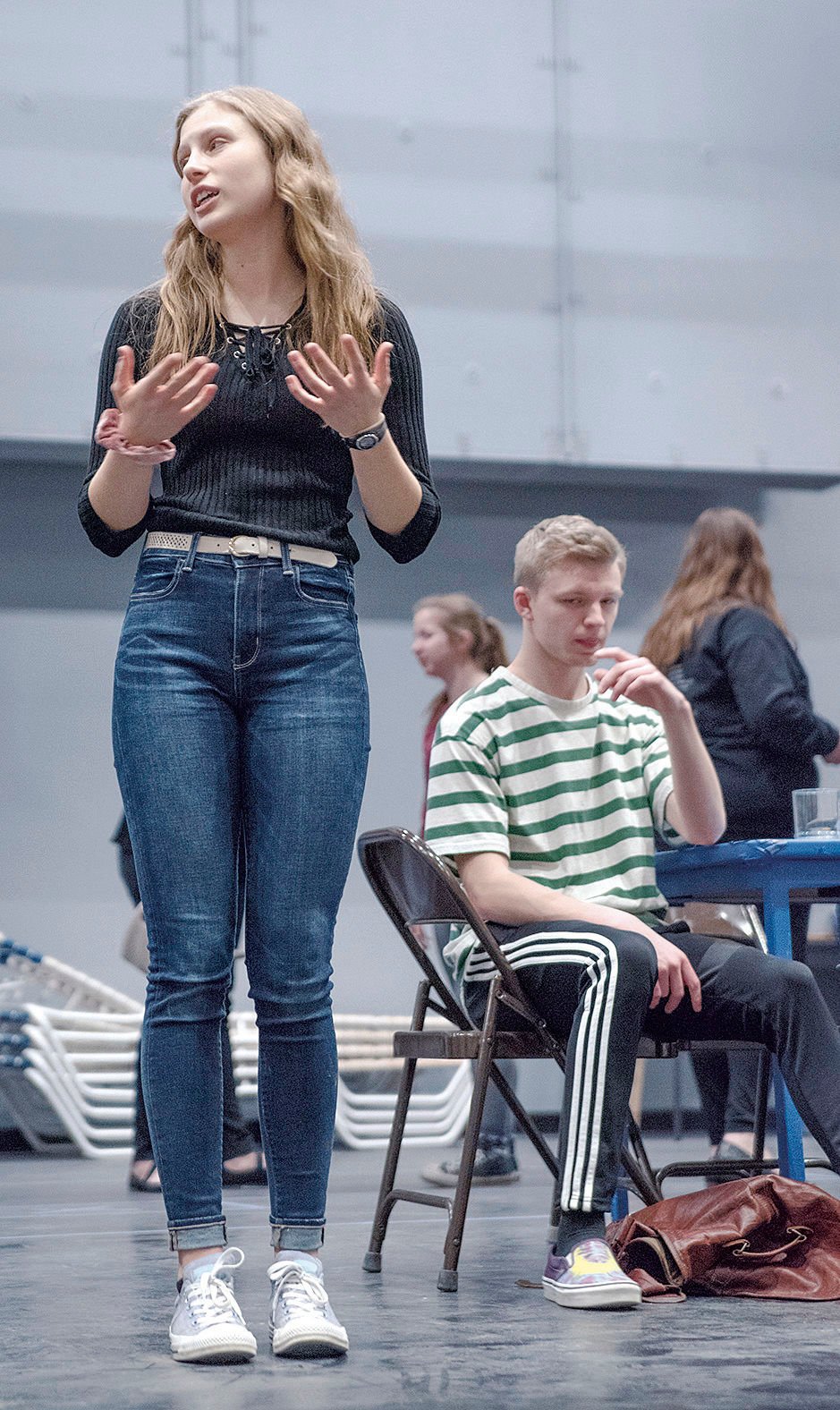 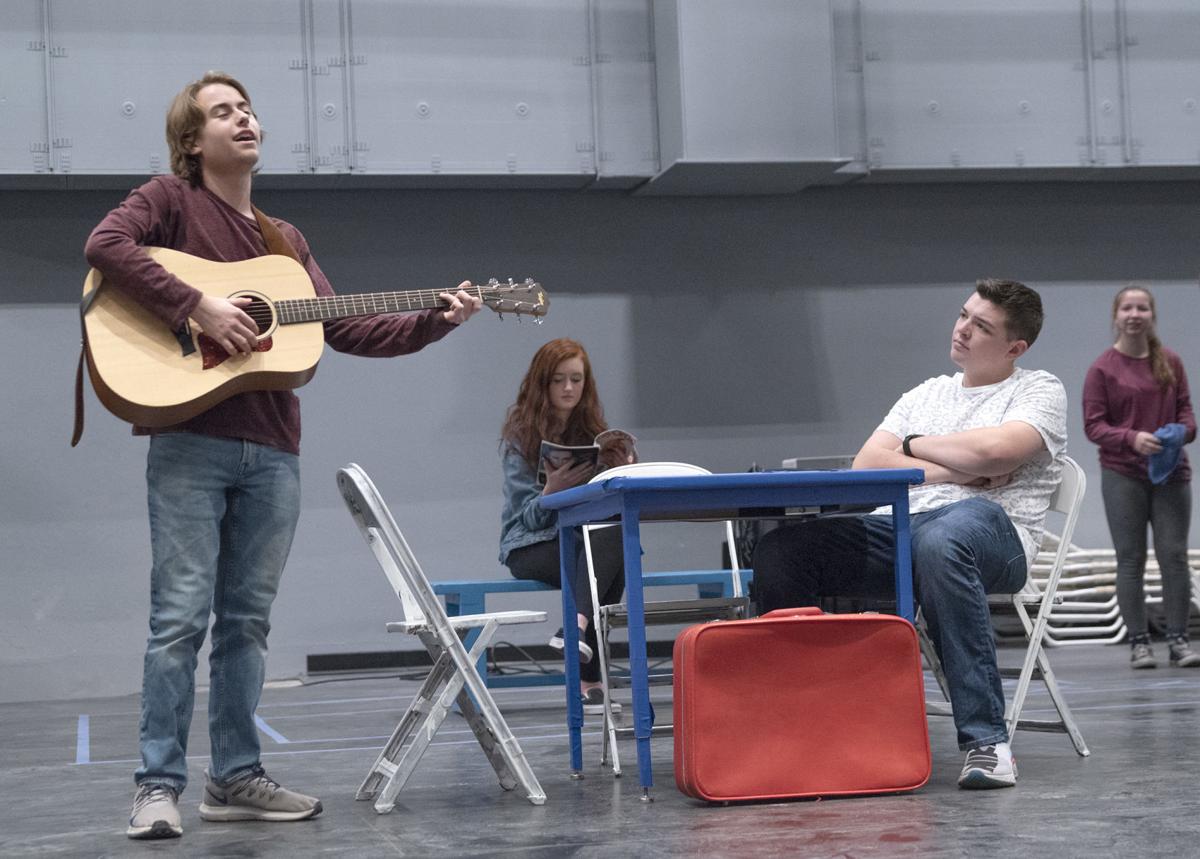 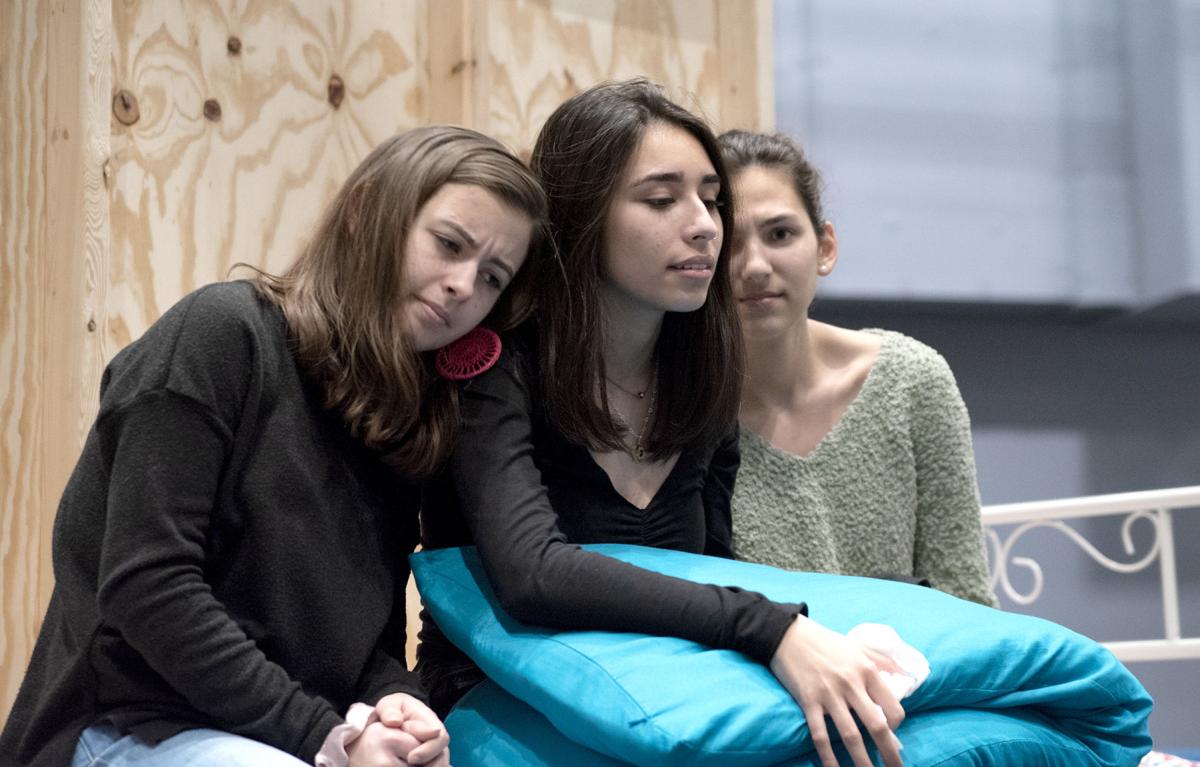 The Monticello High School musical presentation of “Mamma Mia!” will feature a lively celebration of the 1970’s and 80’s music of Swedish pop supergroup ABBA.

But for student actors and directors, it will also be a celebration of being back on their home stage after a long year away.

And what a stage it is. A $900,000 renovation that will be complete by the March 5-8 show dates includes a doubling of the stage depth, making it possible to get all actors on the stage at once when needed.

“It’s super exciting! Oh my goodness,” gushes MHS junior and three-year thespian participant Ashley Long, who is the spring musical’s choreographer in addition to being in the cast.

“Whenever I’m doing the blocking for the choreography, it’s really fun to have different places to put people, and be able to utilize the space more than we have been doing. It’s been a really great change,” she added.

It also means scenes of 42 cast members being on stage at the same time for this year’s spring musical. That was not possible in the past on the smaller, 1923-built platform.

For Stage Manager Nick Timmons, the renovation is like being a kid in a candy store. Or like Christmas, since new, last-minute items are being installed nearly every day.

Audience members will notice changes as soon as they walk in, with theater-style seating and a balcony being added, increasing the capacity to about 450. The permanent seating has also allowed for online ticket sales for the first time.

“No more waiting in line to get a good seat!” said director Nicki Graham, who sings praises about the improvements with as much gusto as her student actors.

“We have more seating with a balcony – the best view in the house in my opinion. The stage size has doubled, so we have room to build a real set rather than just a row of flats along the back. We now have wing space on both sides that we never had before. There will be updated lighting and sound systems that will really enhance the viewing experience for our audience.

“Did I mention the balcony?” the director chuckled.

The work is part of a $35 million upgrade to the high school and adjacent Washington Elementary school. The auditorium, which sits right in the middle of the original high school building, quickly became one of the centerpieces of the project that also includes a new gym, science wing and elementary school classroom addition.

“A theme of the overall project is blending the old with the new. This can be seen in several places throughout the overall upgrades,” said school Superintendent Vic Zimmerman. “Specific to the auditorium, we kept the stage proscenium (stage arch) and the purple/gold shields above the stage.”

The school district created a similar blend about 20 years ago when an outside area between the high school gyms was enclosed into a cafeteria and commons. During the work, the previously outdoor circular stairs leading into Moore Gym – and outside wall – were left for all to see in the new inside space.

Thespians were able to start rehearsing in the renovated auditorium in mid-February. And although there are still little pieces left to be completed, most notably formal light and sound training, Graham is giving it rave reviews.

“We are able to fit so many more actors on stage and actually have a real set to work with. In my opinion, the audience will enjoy the improvements due to better quality sound, lighting, and seating. This will be a wonderful experience for anyone who comes out to see the show,” she commented.

The expanded area for actors makes putting on a large-cast musical like ‘Mamma Mia!’ a lot easier, according to Student Director Avery Menacher.

“We have a ton of talented girls, and this is a show that really features them in both the leads and the many ensemble numbers,” added Graham. “Once we held auditions, I decided to double cast the four lead girls because I wanted to showcase as many girls as possible.”

“Mamma Mia!” was a stage show that ended a 14-year run in 2015, at that time making it the ninth-longest running show in Broadway history. It was followed up by a 2008 movie starring Meryl Streep.

The plot revolves around an independent European hotelier who is preparing for her daughter’s wedding. Sophie, the spirited bride, secretly invites three men from her mother’s past in hopes of meeting her real father, and for him to escort her down the aisle.

“‘Mamma Mia!’ is, personally, one of my favorite shows because it is just so high energy, and it’s songs that everyone is familiar with, and people come out singing,” said Long.

Those songs include “Dancing Queen,” “Super Trouper” and “Mamma Mia.”

The set design by Sydney Buchanan was created in Monticello High School's Drafting with AutoCAD class, which is a dual credit class with Parkland College. The art students of Ryan Stripens will then paint the set.