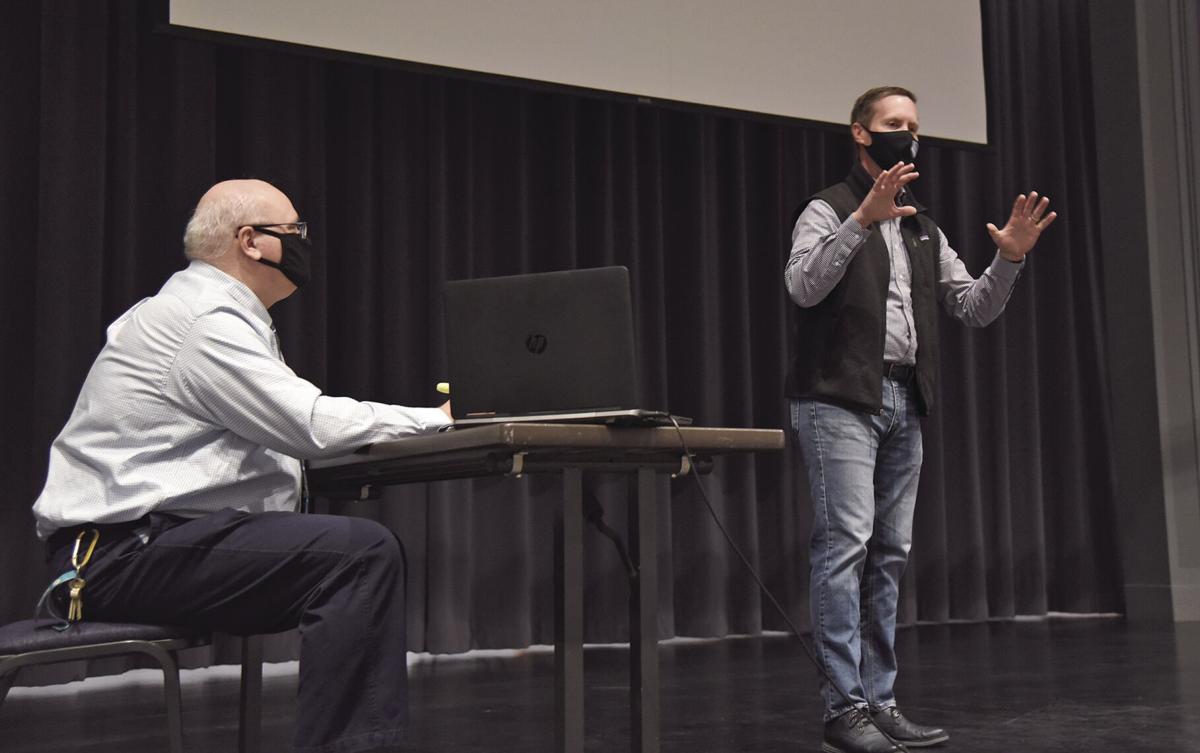 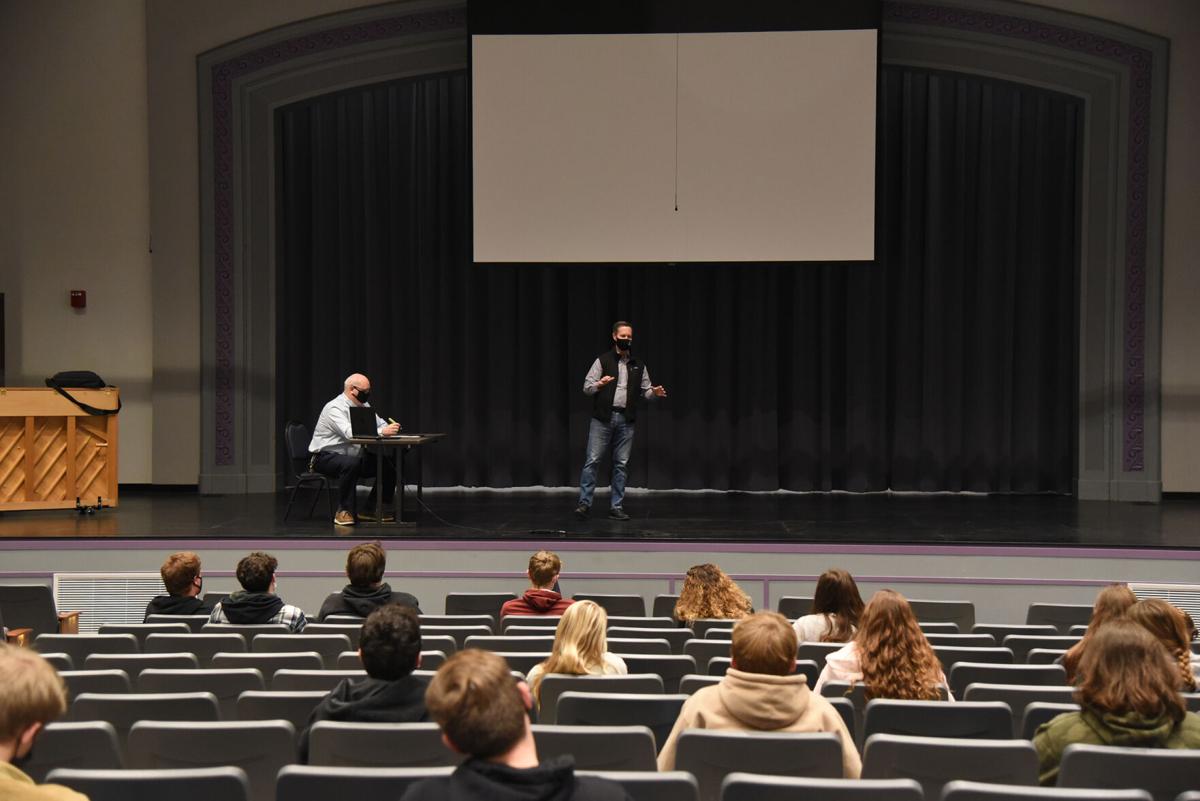 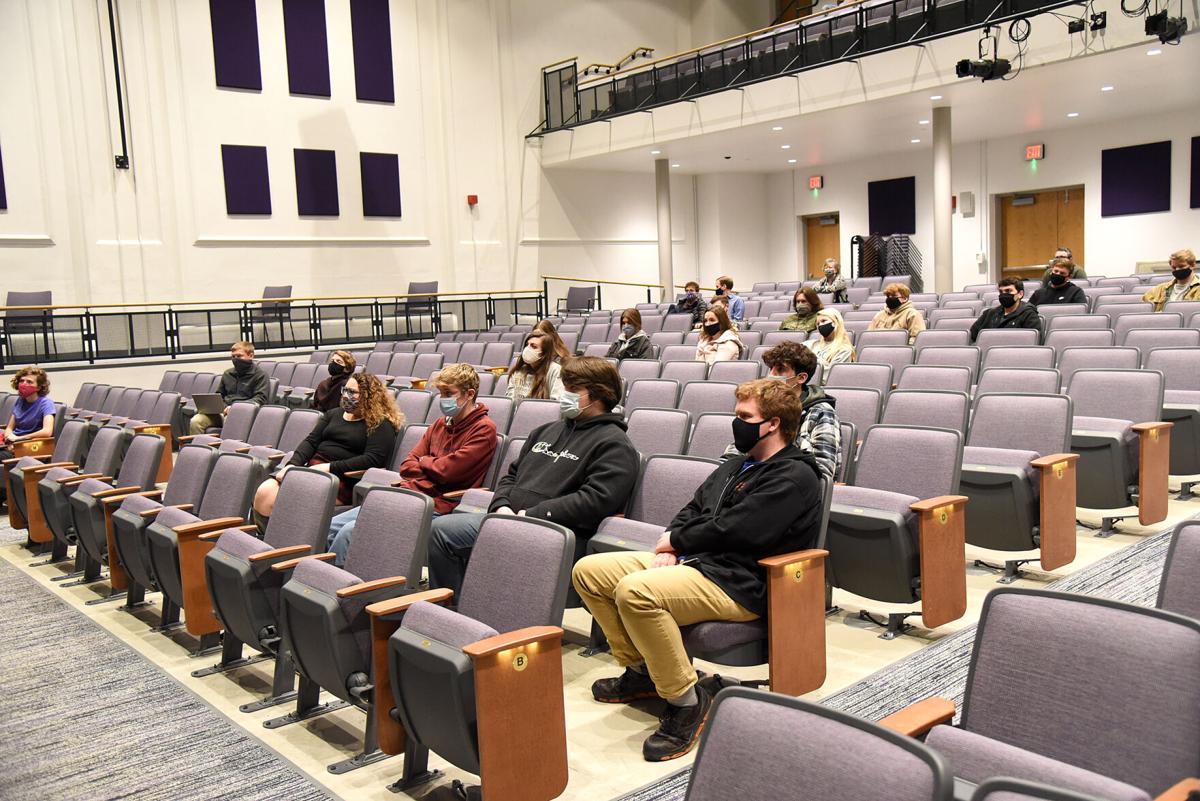 “Politics has become more about coming to places and talking about what is not true because of what they read on social media, or have heard on certain stations that they get all their news from, versus what we’re doing,” the Taylorville Republican told a current-events class Tuesday at Monticello High School.

The 13th District representative said he supported Donald Trump for president but thought that “bad advice from his legal team” led to the barrage of unfounded claims of voter fraud, all of which were rejected in various courts around the country.

On Wednesday, Trump supporters stormed the U.S. Capitol after the president exhorted them to march there at the end of a rally, breaching the seat of Congress as it convened to certify the Electoral College vote that declared Joe Biden as the next president.

Davis that day included digging out gas masks in case they were needed, but he said the scariest moment came when lawmakers were evacuated from their chambers as rioters stormed inside.

“I was carrying my colleague down the stairs and we heard somebody say ‘gunfire,’” said Davis, who at the time was helping a fellow lawmaker who has been undergoing treatment for cancer.

Davis said when he returned to the building later that evening after police had cleared out the rioters, it was a scene he will not forget.

“I saw tear gas on the first and second floor that I have never seen. A crime scene where a lady was shot trying to enter into the speaker’s lobby to get onto the house floor,” Davis said. “And what will stick with me is the sheer exhaustion of the Capitol Police officers and other law-enforcement officers who were sitting around some of our most hallowed areas of our nation’s Capitol.

“They were exhausted from the fight.”

It was the second such incident for Davis, who was practicing for a congressional softball game in 2017 when a gunman opened fire, injuring six.

“That experience made me better prepared for what I went through on Jan. 6,” he said during his 35-minute talk to students in Doug Kunde’s class. “And I’d rather not go for a three strikes. I’d rather keep it at these two.”

Lawmakers were hustled off to secure locations for five hours before returning to certify the vote.

While speaking out against the riots Davis said he would vote against a second impeachment of Trump, explaining that he believed it was politically motivated.

“The impeachment of the president is being rushed through,” he said. “It has the potential to disrupt what our forefathers wanted the impeachment process to be, and I’m going to stick up for the constitution tomorrow and vote against it, because this impeachment is nothing more than politics. They are rushing this through for politics, and it has the possibility to cause more violence.”

Asked to what degree Trump is responsible for last week’s violence at the U.S. Capitol building, Davis said in a separate interview Tuesday with The News-Gazette: “The words he used, and that some of my Republican colleagues used — I hope they’ve regretting it.

“And at the same time, I hope Nancy Pelosi regrets the terrible rhetoric” that he believes helped incite the shooter who attacked him and other House Republicans at the 2017 baseball practice, he said.

On Tuesday, Trump said his remarks last week to a rally before the violence were “totally appropriate.”