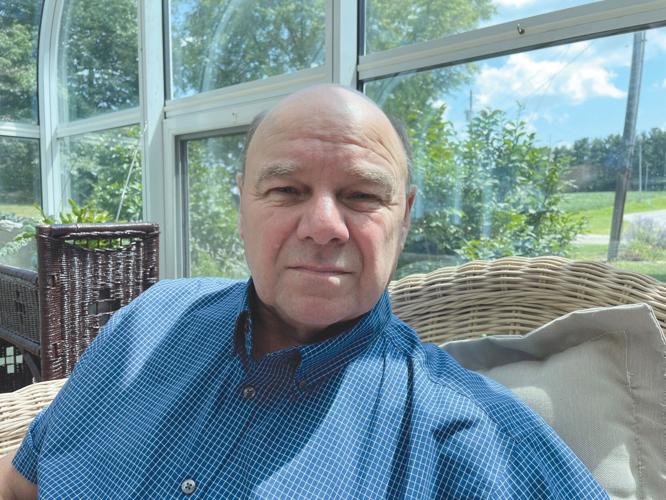 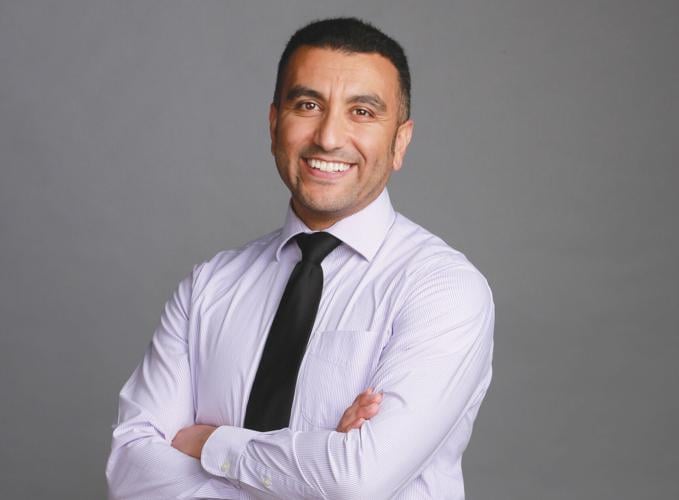 MONTICELLO - No one wants to deal with serious cardiac events. But for Craig Webb, it’s a chapter of his life he’s learned to live with over the past two decades.

“Once you’ve been around the block, you know when to turn,” Webb says.

In July, Webb, a self-employed businessman from Monticello, found himself at OSF HealthCare Heart of Mary Medical Center in Urbana, after experiencing chest pressure and high blood pressure. It turned out to be nothing serious this time. But he got reacquainted with a typical but important procedure for people dealing with an urgent heart problem: angioplasty.

Tariq Enezate, MD, is the cardiologist who performed Webb’s angioplasty.

He says the procedure is one of the first ways to deal with blocked arteries in the heart. This could be during an emergency, like a heart attack, or for a known, long-term blockage that’s causing chest pain or tightness.

Doctors start by finding an artery in the patient’s wrist or groin.

“We use a very small catheter, which is like a long tube, which goes all the way up to the heart,” Dr. Enezate explains.

Doctors then use contrast and an X-ray camera to see how much the arteries are blocked and what’s needed next. That could range from sending the patient home with medicine up to performing open heart surgery.

Webb says his angioplasty – and his whole experience in the hospital – was mostly seamless. And would know the inner workings of a medical facility. He’s on the governing board of the hospital where he lives.

“The communication with the patient about why you’re here, what’s going to happen, when we’re going to do stuff,” Webb says. “And pretty much stick to that schedule.”

What to do if it happens to you

People experiencing symptoms of a cardiac event – chest pain, shortness of breath, dizziness and nausea – may debate where to go: their local urgent care or the emergency department at a hospital. Dr. Enezate admits it’s a tough question, but he says it comes down to knowing your body.

“If the patient is having sudden chest pain, they’ve never had it before, they don’t know what it is,” Dr. Enezate says. “I think it’s time to seek medical advice and go to the ER.”

Dr. Enezate adds that if you have a history of cardiac events and your treatment regimen isn’t making the new pain go away, head to the emergency department.

On the other hand: “If the patient has been having some chest tightness for a long time, it’s predictable,” Dr. Enezate says. “They know ‘Okay, if I walk three blocks, I feel it. I have to slow down.’ Maybe seek advice with primary care first.”

But go somewhere, Webb says. Don’t think you can weather the storm without medical professionals.

“Don’t wait until you can’t go or you have to call an ambulance,” Webb says. “When you don’t feel right, go to the emergency room and get checked out. You’re better off going and saying ‘There’s nothing wrong’ than not having that expertise available.”

And exercise and eat right.

“I’m a stockholder in McDonalds, but I don’t eat there every day,” Webb quips.

Learn more about heart care on the OSF HealthCare website.

This story was submitted by OSF HealthCare Heart of Mary Medical Center, in Urbana.