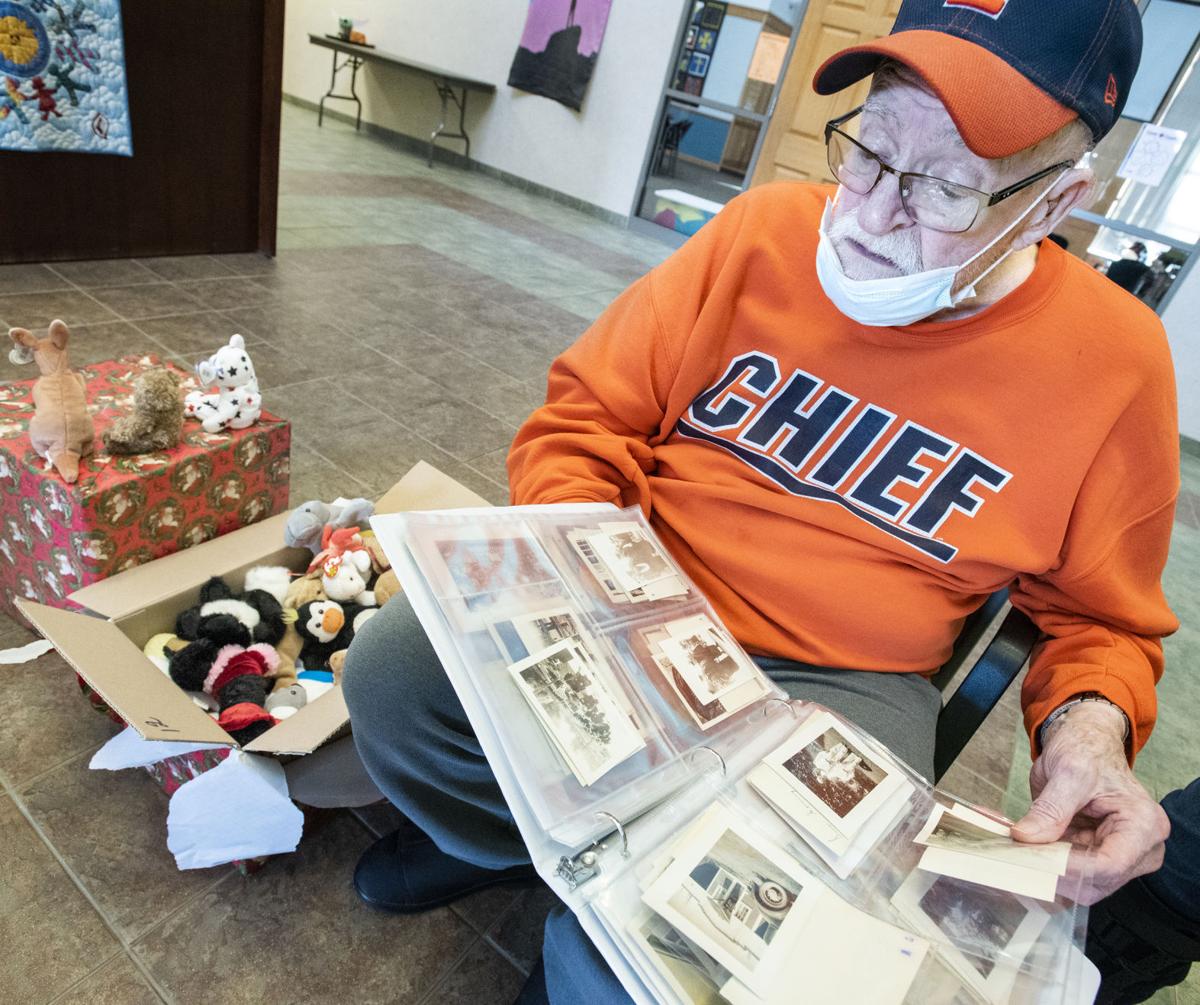 At right, Chuck Cookson looks at pictures from the 1930s after he donated two boxes of Beanie Babies to the Cunningham Children’s Home on Friday in Urbana. Cookson, now living at Maple Point in Monticello, was a resident of the home when he was a infant. 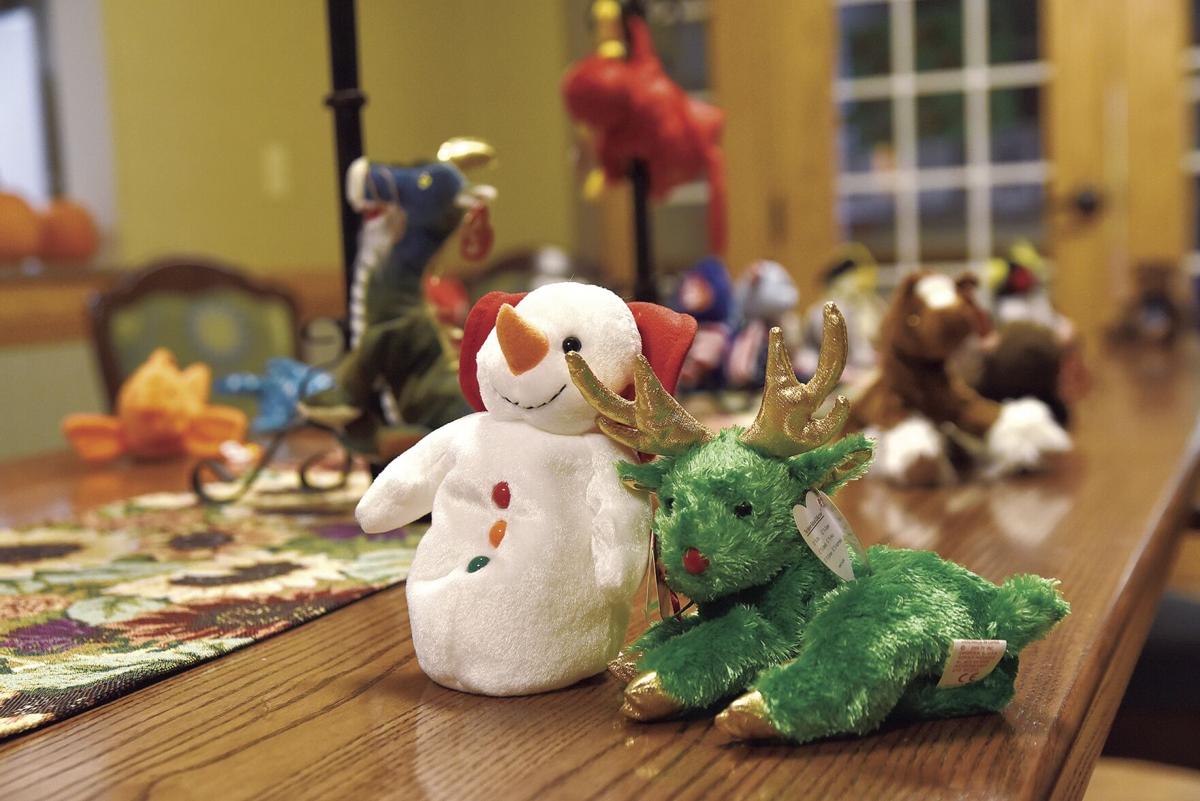 Pictured here are some of the Beanies that Chuck Cookson has collected at Maple Point Supportive Living in Monticello.

At right, Chuck Cookson looks at pictures from the 1930s after he donated two boxes of Beanie Babies to the Cunningham Children’s Home on Friday in Urbana. Cookson, now living at Maple Point in Monticello, was a resident of the home when he was a infant.

Pictured here are some of the Beanies that Chuck Cookson has collected at Maple Point Supportive Living in Monticello.

Chuck Cookson was too young to remember his brief time at Cunningham Children’s Home 90 years ago, but he hasn’t forgotten the fact they took him in after his mother abandoned him as an infant in Peoria.

On Friday he delivered two gift wrapped boxes of Beanie Babies – as well as his thanks – to Cunningham, flashing a trademark smile that has won over fellow residents and staff at Maple Point, where he has lived for four years.

After being sent from Peoria to the Urbana-based agency in 1930, he was adopted a short time later by a Rantoul couple, moved around as the son of a military father, then spent 50 years as a salesman in Mattoon. These days he enjoys Bingo – and the Beanie Baby prizes he collects when he wins – several times per week at Maple Point Supportive Living in Monticello.

As the stuffed toys pile up, he passes them on to others: Churches first, and for the last three years the Cunningham Children’s Home.

The main idea in his message of giving is to show appreciation for life, which he noted can be a roller coaster, but is always worth living.

“We all have hills and valleys in our lives. There will be a good time, then it goes downhill, and then it goes back up,” said Cookson. “And we’ve been tested this year.”

Cookson has given Beanies away for a few years. This year was the first time he rode along to help make the delivery.

It was also the first time he had been to Cunningham in nearly 90 years.

Maple Point Supportive Living Director Stacy Cribbs said it is an example of the “giving spirit” Cookson has exhibited his entire time at the Monticello facility. He used to send cards to former church members and friends in Mattoon, but a decline in handwriting ended that effort.

“But he found another way to give,” said Cribbs of his Beanie Baby donations.

“I enjoy playing Bingo, and that’s the only thing I’ve collected is these Beanie Babies. And I give them away because they were given to us,” said Cookson.

When others caught on that he was collecting them to give away, they also jumped on board, donating their own prizes to Cookson’s cause.

“After everybody’s done playing Bingo, here come the guys and the gals, and they’ve got one or two, so I end up with five or six that I take back to my room,” he said.

About 100 ended up at Cunningham on Friday.

“It was a bumper year,” joked Cookson.

“It’s really lovely, because people in the community donate, his neighbors here donate, and then he donates it right back to somebody. So it’s a lovely thing,” she said.

“It’s special when our supporters understand that their generosity, even in a seemingly small act, has the power to positively impact the life of a child and create hope,” she said. “Whether it is clothing, personal hygiene items, school supplies, or something special like books, sports equipment, quilts or toys, they all help meet the daily needs of our kids and also provide the extras for Christmas, birthdays and other special occasions that make childhood memorable.”