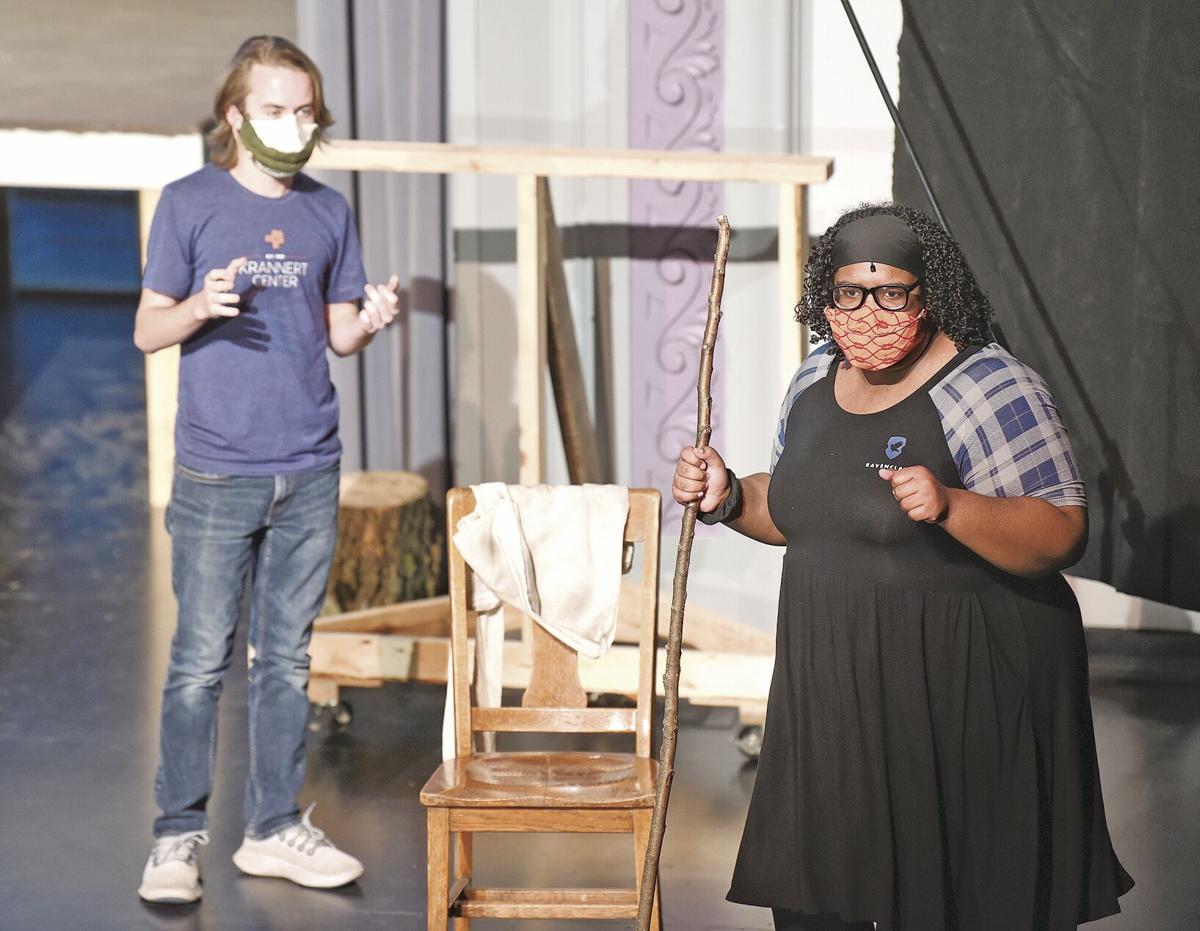 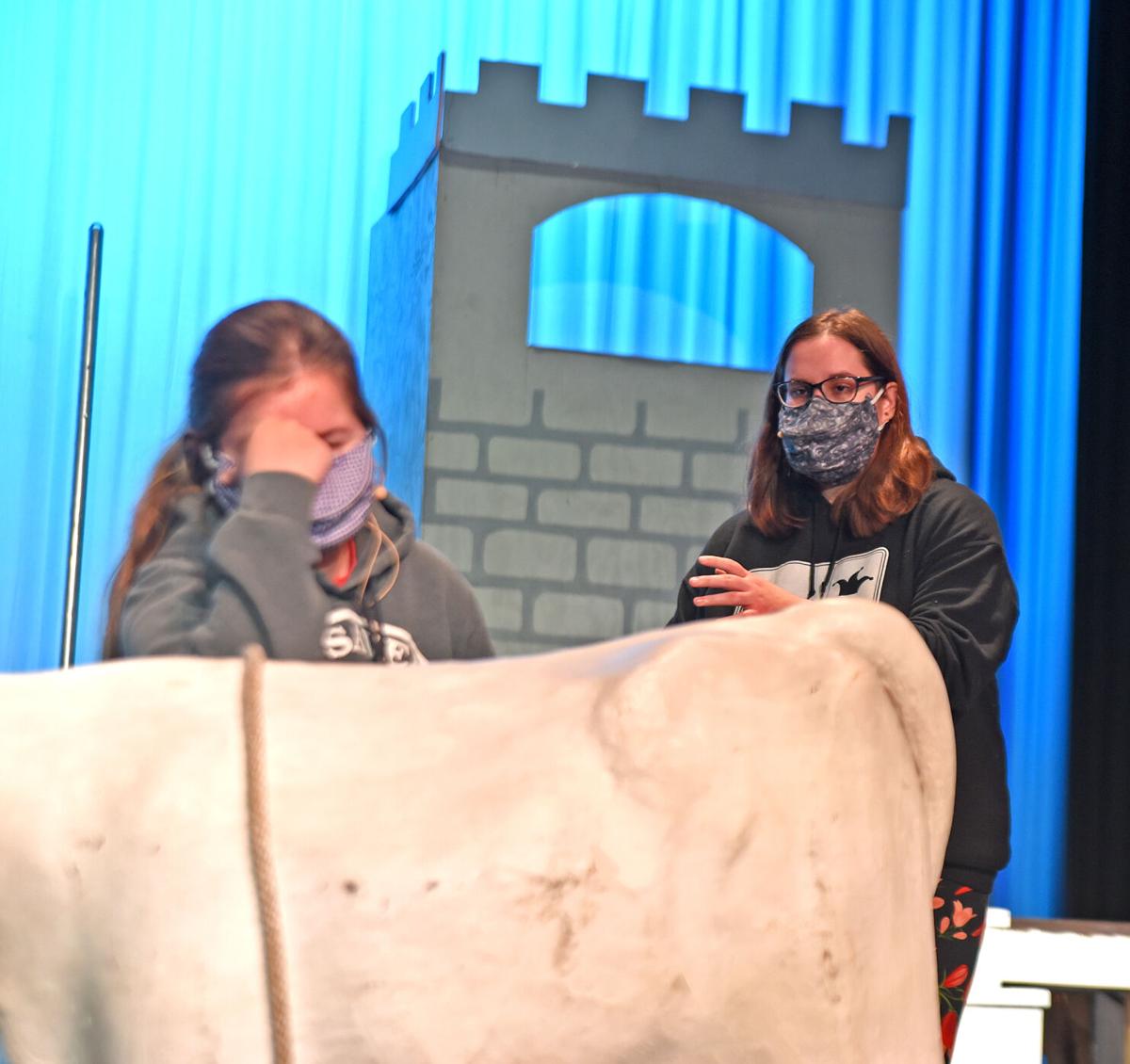 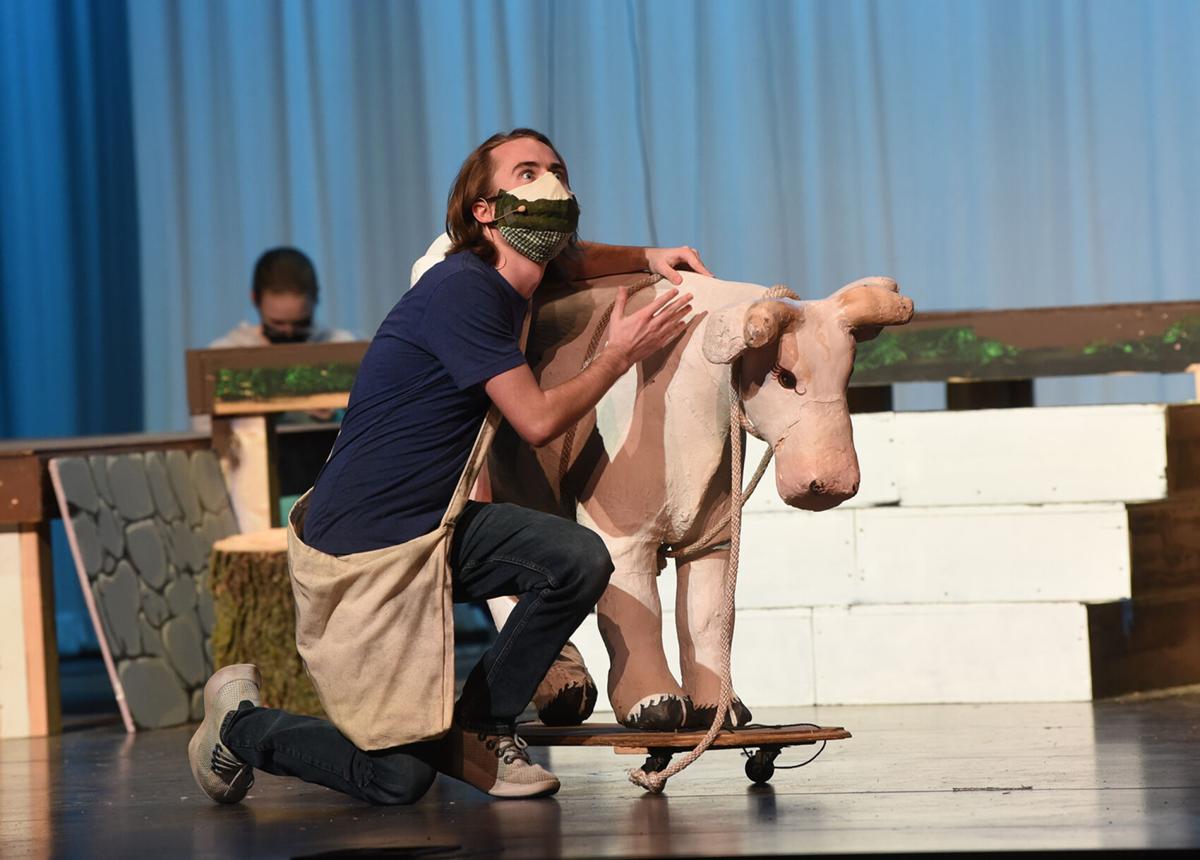 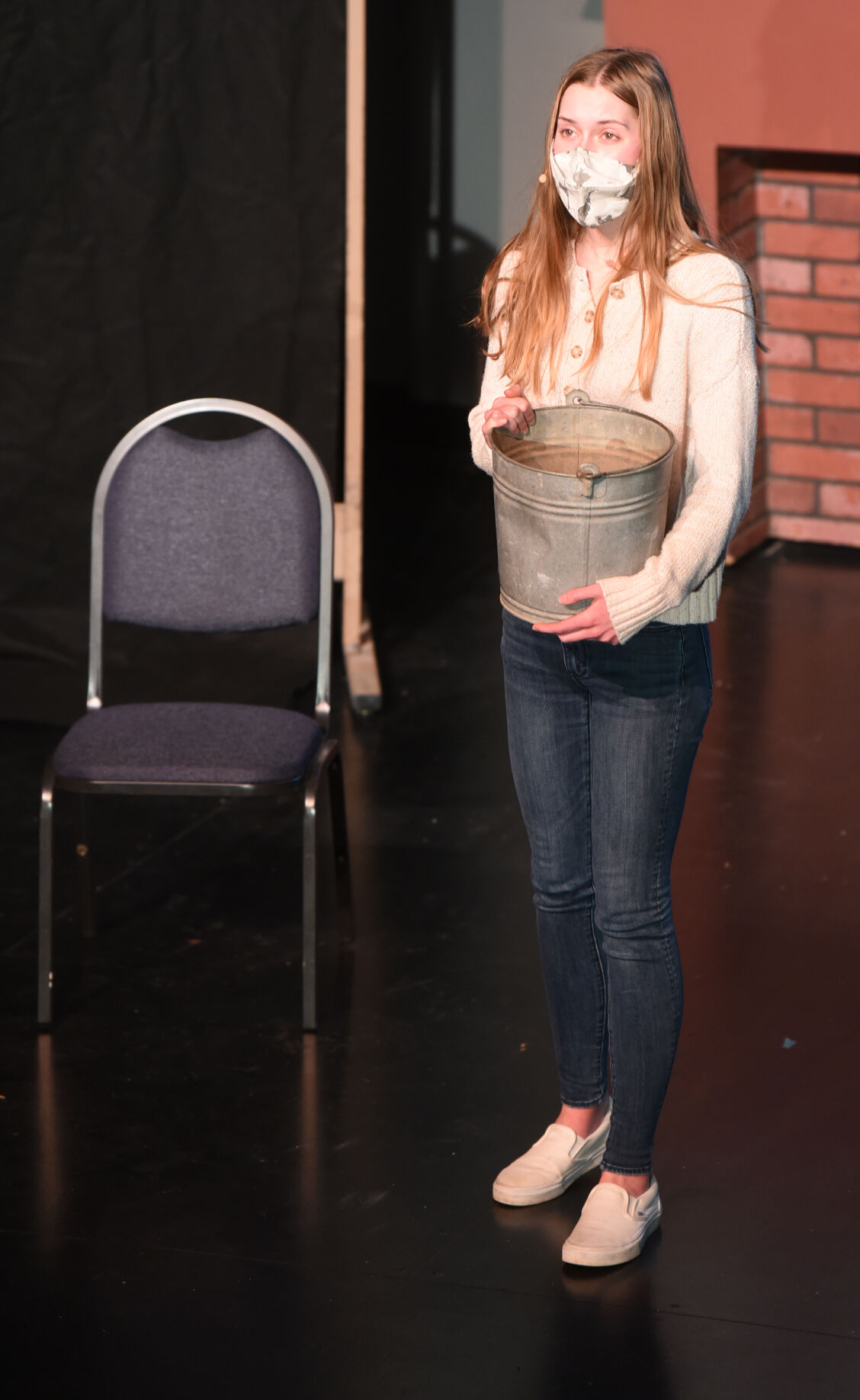 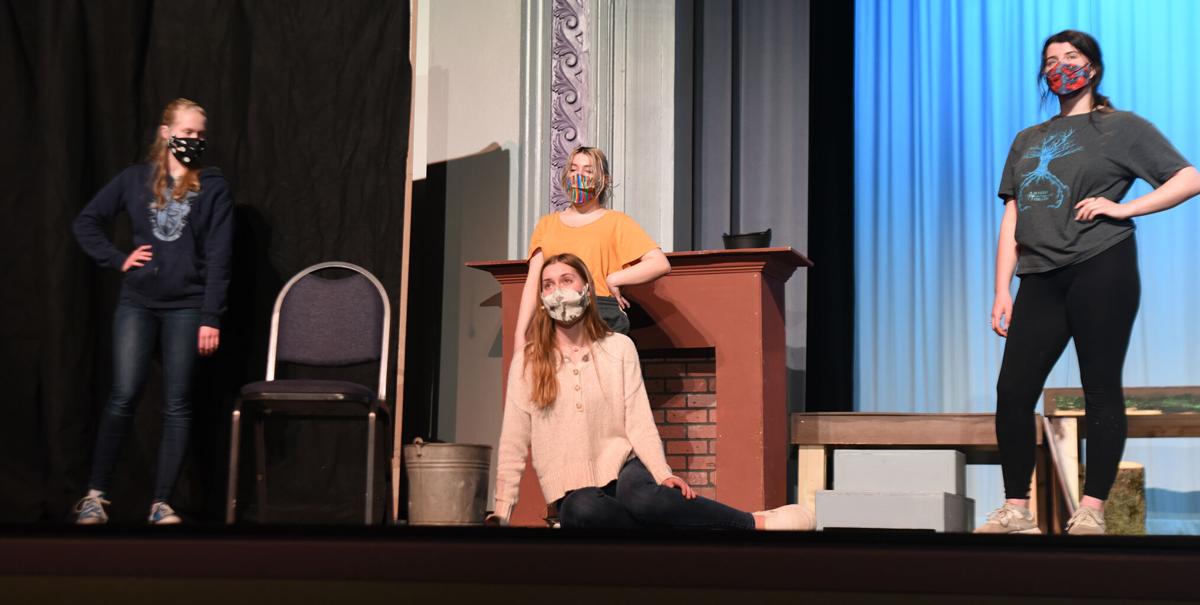 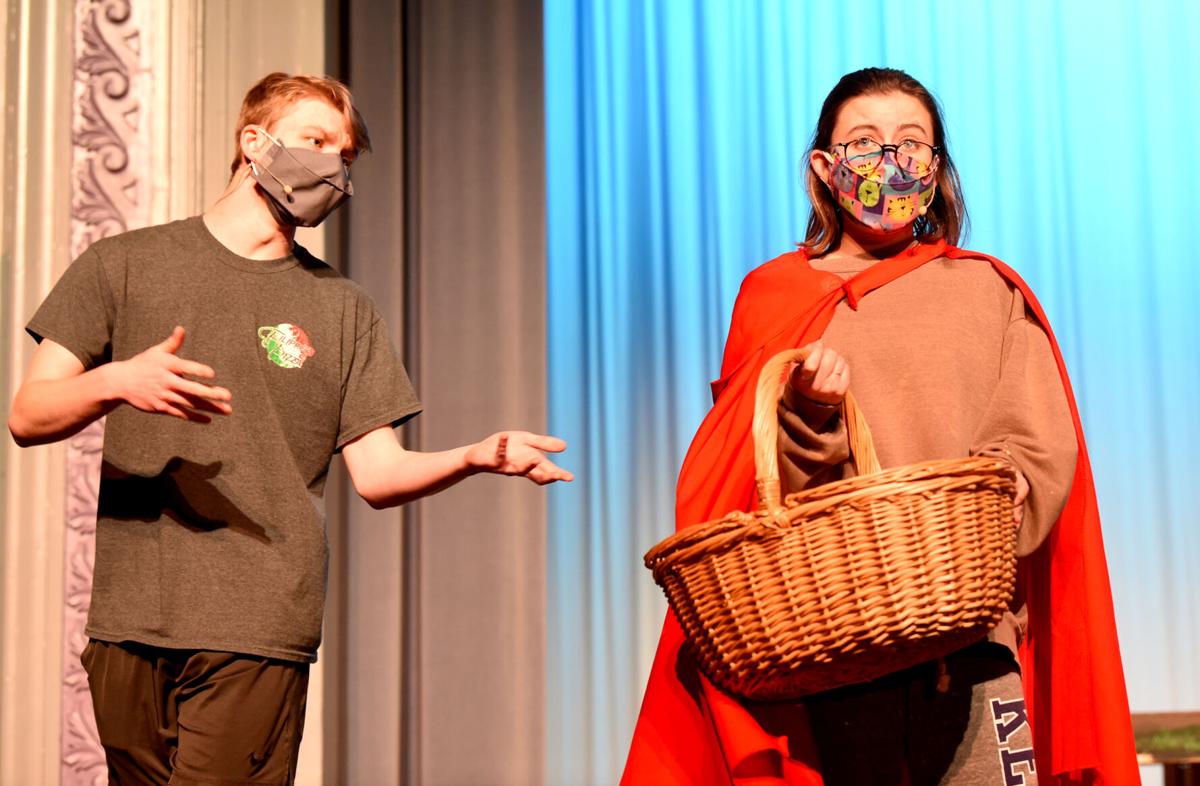 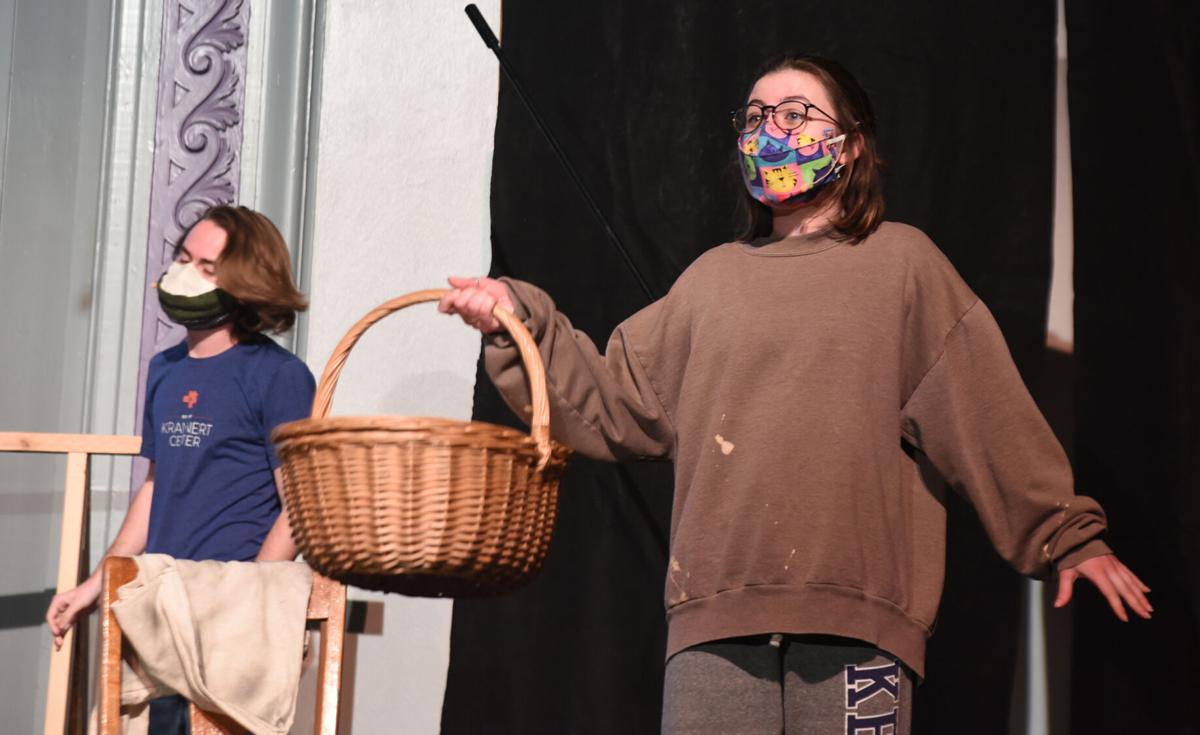 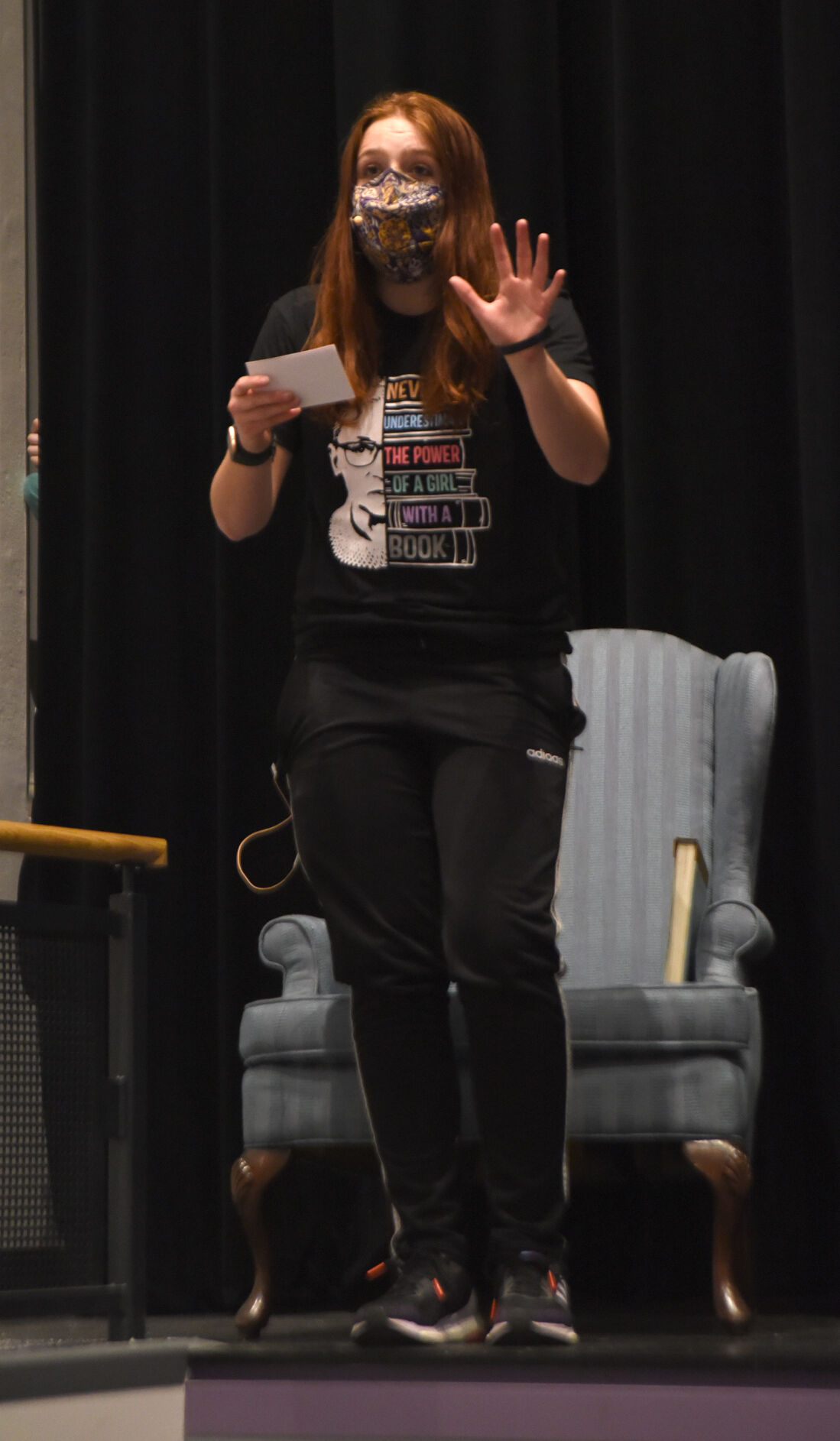 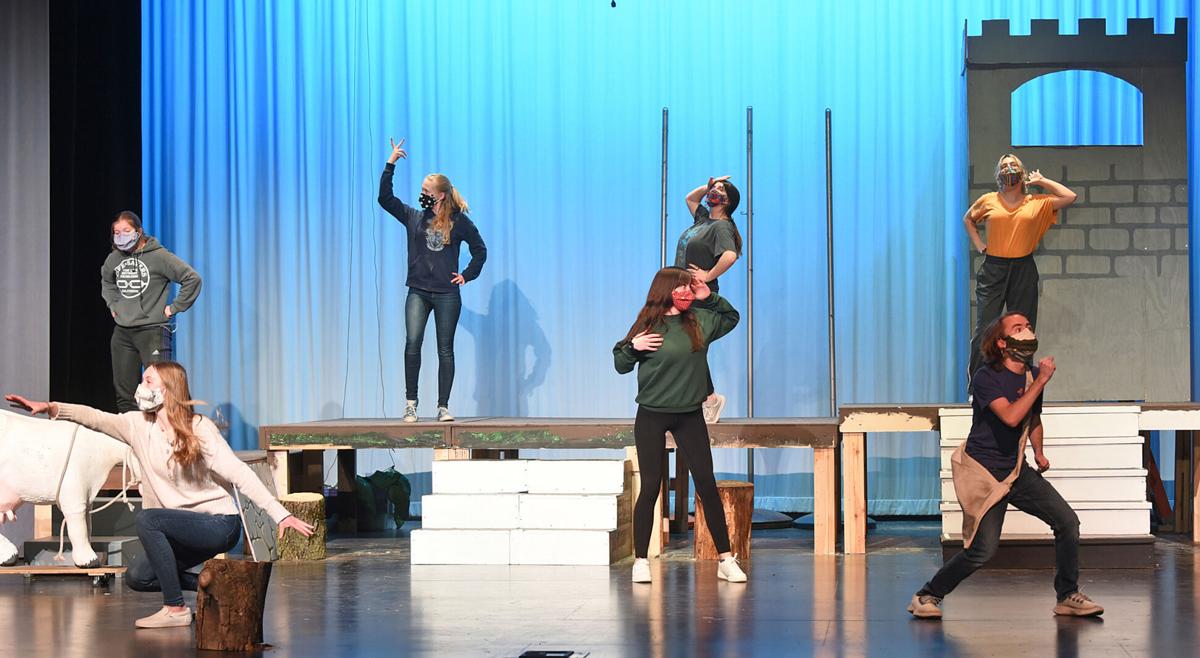 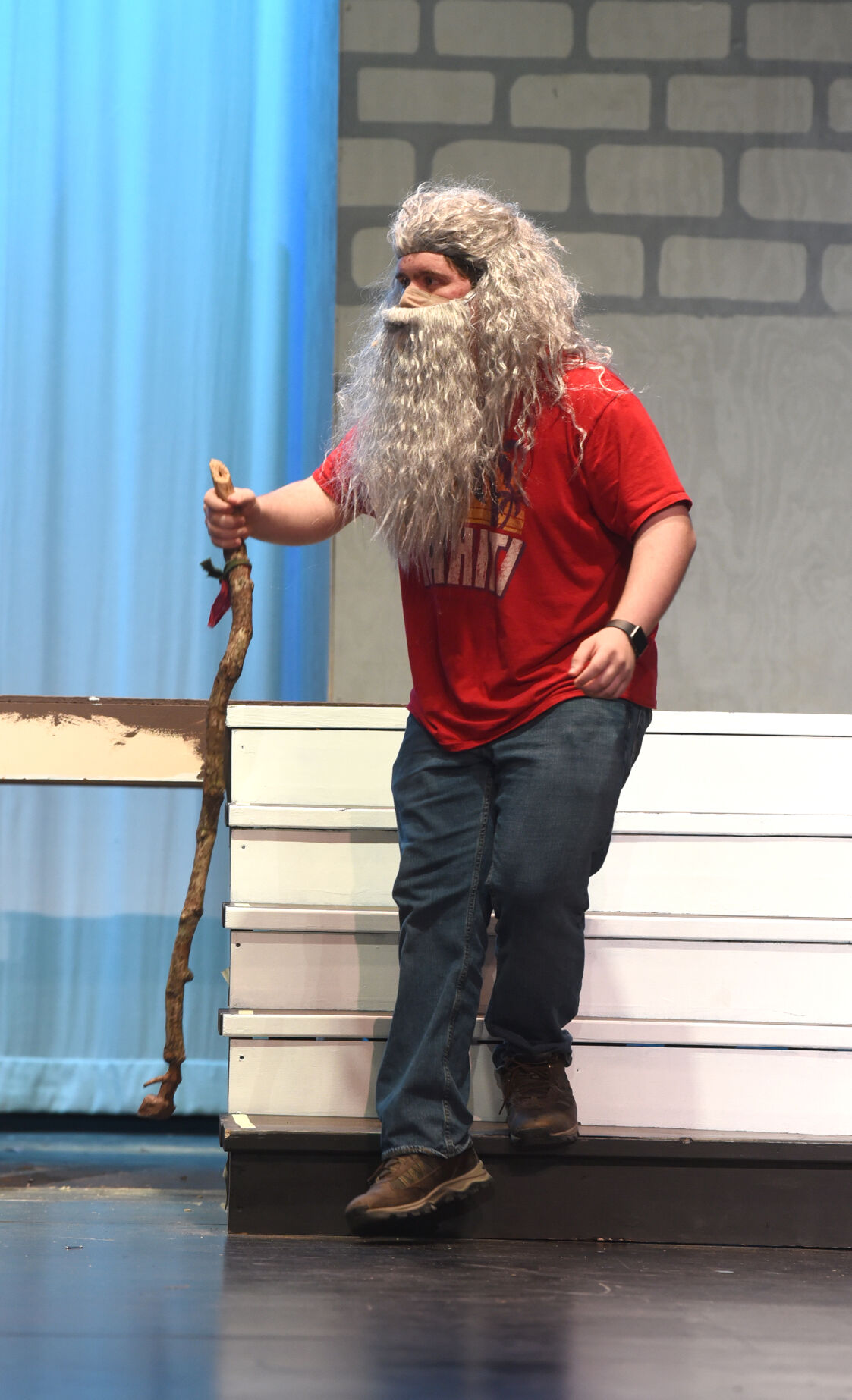 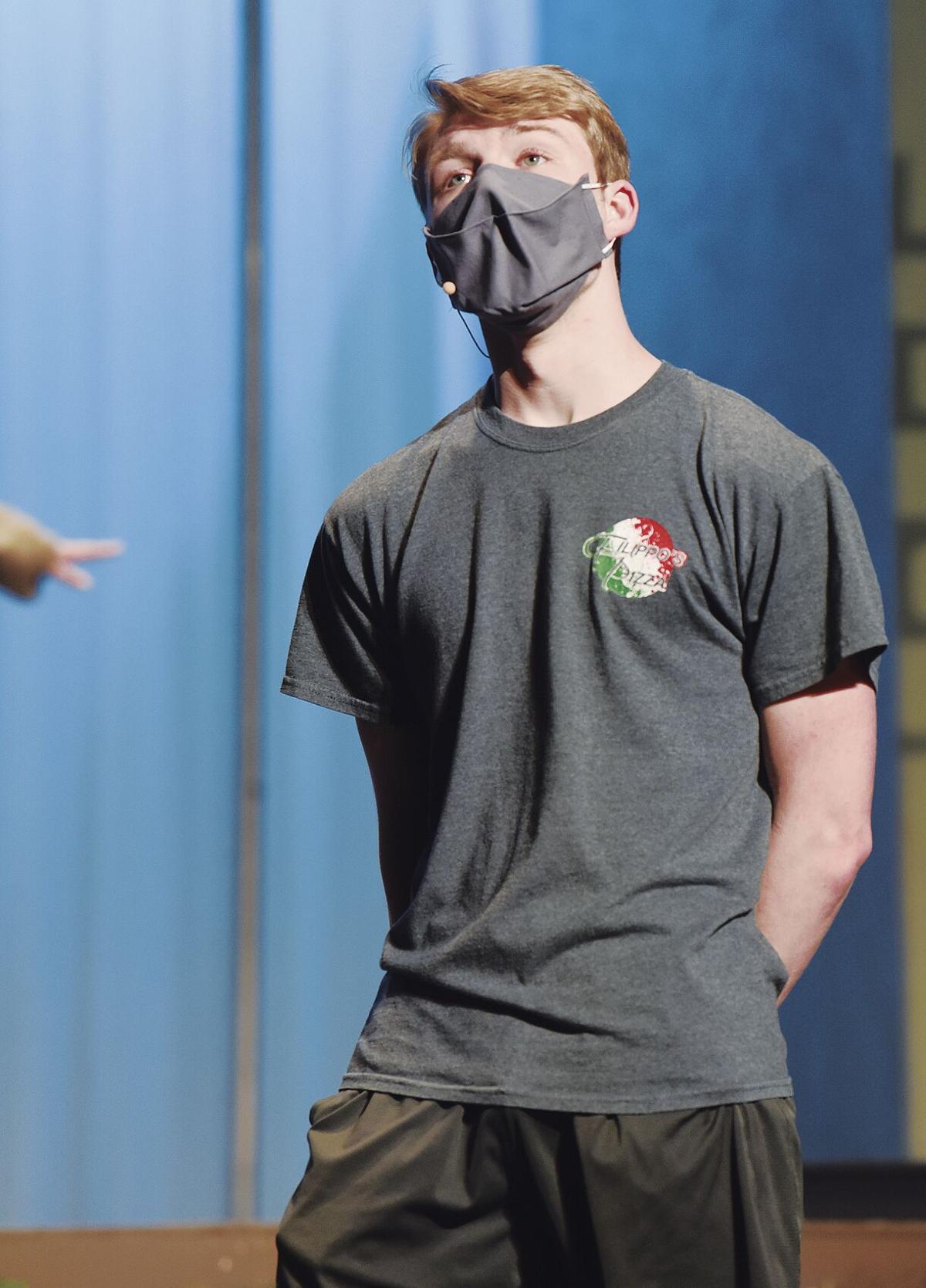 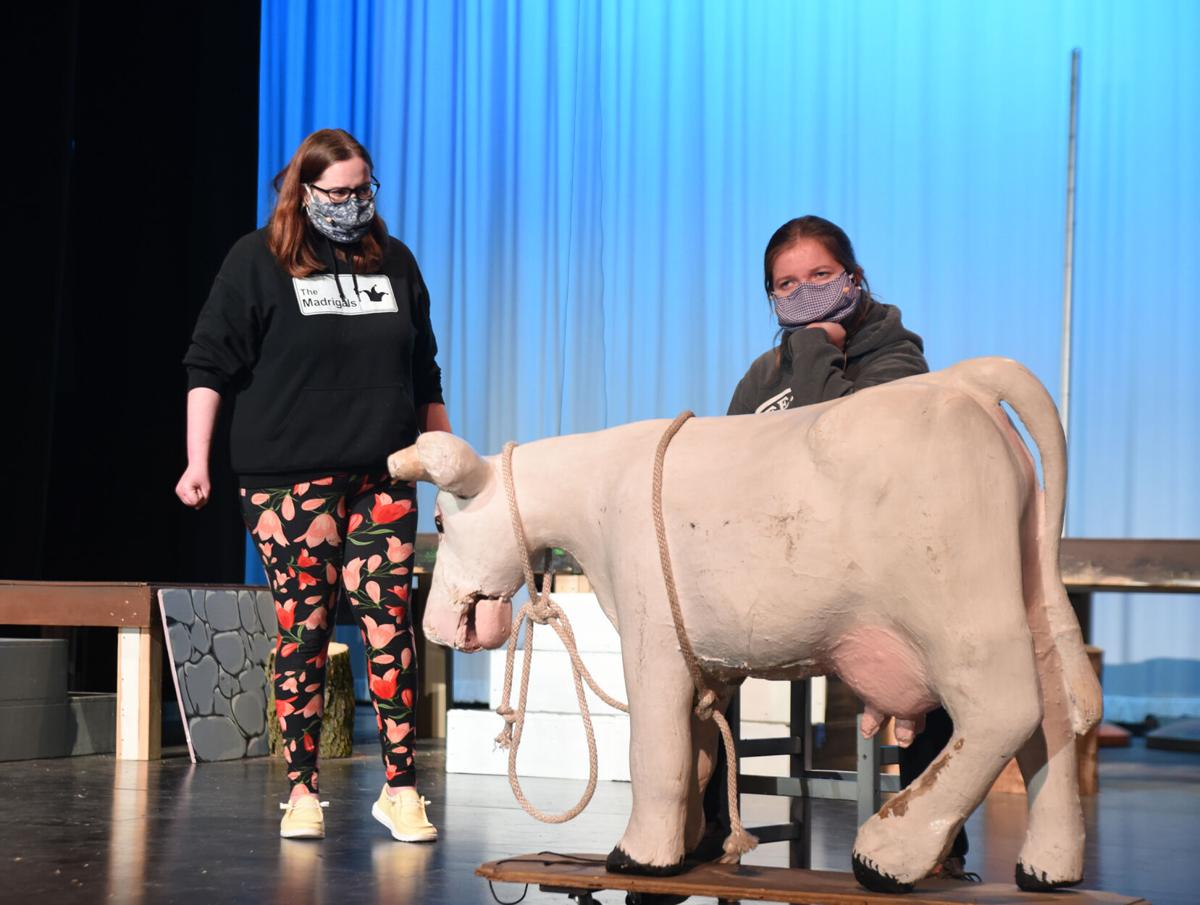 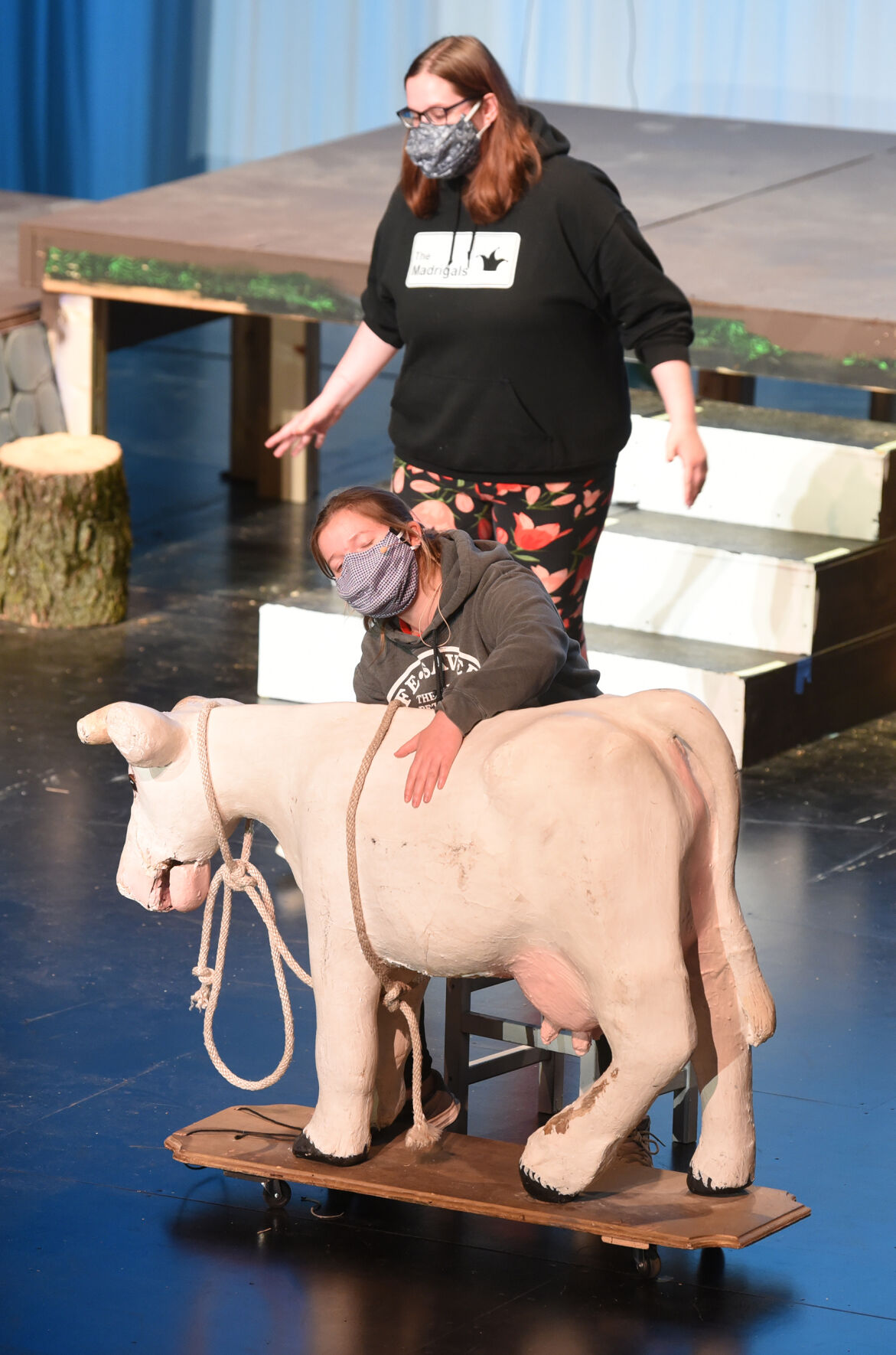 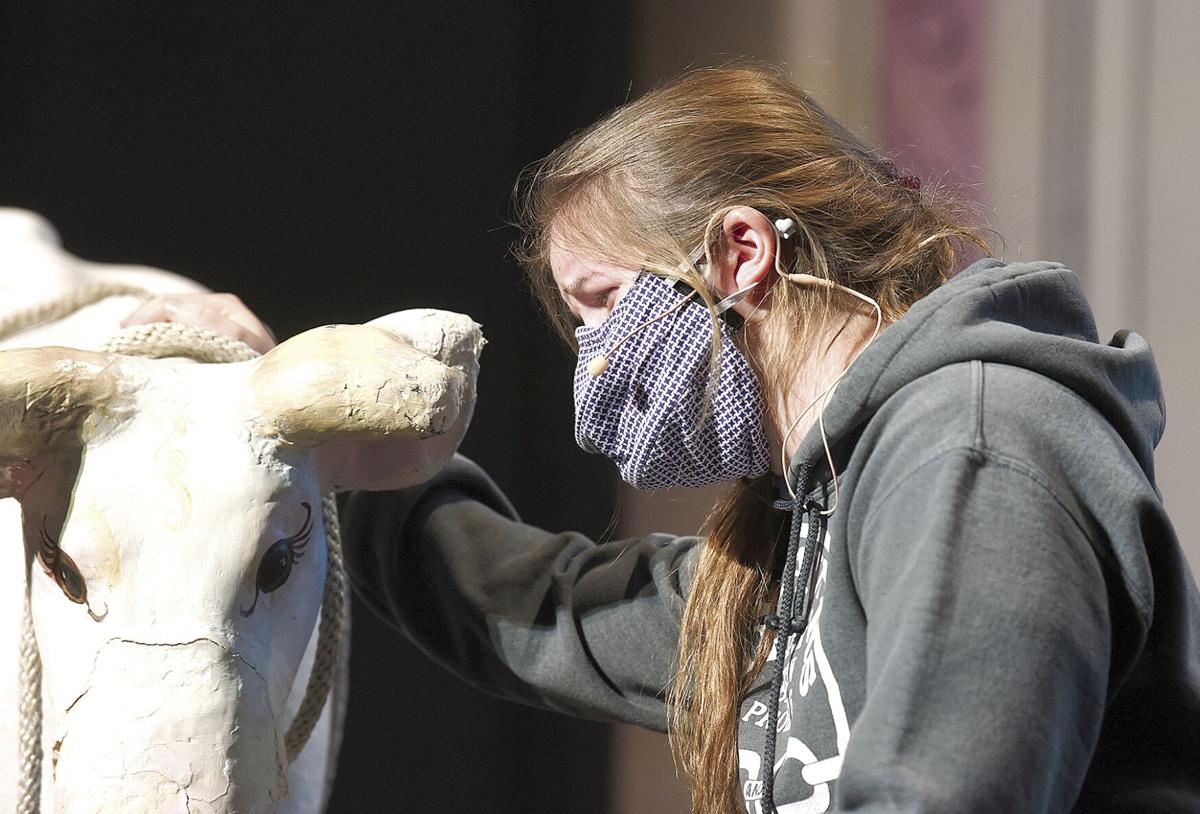 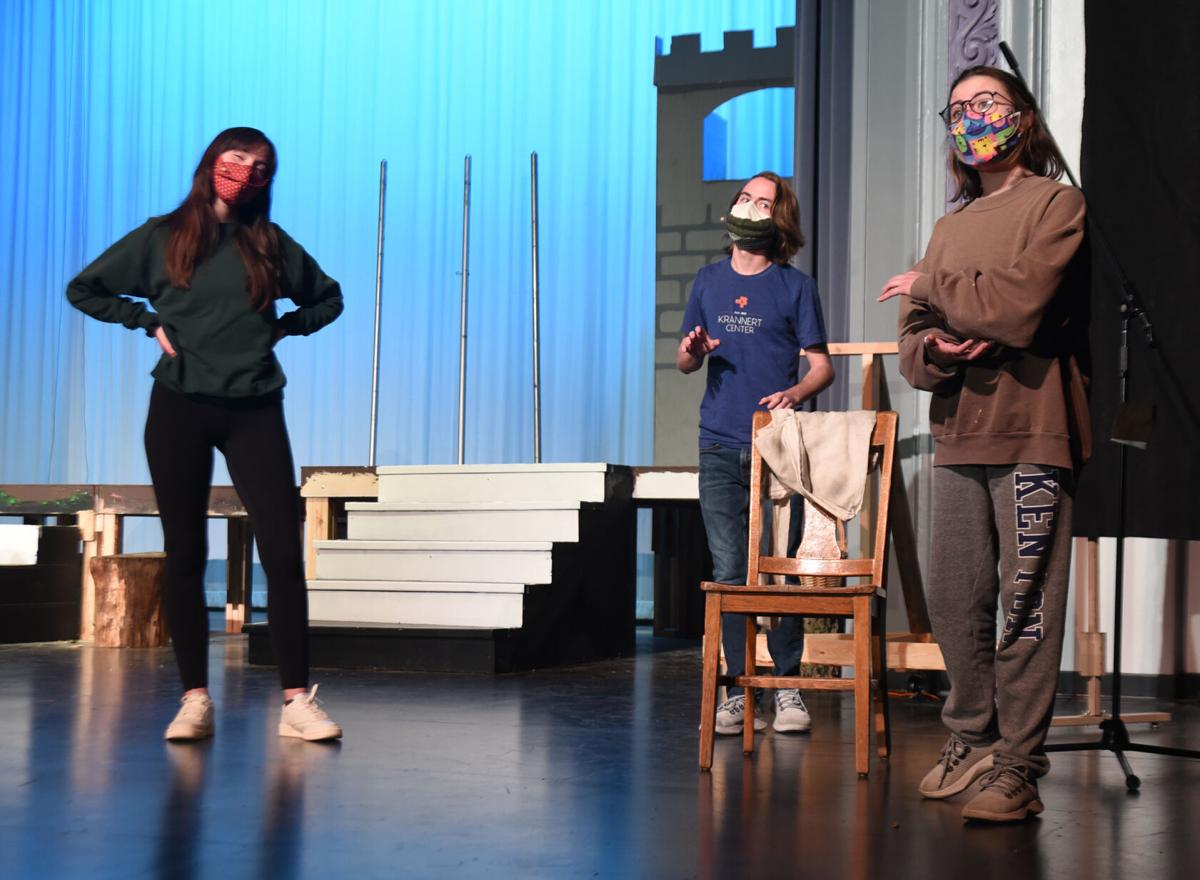 MONTICELLO — Ever since she played the witch in “Into the Woods” during her college years, Monticello High School theater director Nicki Graham has always wanted to help bring the musical to another stage.

“I always promised myself that one day I would direct it, but I had to have the right cast,” Graham said of the fairy tale story that includes challenging vocal pieces written by Stephen Sondheim.

“This year’s group is that cast, and I love everything about the show: The music, the characters, but especially the themes of life, love and loss; the idea that no one is alone, because our actions affect others; and that people never really leave us because the impact they’ve had on our lives — both good and bad — have lasting effects.”

MHS thespians will present the musical to a limited crowd at the high school theater April 8-11. Tickets are available by emailing assistant director Amy Malone at malam@sages.us.

The Broadway hit that later became a star-studded movie weaves together several of the Grimm Brothers’ more well-known fairy tales.

“It’s a combination of fairy tale stories, with Cinderella, Little Red Riding Hood, Jack and the Beanstalk, but it’s written in a sort of way where they’re combined all together with these characters wanting their wishes in the first act, and in the second act they see consequences of that,” said senior actor Ben Keating, who plays the part of the baker.

“I was very excited for this musical, because the music is much more fast-paced, and the amount of time we had this year (to prepare) was shorter, so I was nervous about it, but really excited to get it going,” added Anna Peterson, another senior who plays the part of Rapunzel.

As the wishes of the well-known fantasy characters are pursued, they tie together into a baker and his wife’s pursuit to have a child, which means gathering certain items for the witch (Addi Barclay) next door.

It takes a musically talented cast to pull off “Into the Woods,” from its tongue-twisting “It’s Your Fault” to the power-ballad feel of “Last Midnight.”

Throw in actors performing in masks, and it makes for a challenging endeavor.

“Honestly, when I told friends in theater I was picking this show, they almost all said, ‘Oh, that is really difficult music,’” Graham said. “I felt like people were questioning my sanity, but this cast has handled the music like pros from day one.”

The larger stage — part of an auditorium renovation completed just over a year ago — helps spread out the actors and singers to meet COVID-19 protocols, including mask-wearing for the performers.

“The scenes are blocked so students are social-distanced, and we eliminated all partner dancing. At first I worried this would make the show seem like a concert rather than a musical, but I feel like the students are so good that you forget about the masks and the social-distancing within the first few scenes,” Graham said.

MHS thespians have needed to be diligent, as rehearsal time was shortened once the April debut was decided upon.

Keating — a big fan of Sondheim — was all in from the first rehearsal.

“We have done some happy-go-lucky musicals like ‘Mama Mia’ and ‘Legally Blonde,’ and this is the first one we’ve done in a while that’s more dark, serious, witty. I loved that about it going in, and I’m even more excited now,” Keating said.

Favorite songs in the musical?

Graham: “Your Fault,” “Stay With Me,” “Children Will Listen.”

There almost wasn’t a live show

A show was being planned no matter what, even if it was online-only with no live audience. That morphed into the possibility of a live show in June, but when gathering guidelines eased in February, April dates were chosen instead.

“Our administration has been really supportive and helped us figure out a way to rehearse and perform safely. Now that guidelines have changed, we are excited to have a good-sized audience each night,” Graham said.

Attendees who have received their COVID-19 vaccinations will sit in the balcony, while others will be spread apart on the main floor, seated by families. All spectators will be required to wear masks.

The configuration will allow about 185 to see each show, about half of the auditorium’s capacity.

“I think we are all just so grateful that we have been able to do theater this year. It has been a real joy in a year where students faced so much uncertainty,” Graham said.

Rehearsals got off to a rocky start, with several participants quarantined due to school COVID safety guidelines.

But then again, that’s what video conferencing is for, right?

“We’d sit on Zoom on a computer and watch rehearsals,” Peterson said.

She is thrilled that, despite the challenges, the musical has come together so well.

“With all the uncertainties that we’ve had, it’s amazing that we’ve been able to put this all together.”

“I thought we weren’t going to do a musical, we’d just go on with our lives, lose a musical, and they said ‘musical in April! Get ready!’ And it was pretty unbelievable,” he said.