You have permission to edit this article.
Edit
Home
News
Sports
A & E
Business
Obituaries
Multimedia
Announcements
Classifieds
1 of 4 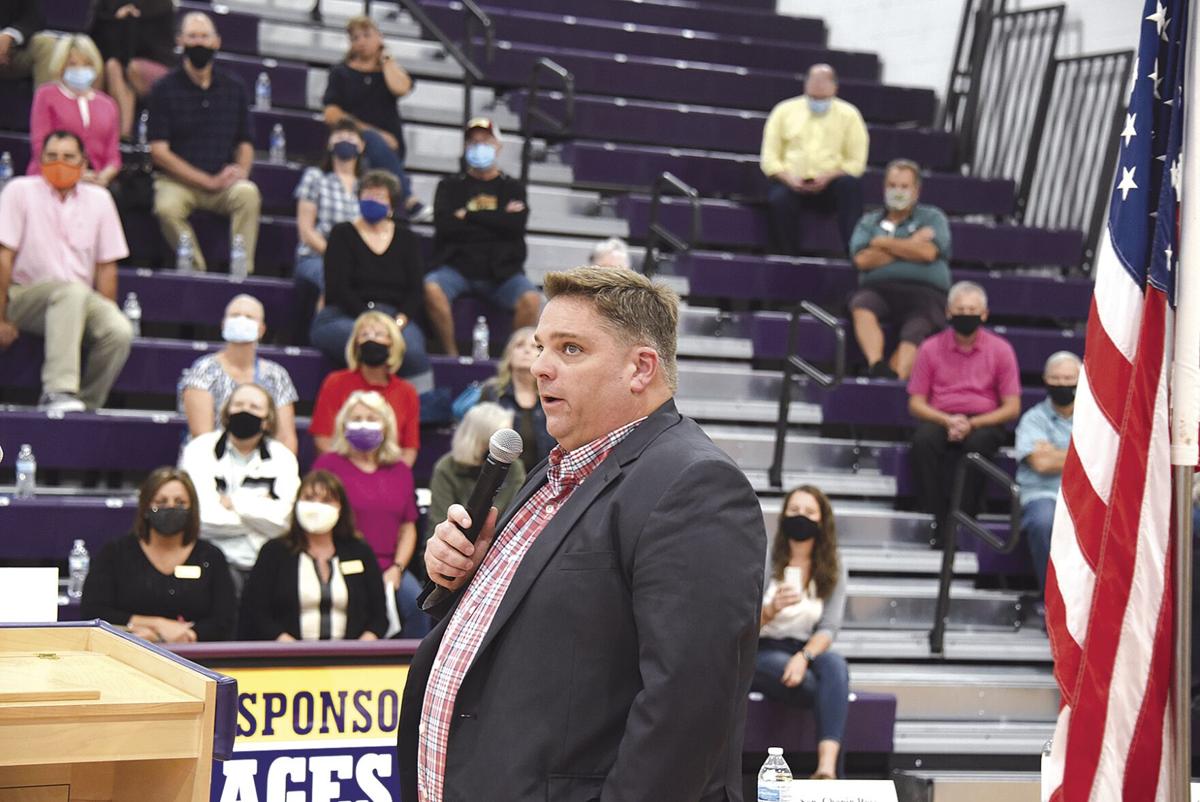 Senator Chapin Rose (R-Mahomet) looks at a slide presentation at a meeting held in Monticello on Oct. 5. 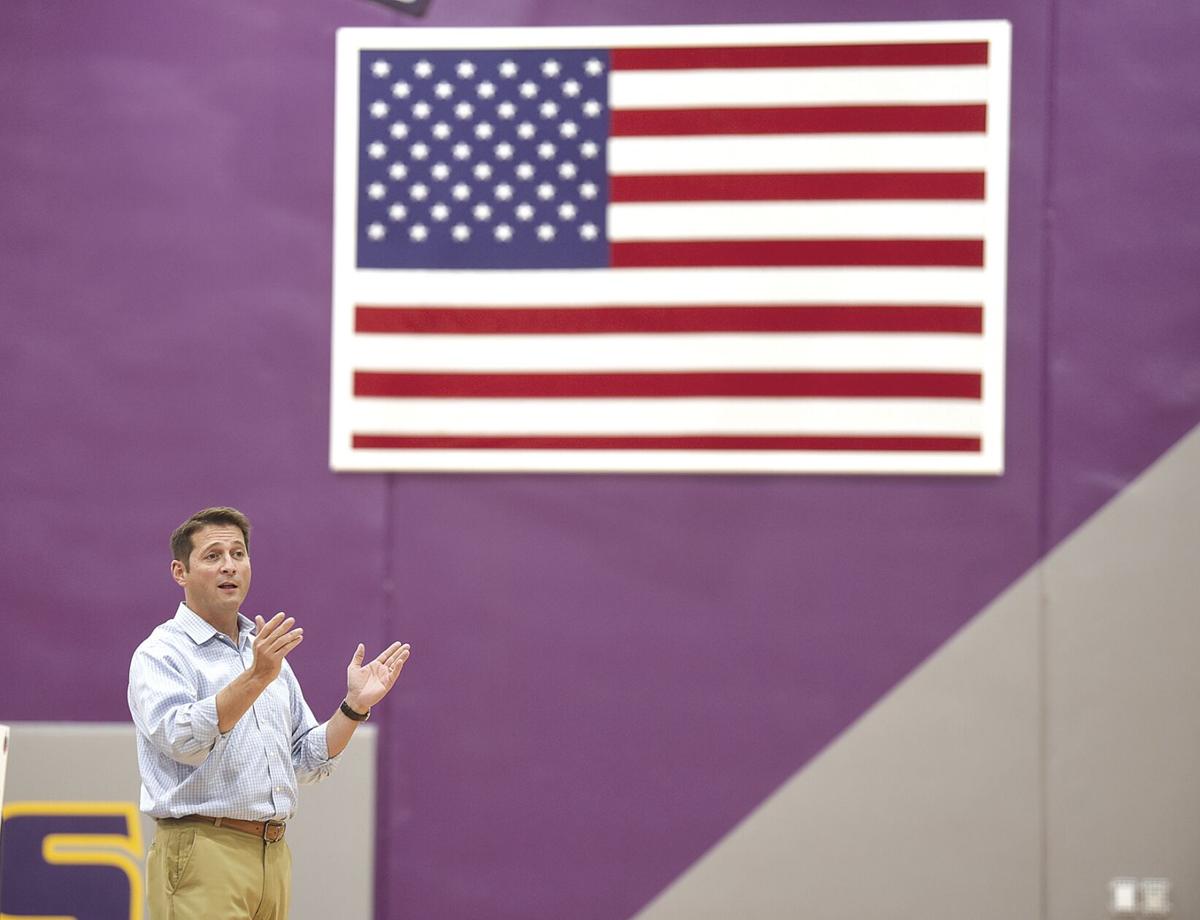 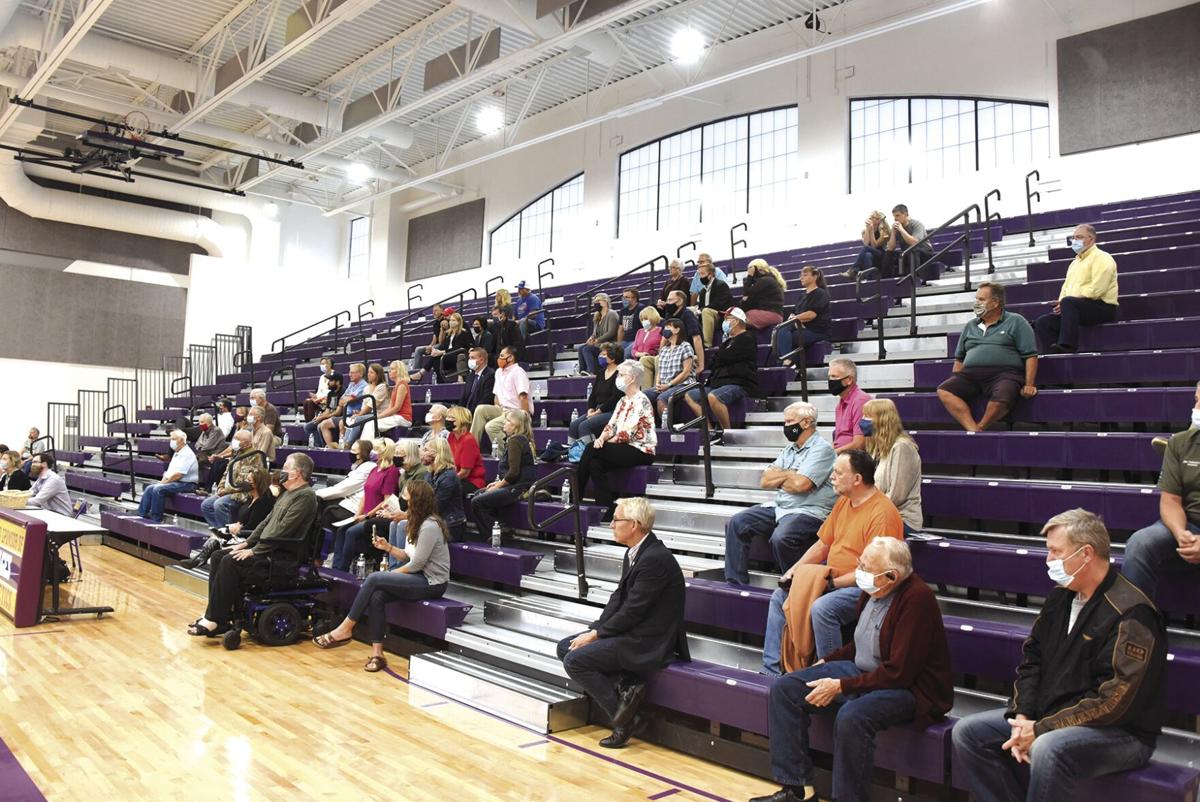 An audience listens to presentations made by several Republican lawmakers in Monticello on Oct. 6. 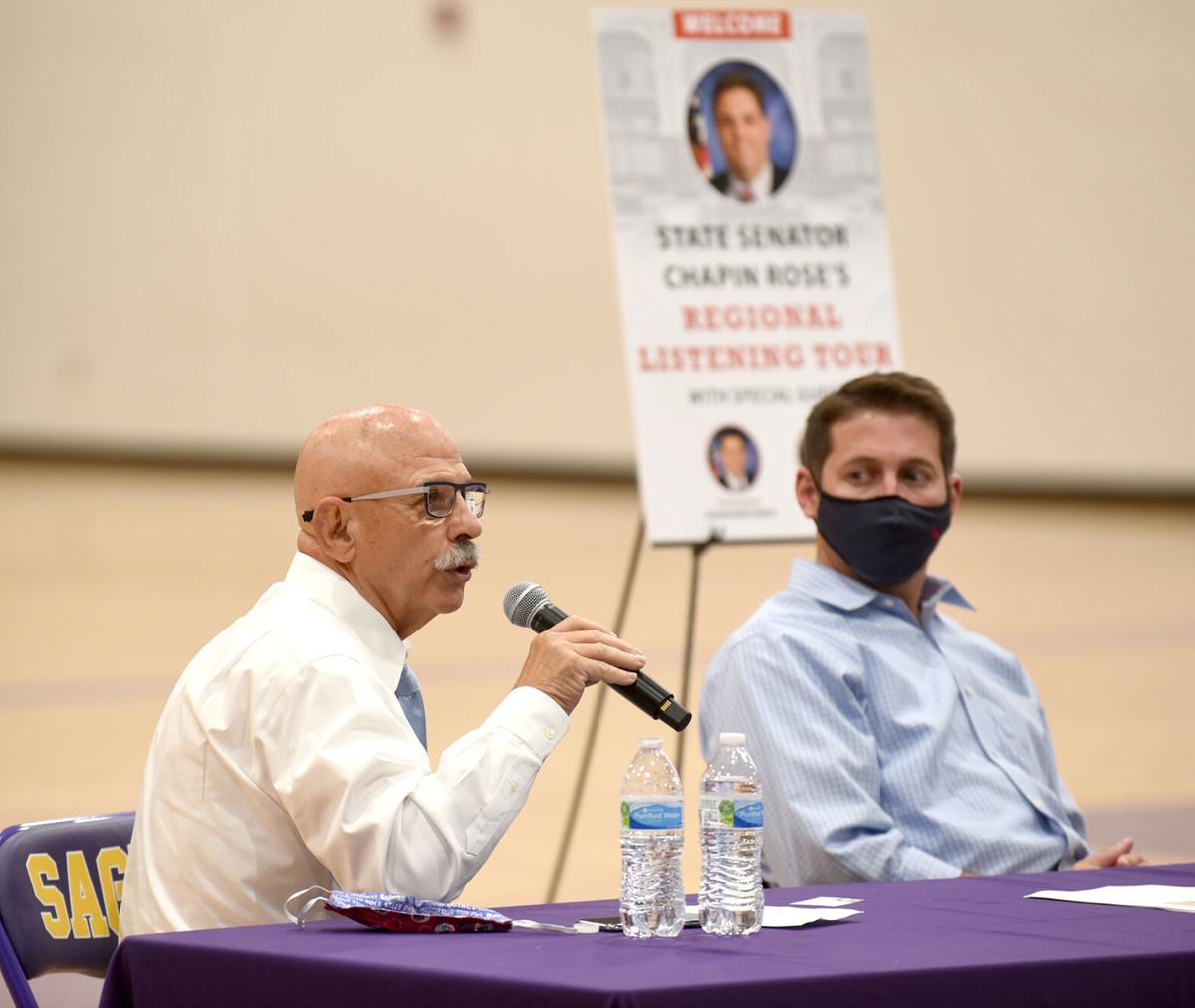 Area State Rep. Dan Caulkins speaks to the audience at a meeting in Monticello on Oct. 5.

Senator Chapin Rose (R-Mahomet) looks at a slide presentation at a meeting held in Monticello on Oct. 5.

An audience listens to presentations made by several Republican lawmakers in Monticello on Oct. 6.

Area State Rep. Dan Caulkins speaks to the audience at a meeting in Monticello on Oct. 5.

MONTICELLO — Area Republican legislators did not paint a pretty picture of the Democrat-controlled state government at a regional listening tour meeting held in Monticello Oct. 5.

And while it came from the perspective of minority party members, area Sen. Chapin Rose (R-Mahomet) said it goes further than not getting their way: It is more about a governing process with too much power in the hands of one man, in this case Gov. J.B. Pritzker.

The longtime legislator said executive orders have taken the place of General Assembly deliberation, and when items do come before the House and Senate they are often considered quickly and at odd hours, such as the law enforcement reform law that was approved in a 3 a.m. roll call.

“When you have one person making 100 percent of the decisions, that is not democracy,” Rose said.

“No person should be able to, through executive order, determine all these things. We have a legislative process that is supposed to be used to put in force laws that govern our society,” Barickman said.

“That process is totally on the back burner through all of this,” he added, pointing specifically to the Democrat-led process to produce new legislative maps earlier this year without current census data.

First up at the Monticello meeting was Rose’s presentation on police reform, moved up on the agenda due to the local awareness and interest in the issue following the shooting death of Champaign Police Officer Chris Oberheim — who was a Monticello resident — while on the job in Champaign.

He said the approved legislation includes several unfunded mandates, eliminates cash bail in most cases, and limits an officer’s ability to use force.

“All pursuits are called off. So what’s going to happen? Everybody runs. This is insane,” Rose said.

He also noted that a limit on using force will hurt enforcement efforts when handling misdemeanor trespassing complaints.

The day after the meeting in Monticello, Rose introduced a “Fund the Police” bill that he hopes takes care of what he sees as deficiencies in the law enforcement reform bill.

Redistricting concerns were addressed by Barickman, who noted that “inaccurate and incomplete data” was used to approve new legislative maps. The General Assembly, led by a Democrat majority, opted not to wait for census data.

When the census numbers came out, errors in population density were as much as 30 percent, well above mandates saying districts need to have similar populations. It has led to lawsuits and a necessary redraw of the legislative maps.

“Illinois said they were going to do theirs (legislative map) in about two weeks,” Barickman said, claiming hearings were not well-publicized, some attendees were met with locked doors and others could not access them through the Zoom links provided.

“This was a sham process.”

Rose also said the governor ignored a promise he made to veto any legislative maps that came from politicians, and during his campaign supported the idea of an independent commission establishing boundaries.

The largest amount of applause came after Sen. Sally Turner’s “Fix the FOID” presentation, when she said firearms owners identification cards should not be required. She also addressed the delay in processing FOID renewals.

“If your FOID card is expired, get in line. You’re number 159,679,” Turner (R-Beason) said, adding her husband had nearly a two-year wait between applying and receiving his renewal.

The Illinois State Police have hired additional personnel to help with the backlog of FOID renewals and concealed-carry permits, but Turner said it is not enough. She advised contacting a legislator for those having difficulty with those processes.

On the subject of the state budget, Rose said better-than-expected revenues and an influx of federal COVID-19 funds gave the state $16 billion more than expected for this fiscal year, but there were still several business-related tax breaks being eliminated to raise even more revenue.

It nixes about $708 million in what he feels are necessary incentives needed for the state economy, Rose said..

“All because $16.1 billion (in unexpected revenue) was not enough. Crazy,” he said.

The 100 or so people who attended the meeting were allowed to submit questions in writing, which were combined into categories and submitted to the legislative panel.

Vaccine mandates were at the top of the list. Barickman said it was another example of “unchecked power,” and that the Healthcare Right of Conscience Act allows Illinois citizens to opt out of them for reasons of belief.

Rose noted, however that the same exemption may not apply to federal workers.

But he also said the state has bullied people — sometimes illegally — regarding mandates, noting the implied threat made to a physician’s medical license depending on his support for mask mandates as a school board member.

The state eventually apologized for the email that was sent to the doctor after the issue was brought to light.

While most area districts have said they will not be teaching the new sex education standards approved by the state, area Rep. Dan Caulkins (R-Decatur) urged them to file suit if a teacher does.

“I’m waiting for a parent in Illinois whose (child is) taught this subject matter to go to the state’s attorney and file a complaint. File a complaint against that teacher for teaching that curriculum to their child,” Caulkins said.

“This is how you destroy families; you separate the kids from the morality of their parents, and we’ve got to stand up to it.”

Some attendees were not impressed with the meeting, notably its format, which included a little more than an hour of presentations and less than a half-hour of answering questions.

“I don’t know why the event was called a ‘listening tour’ because that was pretty much the opposite of what happened last night,” Amanda Pankau said.

“In the hour-and-a-half event, they only devoted 20 minutes to questions, often veering from the question and talking about what they wanted. They only got to four or five constituent questions.”

In a letter to the editor, Susan Humphreys had similar concerns.

She felt there were “several fair criticisms of some Democratic actions,” but for the most part thought it was “nothing more than a bitch fest by sore losers, spoiled children who haven’t gotten their way.”

An aide for Rose said it was the first listening tour session to use a slide presentation, which might have “gone a little long,” but Landon Stenger said there was plenty of time for input later.

“All the senators stuck around and took complaints and concerns from anybody. So anyone who wanted to make their point, we stayed,” he said.

SPRINGFIELD — A new package of legislation aimed at helping empower police to tackle violent crime has been introduced by state Sen. Chapin Ro…