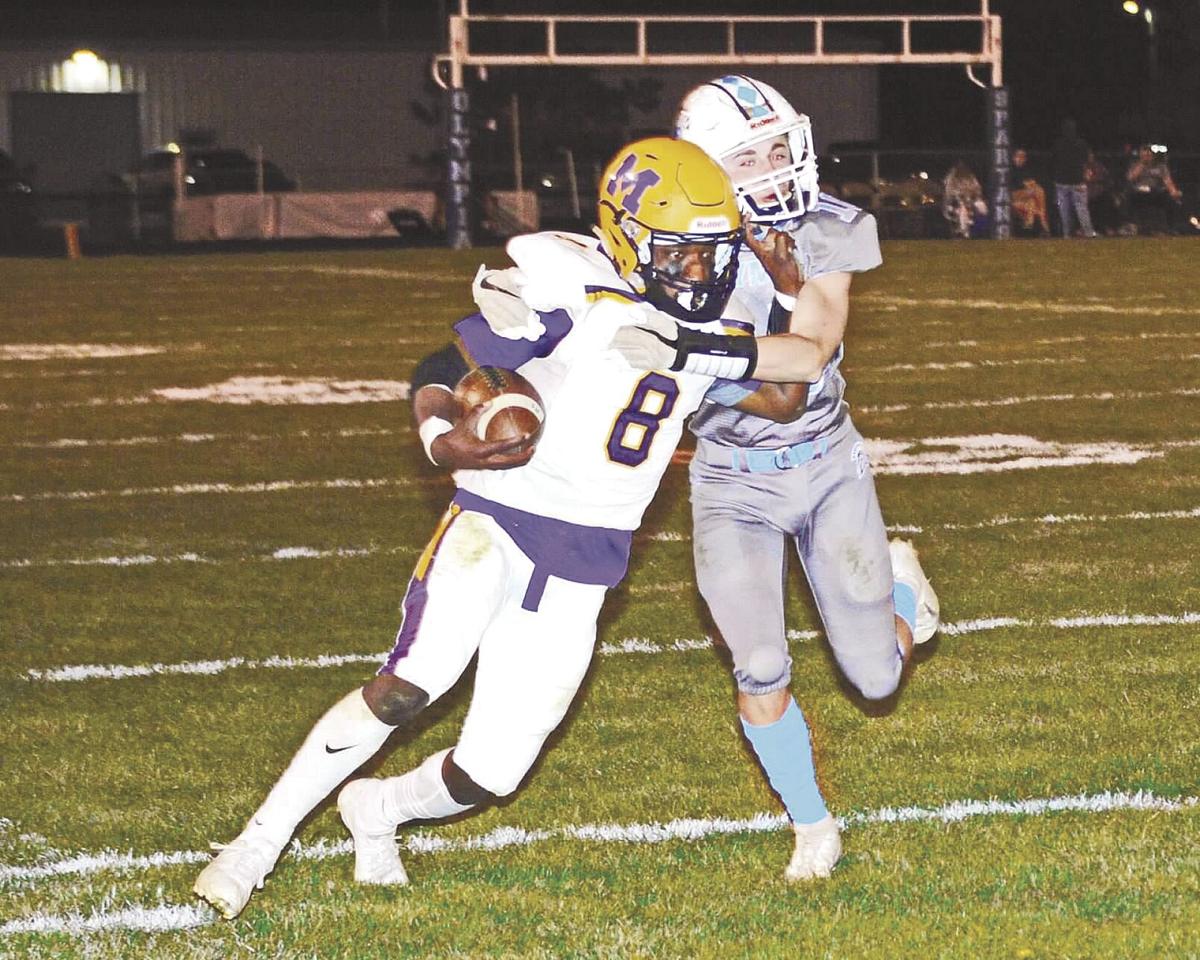 Monticello running back Chris Brown sheds a tackle at Olympia on Friday, April 9. The Sages won the contest to go 5-0 on the season. 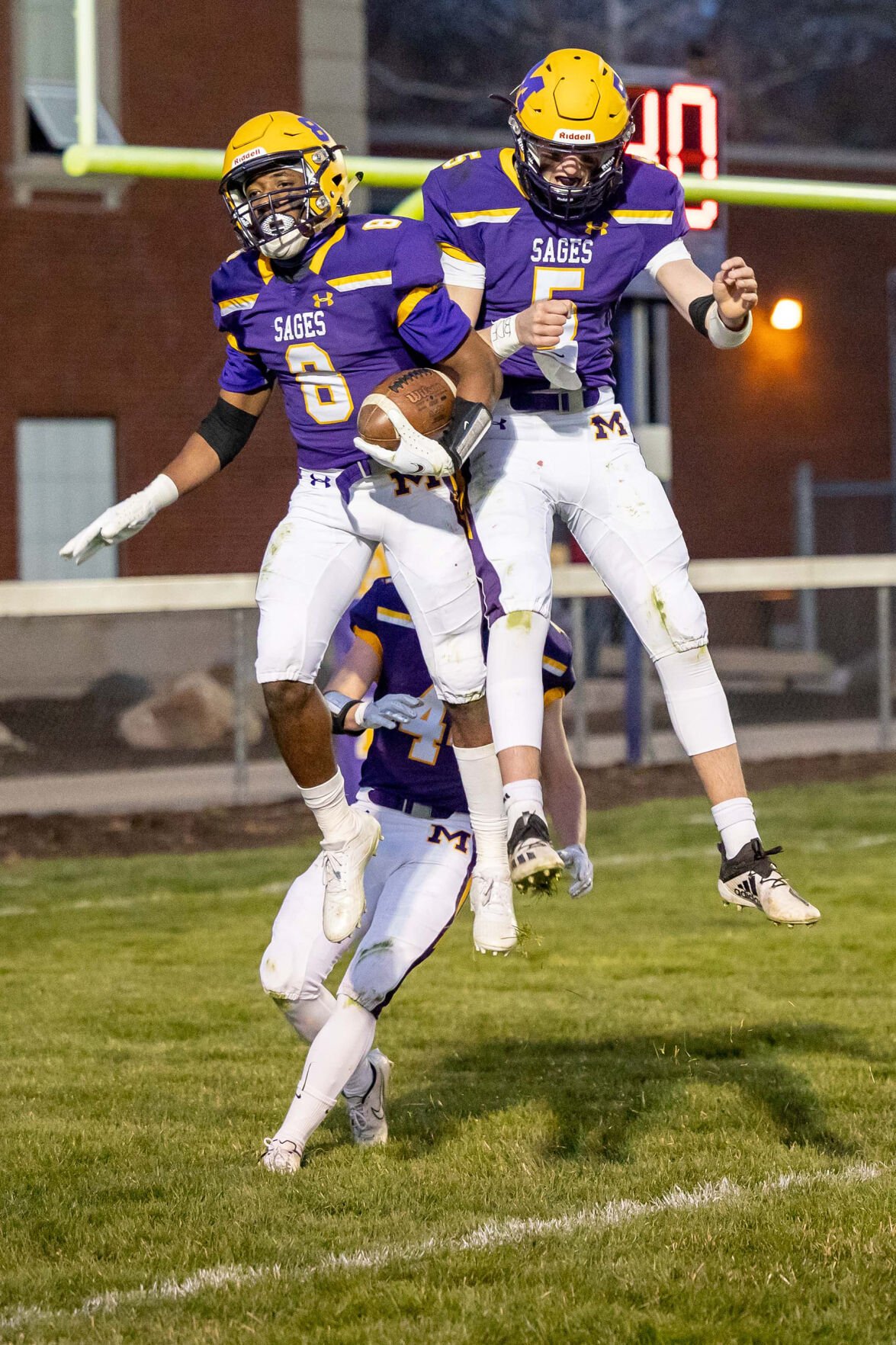 Monticello running back Chris Brown sheds a tackle at Olympia on Friday, April 9. The Sages won the contest to go 5-0 on the season.

STANFORD – The Monticello High School football team found itself in a dogfight at Olympia early on, as the Spartans took an early 6-0 lead.

Then Sages senior running back Chris Brown took over. The senior standout hauled first quarter touchdown passes of 13 and 57 yards from junior quarterback Joey Sprinkle to give MHS a 14-6 lead, and added four more TDs for good measure to ensure a 42-12 win.

Olympia cut the lead to 14-12 in the second quarter before Brown earned his first of four touchdown runs, an eight-yard scamper into the end zone to extend the lead to 21-12 at the half.

“Olympia had us on our heels in the first half and our kids stayed the course and created some opportunities for themselves. It was nice to see the offense cash in on some of those opportunities this week,” MHS coach Cully Welter said of his undefeated (5-0) Sages.

“I just continue to be pleased with the consistent effort the players are giving each game.”

Brown took over on the ground in the second half, taking the ball in from 32, 25 and 48 yards out in the third quarter to ice the win.

He ended the game with 145 yards rushing, 57 yards receiving on three catches, and six touchdowns.

Most coaches live for the post-season, but the silver lining of no playoffs is that there is less pressure during the regular season, said Welter.

“This has been a very enjoyable season for our coaching staff. Our kids seem to enjoy being on the field, and not just because they almost lost their entire season,” the coach said.

“They are certainly not perfect, but they play together and they pick each other up when things go wrong. They are undersized but they play with chips on their shoulders, and that has gone a long way towards the success they have achieved thus far this season.”

Sprinkle continued his outstanding season as the Sages signal caller, completing seven of 10 passes for 145 yards and two scores. He also rushed for 57 yards on eight carries, and converted all six of his extra point kicks.

Sophomore Drew Sheppard also completed one of two passes and rushed for 45 yards on five carries in relief of Sprinkle in the second half.

Monticello goes for an it second undefeated season in the last three years this Saturday afternoon as it hosts longtime rival St. Joseph-Ogden (2-3).

Season records can be thrown out any time these two teams meet.

“SJO is a fast improving team. They have an excellent running game and they throw a lot of stuff at you. They are one of our primary rivals so the games are usually pretty good. It will be a fun way to end the season, especially since we open with them next season. Hopefully, we can put a cap on a really nice season,” Welter said.

“Our kids have definitely exceeded expectations and I hope they can finish off the season with one more outstanding effort.”

The Spartans are coming off an impressive 22-3 over Bloomington Central Catholic.