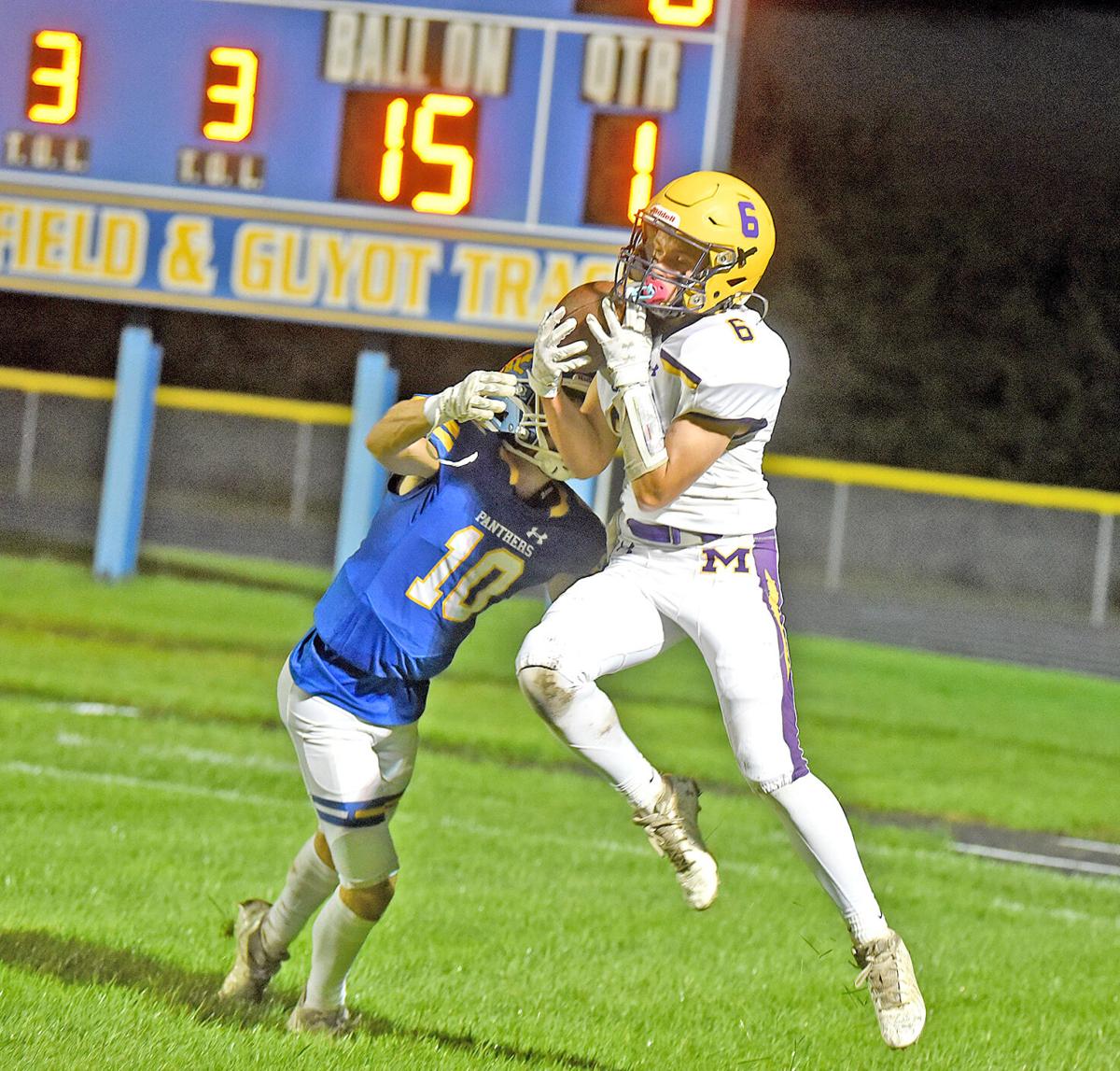 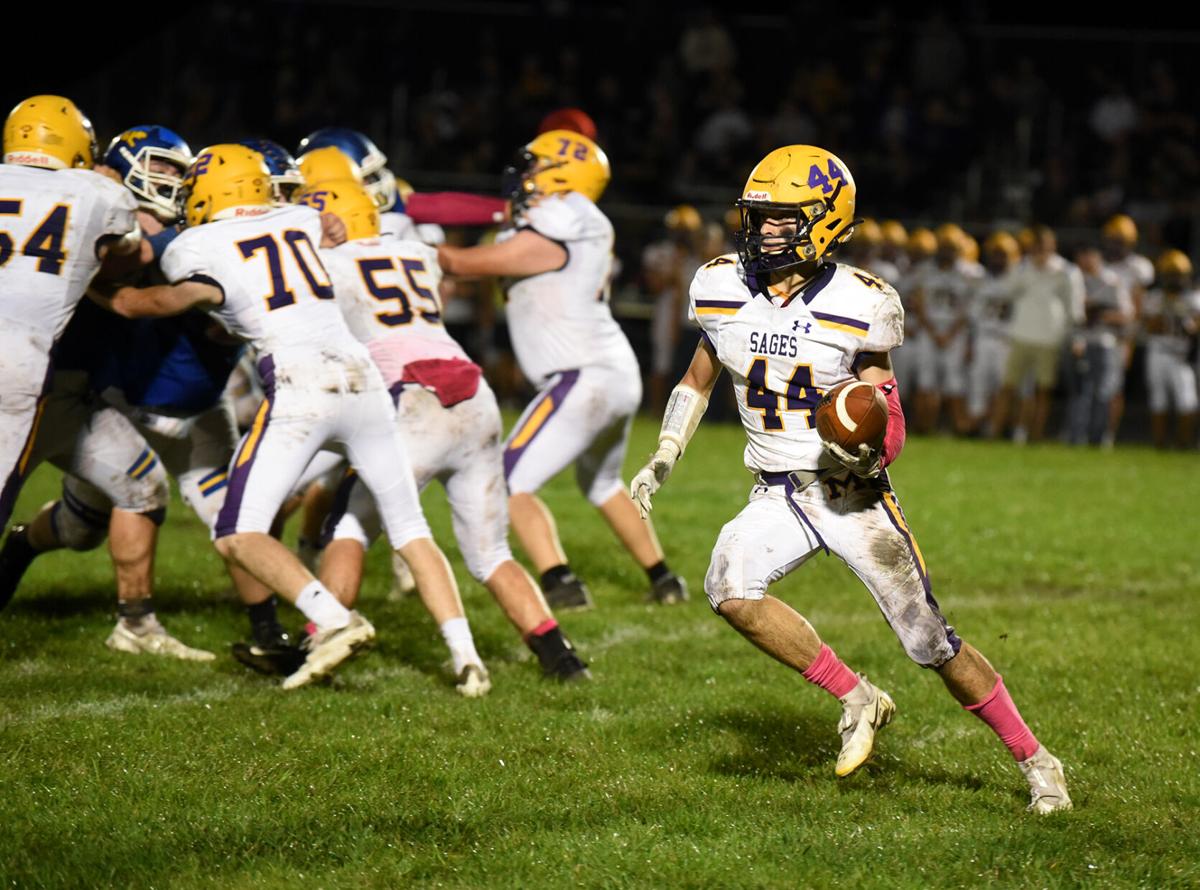 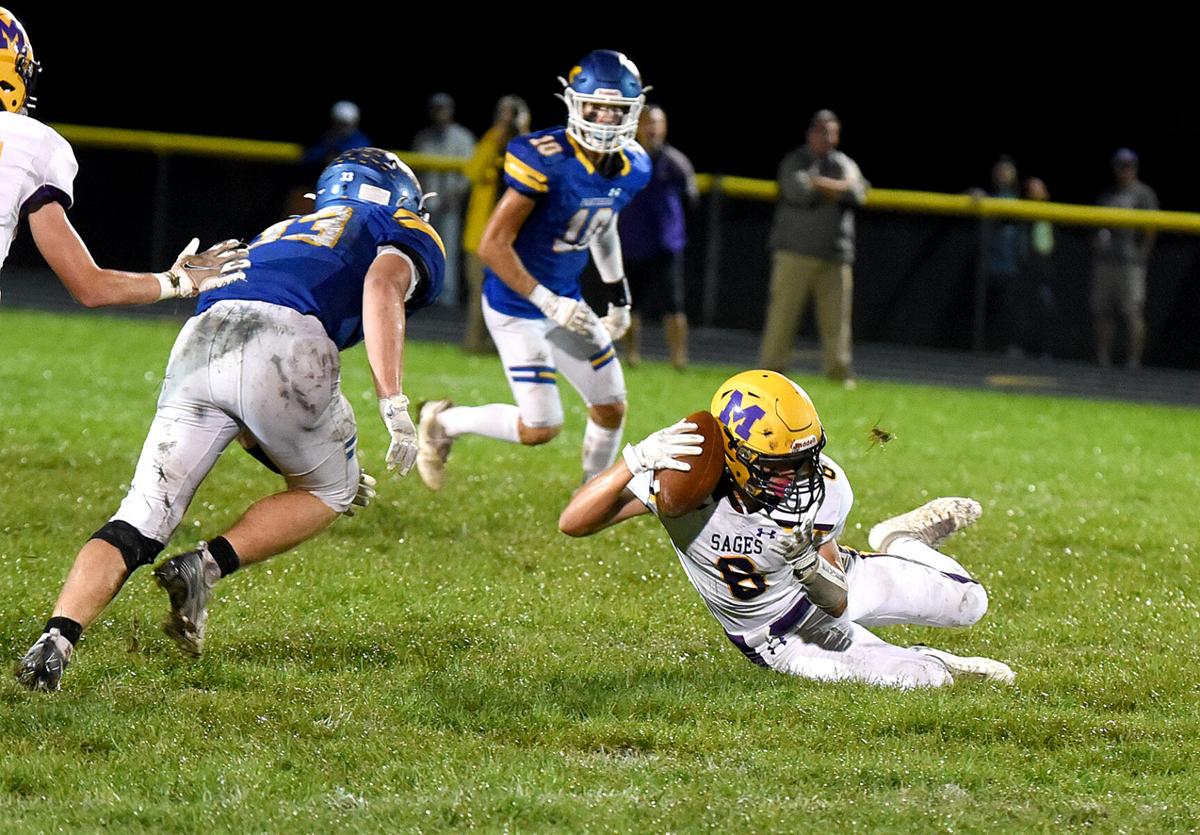 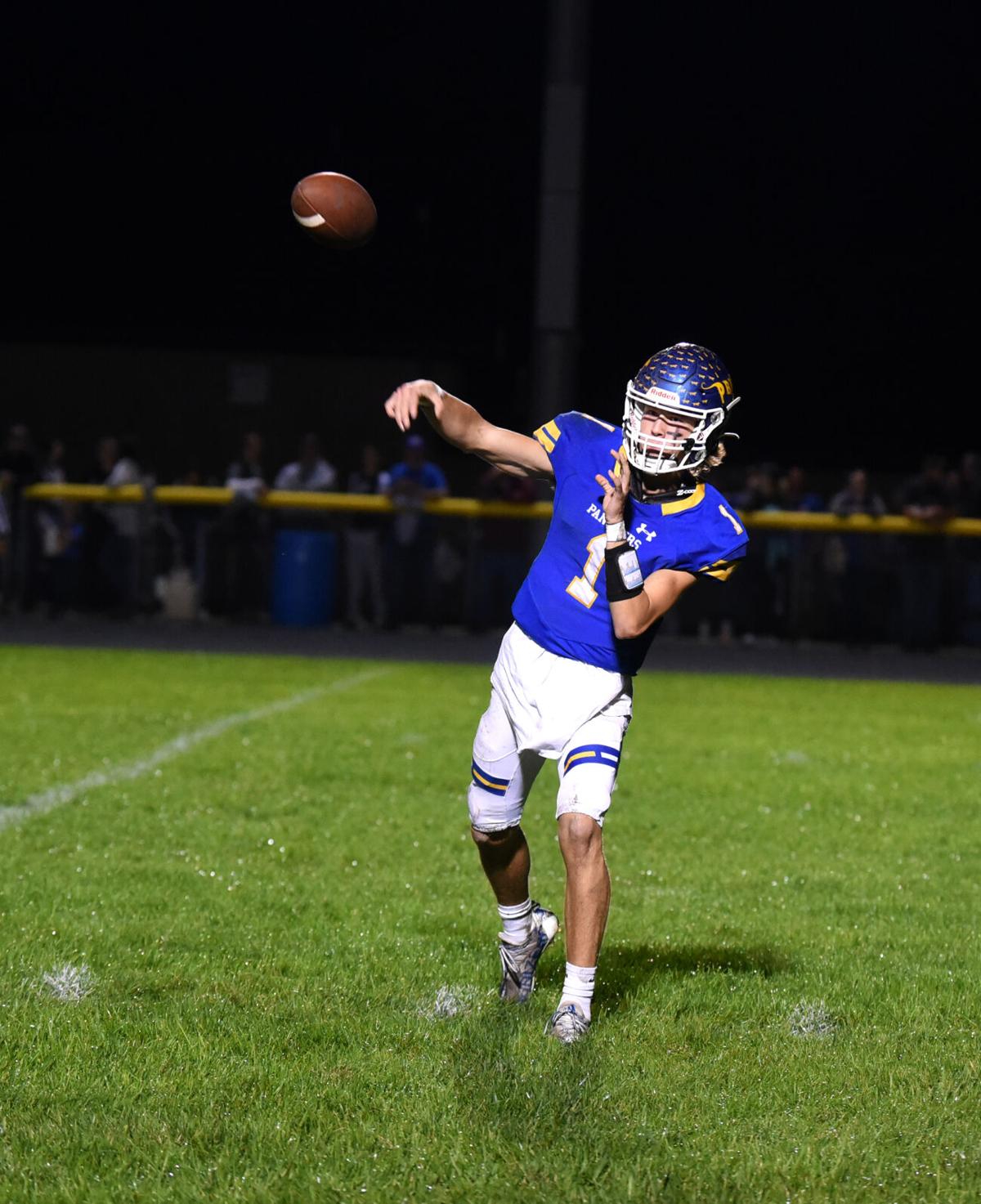 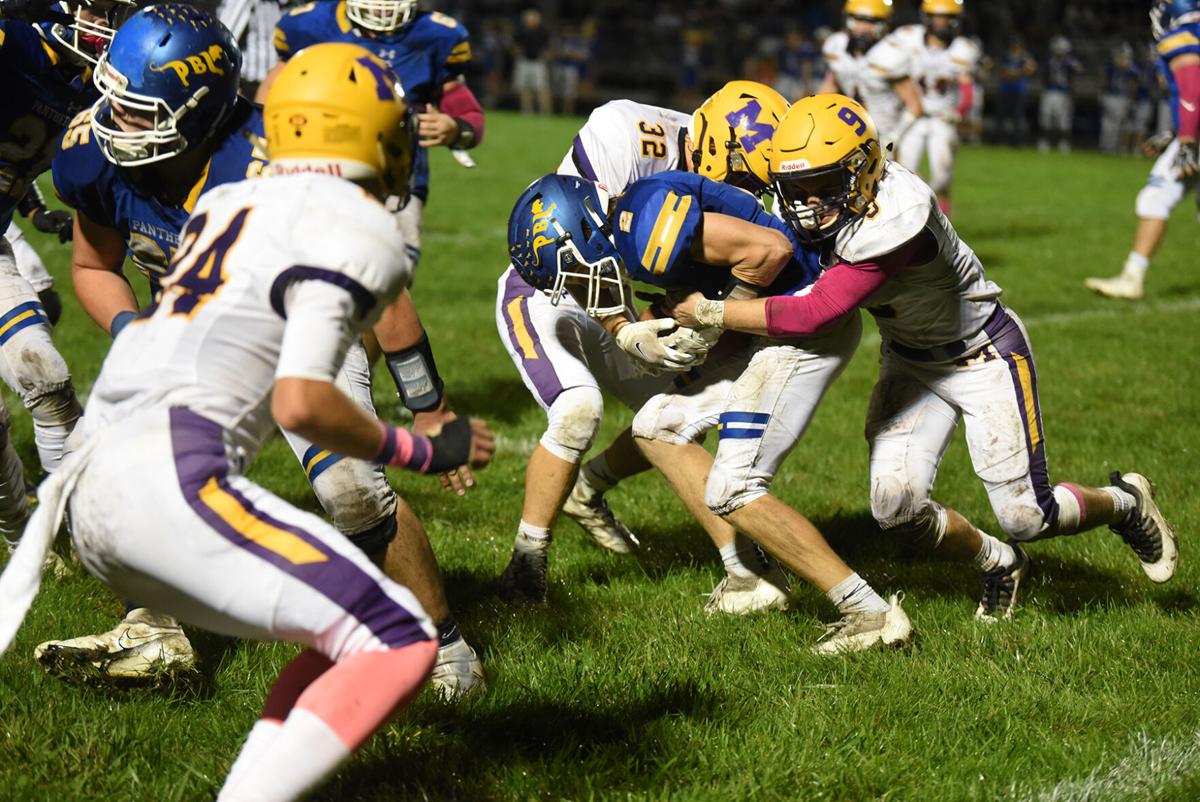 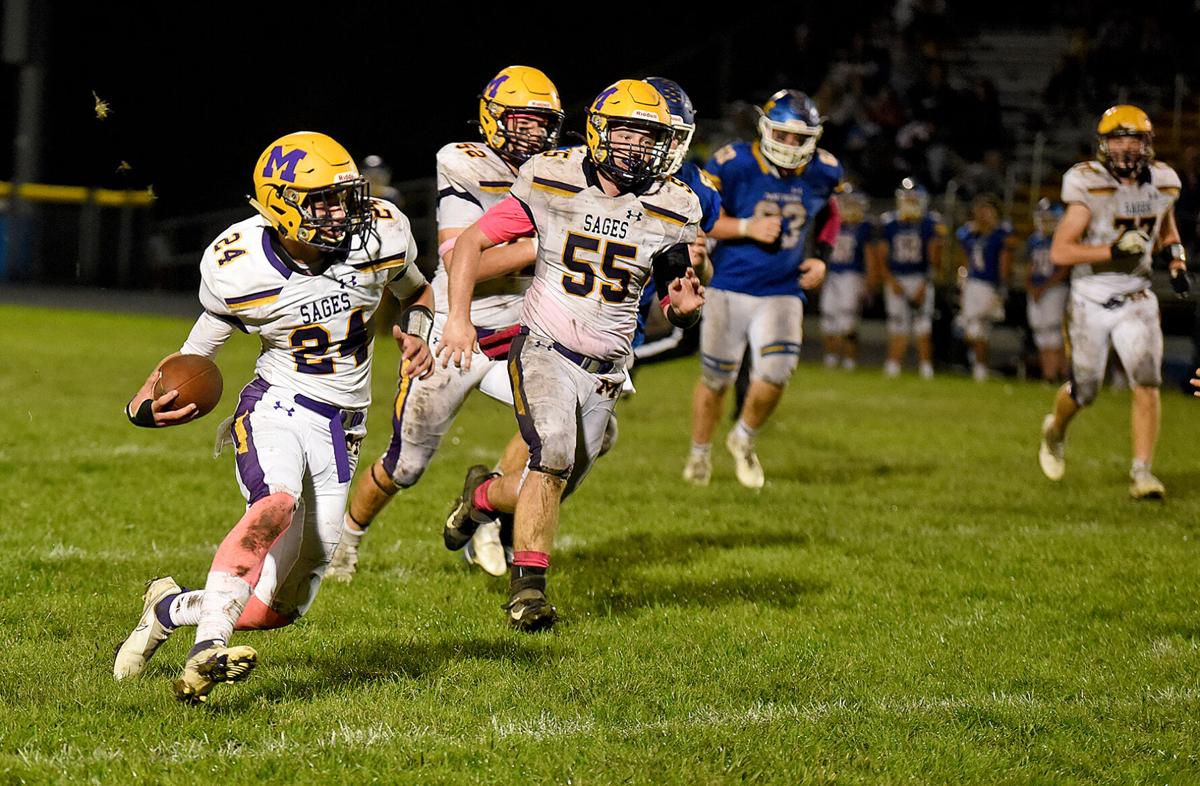 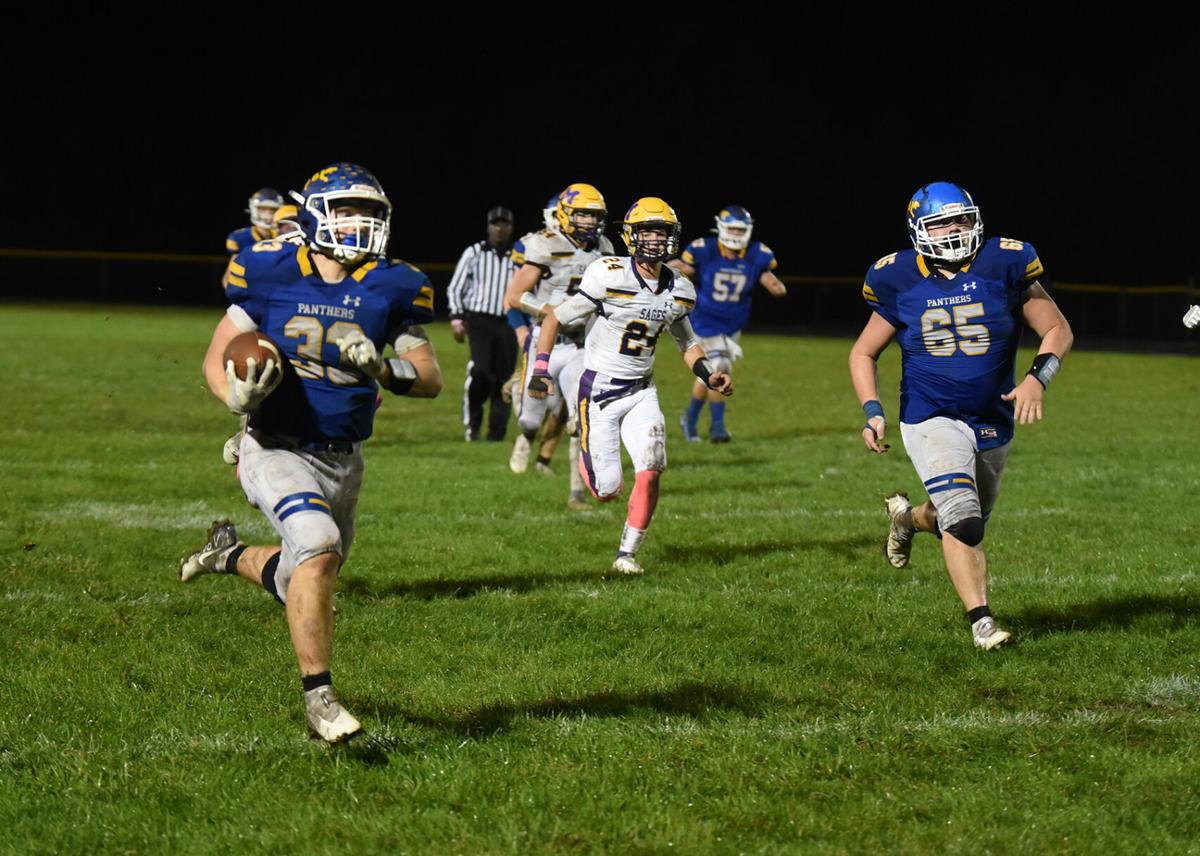 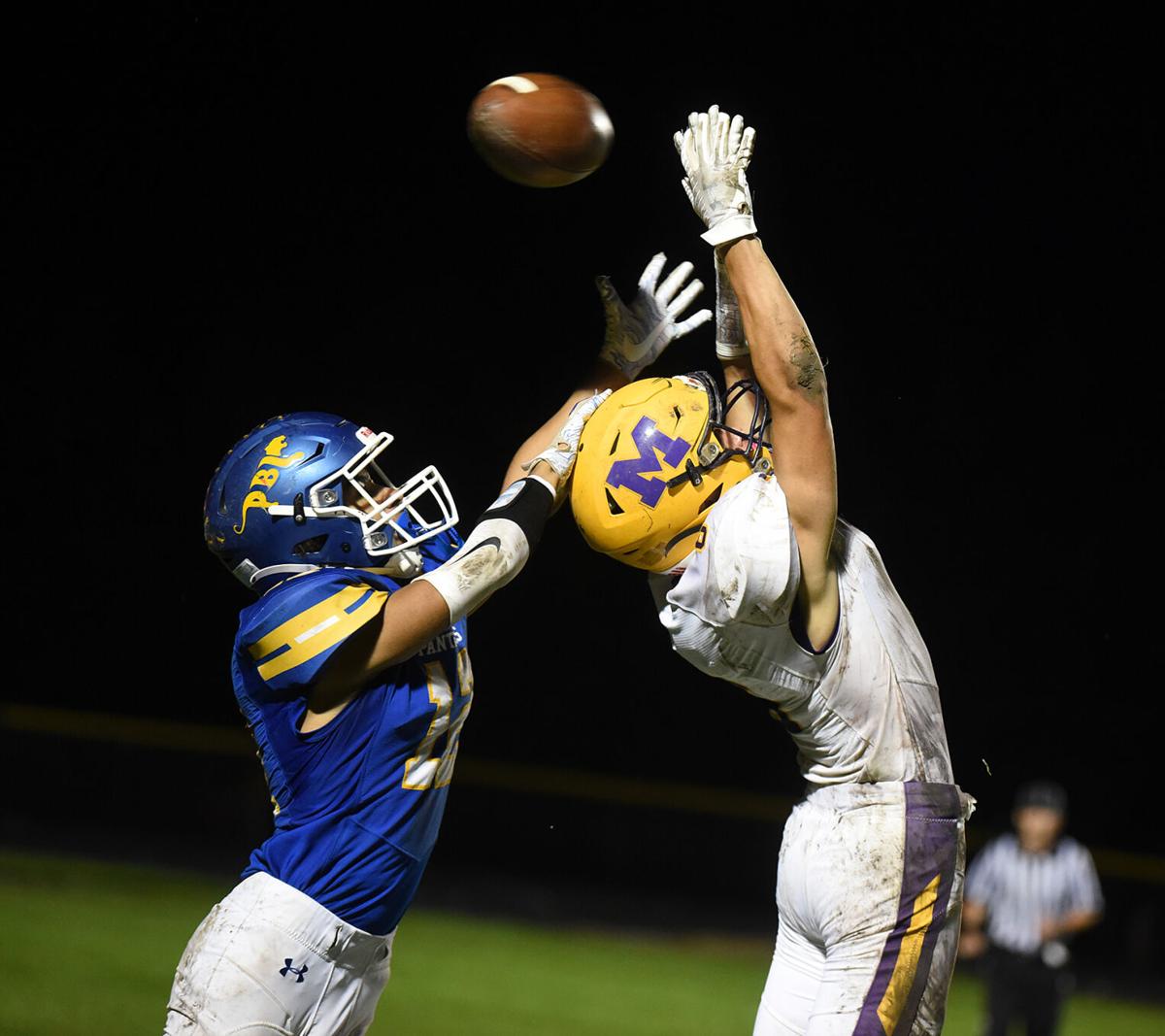 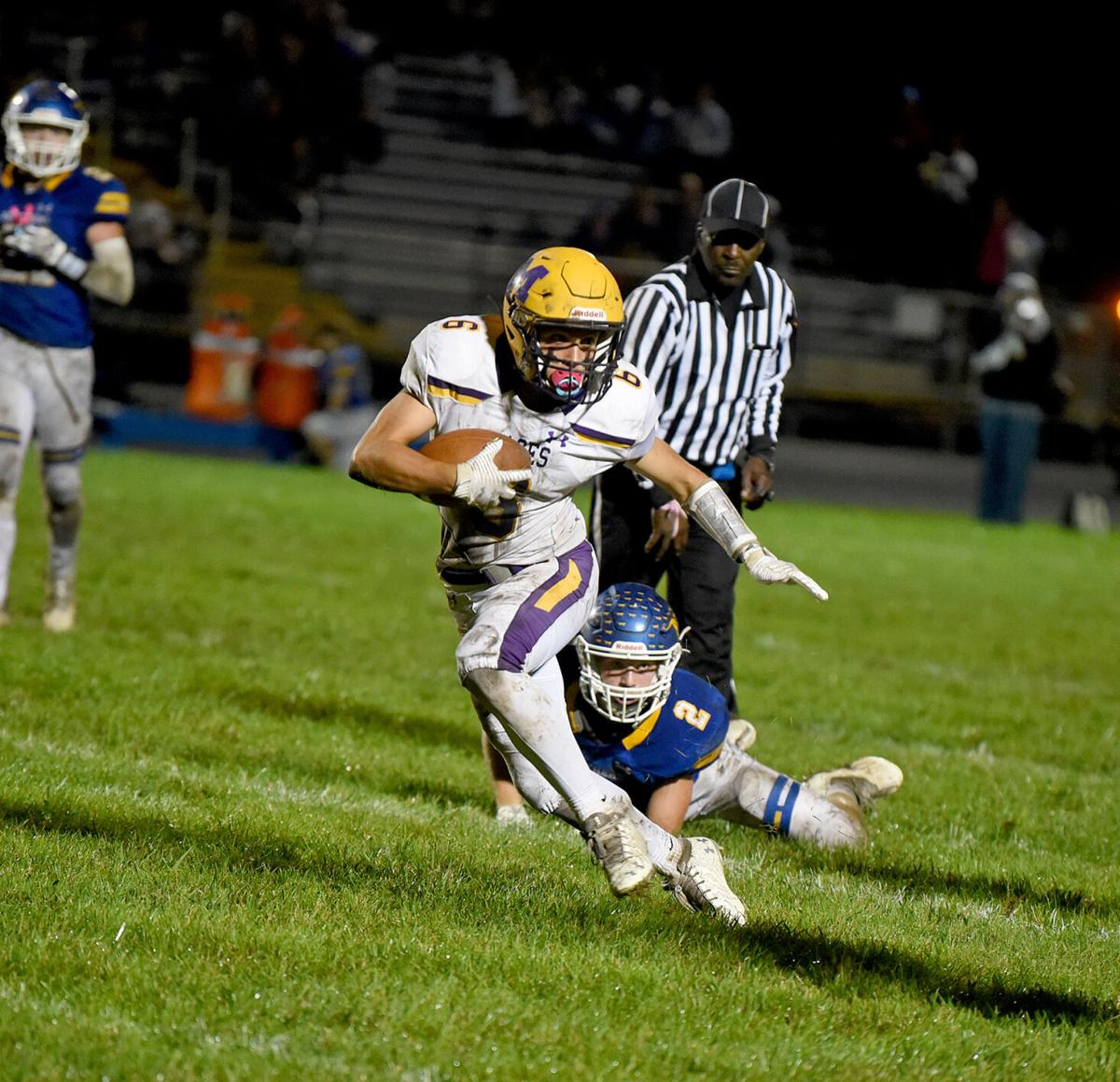 PAXTON — Monticello football coach Cully Welter has been preaching about the balance of the Illini Prairie Conference since game one.

It has shown in nearly every game, and did so with gusto at PBL last Friday when the Sages’ conference-leading offense traveled to Paxton to face the Paxton-Buckley-Loda defense, which has given up the least amount of points in the IPC.

After MHS jumped out to a 9-0 lead by halftime and extended it to 15-0 in the third quarter, the Panthers stormed back in the final period: Sixteen unanswered points -— including a pair of two-point conversions — to upset the Sages 16-15, handing the visitors their first loss of the season.

It was a heartbreaking end for the Sages (6-1), who after blocking a punt were down to the PBL one-yard line with a minute left, but threw an interception that iced it for the Panthers.

It was a rock ‘em, sock ‘em contest that makes Friday night football one of the best watches in Central Illinois.

“I was proud of our kids for giving us a chance to win at the end. The blocked punt and drive to the one-yard line demonstrated resilience in our kids when things did not look so good,” Welter said.

He also hopes the loss can be a driving force for his squad as it readies itself for the post-season in three weeks, especially cleaning up the team’s execution:

“We have to get better at that, and that’s something we’ve been preaching all year is the little things,” Welter said. “Sometimes it takes a loss to recognize how important they are. But I’ll put this one squarely on myself. I didn’t do, obviously, a very good job of coaching in-game or out-of-game.”

Things started as planned for MHS, as they took the opening drive 47 yards for an early score when Joey Sprinkle found Triston Foran for a 16-yard touchdown and a 7-0 lead.

Early in the second quarter, the Sages defense extended the lead with a safety when Blake McDuffie tackled PBL QB Mason Bruns in the end zone.

After the ensuing kickoff, the Sages drove quickly into PBL territory.

But the staunch Panther defense held its ground, recording three straight sacks to end the threat and keep its deficit at 9-0.

Luke Teschke intercepted a pass to end one PBL threat, and shortly after Monticello scored on a trick play — a “hook and ladder” — that saw Foran catching a pass and lateraling it to tailback Jacob Tackett, who sped 40 yards down the sideline for a touchdown.

The effort came after a fumble and penalties left the Sages in a second and 40 yards to go scenario.

PBL finally got on the board with about 11 minutes left with a one-yard QB sneak, added the two-point conversion and trimmed the lead to 15-8.

On its next possession, Tyler Smith scored for PBL on the first play from scrimmage on a 60-yard scamper to the end zone, followed by another two-point conversion for a 16-15 lead.

But Monticello was far from through. A blocked punt with just over three minutes gave them life, and they drove down to the one-yard line before the interception ended the promising drive.

Sprinkle completed 15 of 19 passes for 134 yards. Foran was on the receiving end of seven of those completions for 57 yards.

Already playoff eligible, the Sages are looking to finish strong and get a high seed for the IHSA playoffs. But a couple of formidable teams stand in their way: A road game Friday at Prairie Central — also 6-1 on the season — and a home matchup against undefeated Unity on Oct. 22.

“Prairie Central is a very good team. They have an excellent running attack and a physical, tough group of kids. It will be another good challenge for us,” Welter said.

Six Illini Prairie teams are either in or have a shot at making the playoffs. Unity, Monticello and Prairie Central are all in, while PBL is playoff eligible but would like to get a sixth win to clinch a spot.

After a brutal early schedule put St. Joseph-Ogden in an 0-3 hole, the Spartans have reeled off four straight to up its record to 4-2. Rantoul and PBL remain for SJ-O.

Bloomington Central Catholic is at 3-4 with an outside shot at the postseason if it wins out.