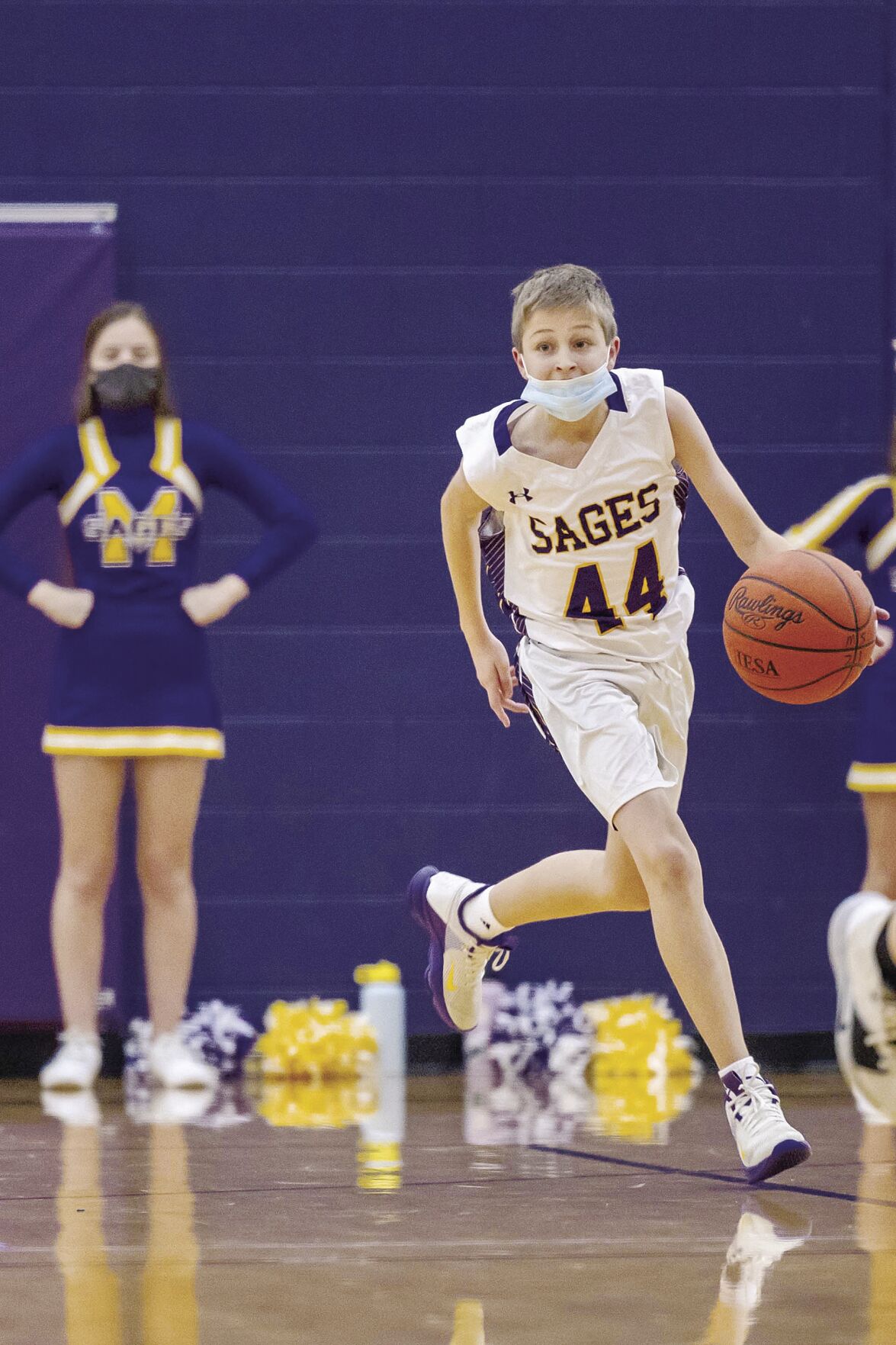 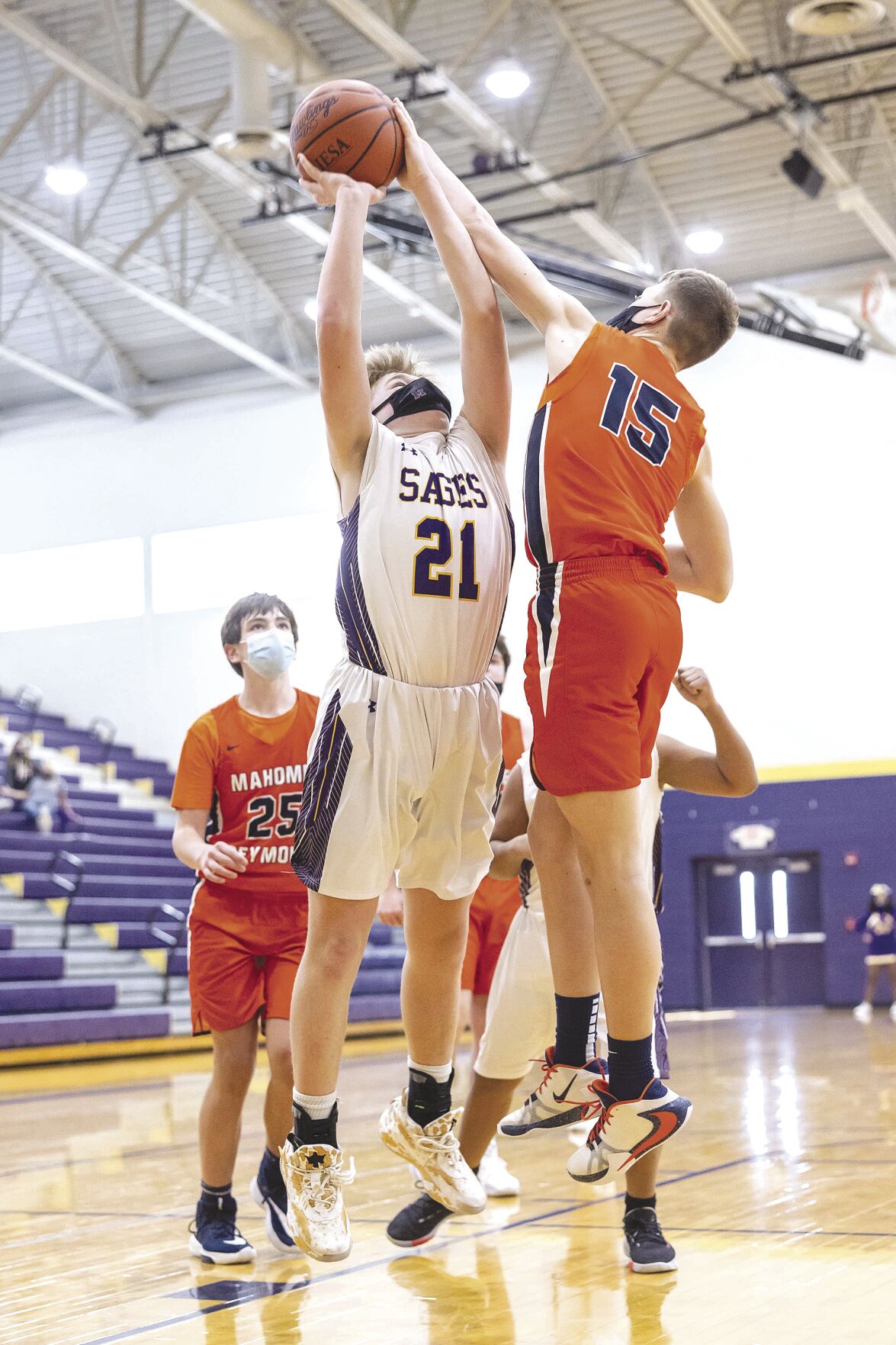 The 8th grade boys (3-2) started the week by pulling out ahead of a tight competition with Clinton with a final score of 36-33. Evan Wassom led the team with twenty three points, and Tyler Blythe followed with five.

The next challenge was a heated home game against Shelbyville. The 8th grade boys’ fierce effortsallowed them to come from behind and take the lead in the last quarter, winning by two points with an overall score of 30-28.

The Sages grabbed five points right out of the gate, but the lead teetered and the first quarter ended with the Rams ahead 10-9. The Rams came out on top of the second quarter as well, and a buzzer beater three pointer widened the gap to 26-15.

The Montiello boys fought with an aggressive outburst after half time, narrowing the margin to five by the time the fourth quarter rolled around. A feisty defense prevented the Rams from adding any points for the entire final quarter.

The Sages knotted up the game at 28-28 when Maddux Quick drew a foul and made both free throws with under three minutes left. With about a minute and a half to go, Quick drove again, earning another trip to the free-throw line where he banked two more shots to take the lead.

The 8th graders finished out their week in a scuffle with St. Joseph. The early-morning Saturday game was a tough fight, resulting in a 29-40 loss for Monticello.

The first quarter was tense with little scoring, and the sharp defenses on both sides limited the score to 5-3 with the Spartans ahead. The Spartans found a rhythm in the second quarter, leaving the Sages to fall behind 10-21.

Leading the team in scoring was Wassom with eight points. Quick followed with seven, and Ike Young contributed four.

The 7th grade Sages (3-2) gained a quick lead in their game against Clinton and set the pace for a 49-23 victory.

Their aggressive start earned a 14-8 lead after the first quarter, and the Sages owned the game from then on. By the end of the second quarter, the margin was widened to 32-14.

Pacing the team was Thaddeus Rudolph with twenty one points, twenty of which were in the first half alone. Nolan Buehnerkemper contributed nine, and JD Bailey added eight. Three of the Sages, Rudolph, Buehnerkemper, and Matthew Kappes, shot 100% from the free-throw line.

The boys played again, this time at home. The fast-paced game led to a 41-22 triumph for the Sages over Shelbyville.

The 7th grade boys finished the week with a home match against St. Joseph. The contest ended with a 18-46 loss for the Sages.

The Spartans scored rampantly throughout the first quarter, leading by twenty after the first half. Rudolph scored a team-high of ten points. Beuhnerkemper stood out by grabbing rebound after rebound, and his relentless defense earned multiple steals.