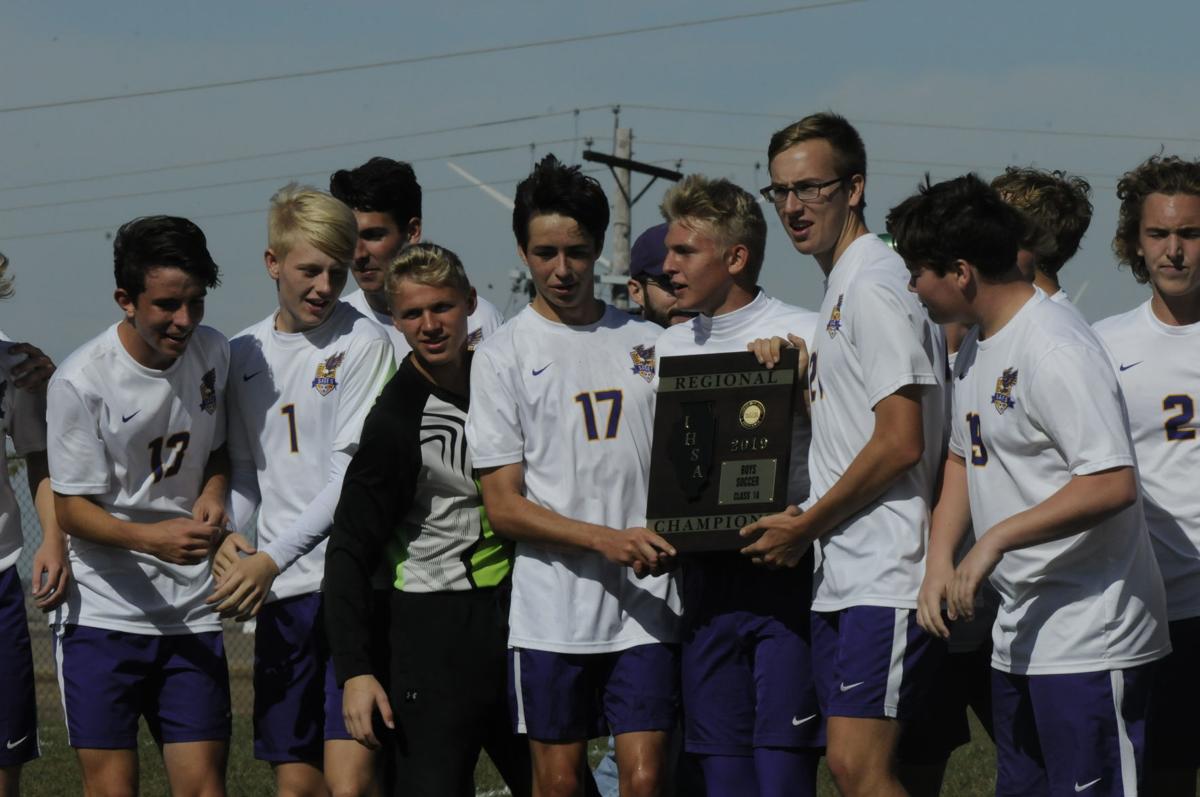 Members of the Monticello boys’ soccer team show the regional championship plaque to their fans following a 3-1 win against Bloomington Cornerstone in the Class 1A regional final October 19 in Warrensburg. 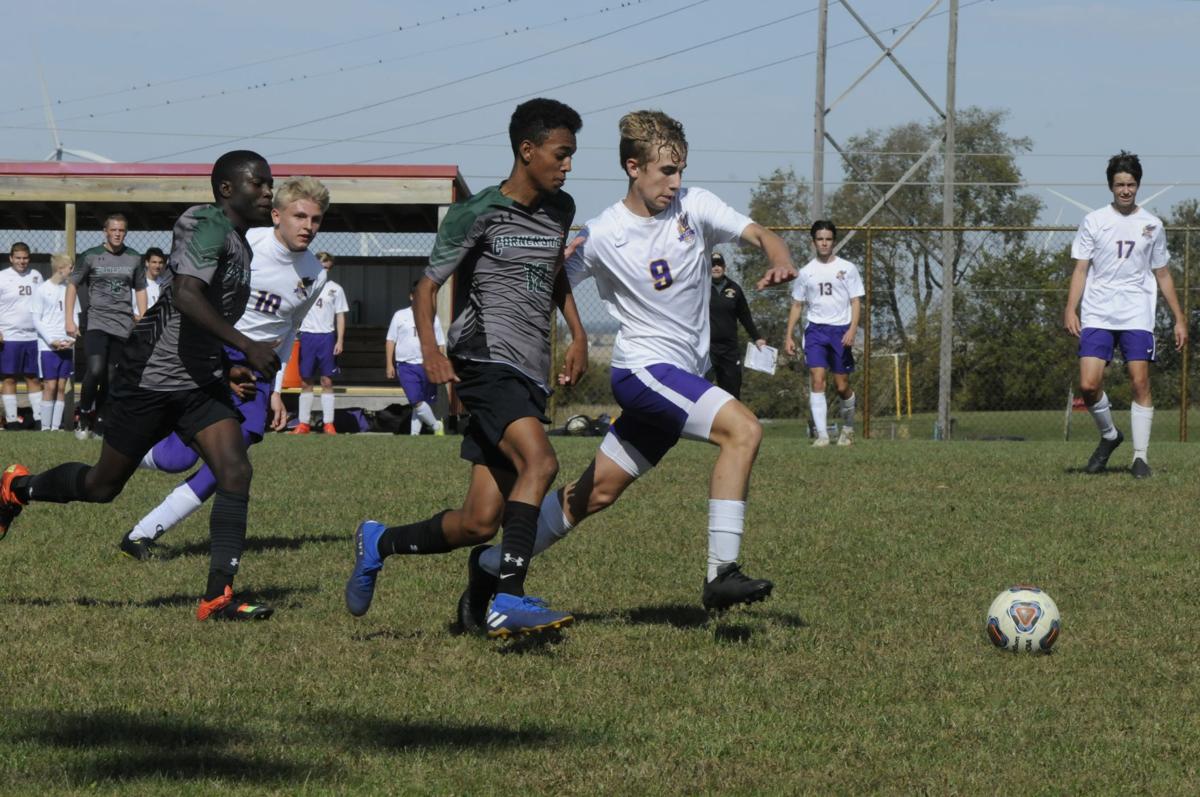 Monticello’s Dylan Ginalick (9) battles for control of the ball against Bloomington Cornerstone. 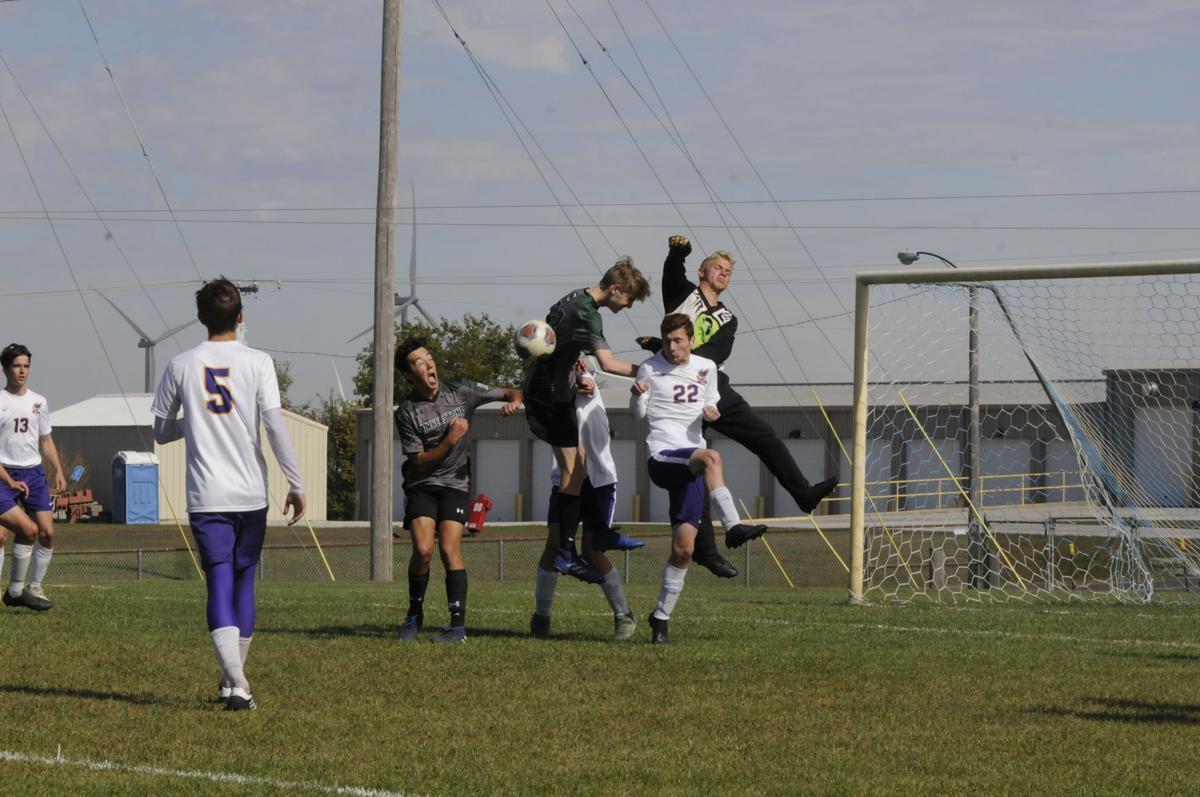 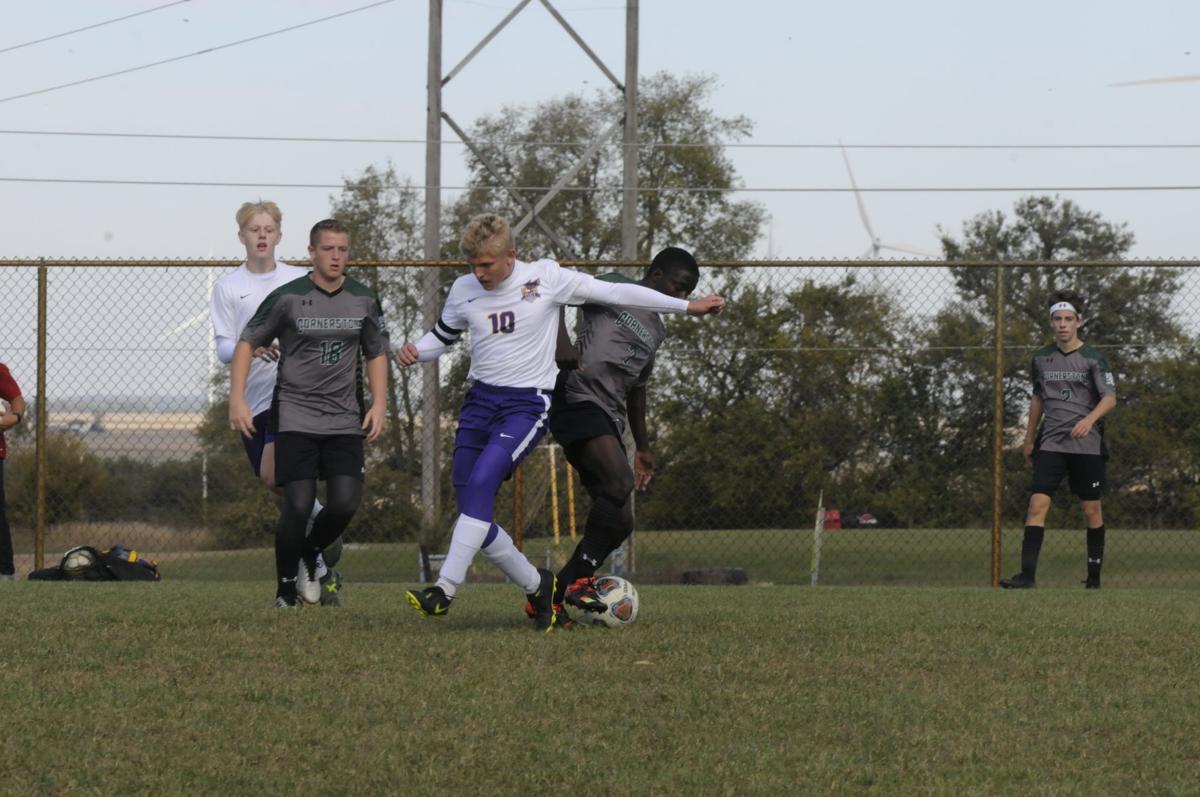 Ethan O’Linc (10) goes for a tackle against the Cyclones in the Sages’ win.

Members of the Monticello boys’ soccer team show the regional championship plaque to their fans following a 3-1 win against Bloomington Cornerstone in the Class 1A regional final October 19 in Warrensburg.

Monticello’s Dylan Ginalick (9) battles for control of the ball against Bloomington Cornerstone.

Ethan O’Linc (10) goes for a tackle against the Cyclones in the Sages’ win.

The 2019 Sages have already set the program record for wins in a season.

A regional championship is certainly more than icing on the cake, but it sure tastes sweet after what Monticello needed to accomplish to win it.

The Sages rallied from a 3-0 second half deficit in the Class 1A regional semifinal against host Warrensburg-Latham, breaking a 3-3 tie with four minutes remaining in the second overtime period.

That was just to get to Saturday’s regional title matchup with 14-win Bloomington Cornerstone, the team that dispatched Monticello in the same game a year ago.

The Sages fell behind again, but unleashed their offensive fury much earlier in this contest, defeating the Cyclones 3-1 and advancing to Tuesday’s (Oct. 22) sectional semifinal in Bloomington.

“It took us 20 minutes to score in that second half against Warrensburg. To just not give up and kind of stick to what we wanted to do and be aggressive,” Monticello coach Dan Burkybile said of the game against the Cardinals. “Andy (Ellison) comes forward from defense, so we can kind of flip our team into a super-offensive team if we need to be. They did a good job of that. We just kept plugging away. It definitely looked like despair so it was good to get out of there with a win.”

Sam Haugen beat the W-L goalkeeper late in the second overtime days earlier, then added nail-in-the-coffin third goal to put the Sages up 3-1 against the Cyclones on Saturday.

“Sam Haugen played club ball last year, hadn’t played before,” Burkybile said. “Now he’s really confident and runs that right side really well. So that flexibility on the wings opens it up for everybody. It’s been huge.”

But it’s Monticello’s balance that has lead to a team resurgence this season.

Ellison put home a penalty kick just before halftime tie the game at 1 and Jayden Wiegel pounced on a loose ball in front of the Cyclones’ goal in the second half for what turned out to be the winning marker.

“I think we’re better using our left foot so we’re using all of the pitch now instead of just half of the field,” Burkybile said of his team’s offensive creativity. “Dylan Ginalick is just so creative with his left. He’s actually a right-footed player but he’s slippery and he gets around guys.

“Andrew Ellison is real steady. He’s strong, he’s physical, he’s quick. Ethan O’Linc is our all-state wrestler right in front of him and he just shuts guys down. He did a great job (Saturday).”

Monticello now gets a rematch against Illini Prairie Conference rival St. Thomas More. The Sages fell 4-2 to the Sabers earlier in the year.

“We won the Cornjerker tournament which was one of our goals,” Burkybile said. “We did not win conference against St. Thomas More so that was disappointing. This was the next goal: get regionals and maybe get St. Thomas More again. Definitely excited about that.