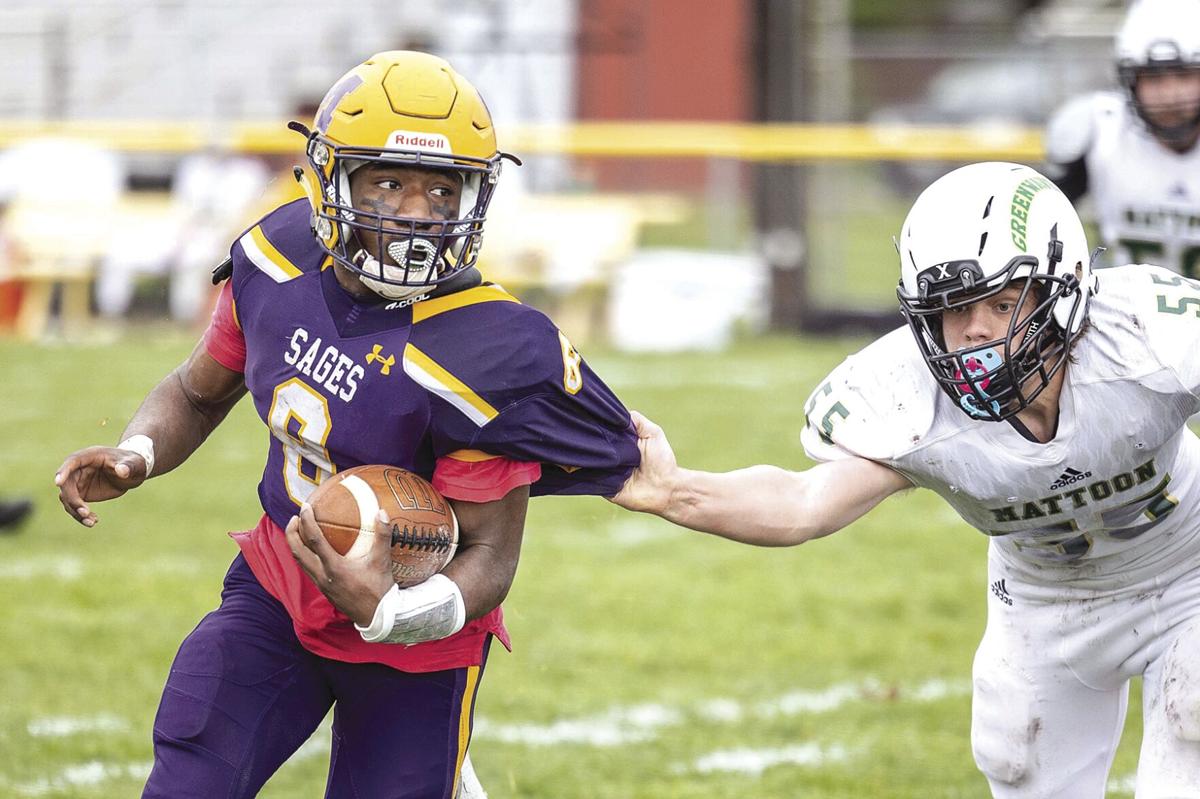 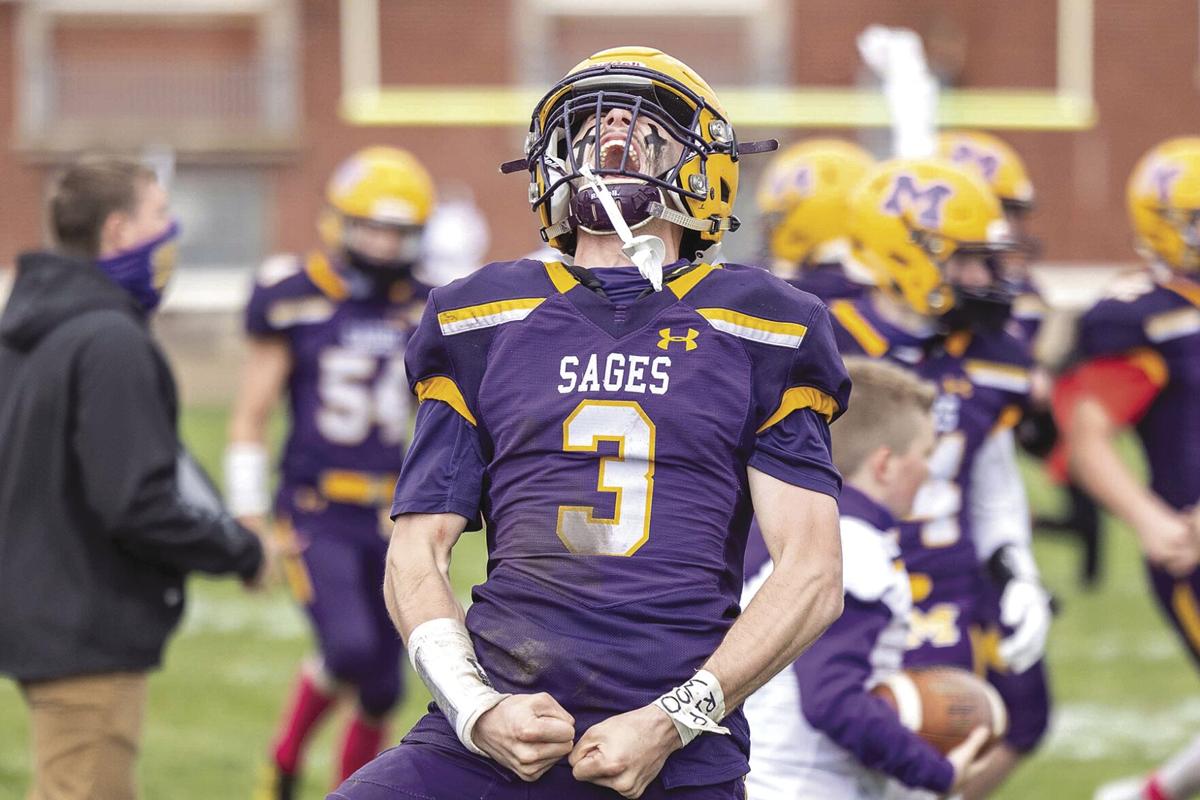 MONTICELLO – Torrential April rainstorms are not what Monticello fans normally relate with Illinois High School football games, but the Sages’ non-conference matchup at home against Mattoon Saturday delivered just that.

With 6:06 left to play in the first quarter, the Sages’ defense pounced on a Green Wave fumble to take over on Mattoon’s three-yard line.

“Our defense has been relentless all season long, and we have to play that way because we are very undersized relative to our opponents,” MHS coach Cully Welter said. “We need to have 11 guys getting to the ball, being aware of their roles and responsibilities and also willing to play for another. We will struggle if we play any other way.”

Two plays later, Sages running back Chris Brown sprinted to the left pylon for the first touchdown of the game.

For the point after, the Sages lined up in an off-balance set with about half the linemen and back on the left hash and the rest of the team lined near the right hash. The Sages ran the ball to the right, handed the ball to reverse back to the left, then Chris Brown connected on a pass to Hayden Graham for two-point completion and an 8-0 lead.

On the Wave’s next offensive possession, the Monticello’s defense forced Mattoon to punt against the wind after a three-and-out.

After a short punt, the Sages took over on the 30 yard line. On first down, quarterback Joey Sprinkle ran the ball to the outside before pitching it to Chris Brown who ran it in for 30 yards and his second touchdown of the game. With 2:58 left in the first quarter, Sprinkle kicked the extra point for a 15-0 lead.

But Chris Brown intercepted the waves next pass and returned it for a 45-yard pick six and his third touchdown on the day.

With 9:36 left in the first half, Sprinkle nailed another extra-point kick into the wind to extend the lead to 22-0.

“I thought we took advantage of having the wind at our back to start the game and the inclement weather also proved to be a benefit in regards to field position at the beginning of the game,” Monticello football coach Cully Welter said. “Turnovers are oftentimes the deciding factor in a game and our defense did a great job putting us in a great position throughout the entire game.”

With 2:48 left in the third quarter, Sages scored again when they blocked a punt and the ball squirted to the corner of the end zone, which Ashton Wassom recovered for the touchdown.

Another Sprinkle kick extended the lead to 36-0.

Monticello scored its final points with 11:49 left in the fourth quarter when Hayden Graham caught a screen pass and weaved his way through blocks and down the sideline for a 45-yard touchdown. Graham finished the game with two catches for 58 yards.

Sprinkle connected for his fourth straight extra point kick for the final 43-0 score and the team’s second straight defensive shutout.

Chris Brown finished with the three touchdowns and 67 yards on ten carries.

On defense, he collected an interception, five tackles and a fumble recovery.

Kolton Knuffman led the team with 12 tackles, and he blocked a punt.

Monticello (4-0) moved up from No. 6 to No. 4 in the latest Class 3A Illinois High School Association state rankings.

“I think the team has responded very well to the current circumstances,” coach Welter. “They are taking advantage of an opportunity that did not seem possible a few months ago and trying hard to not waste any moment.”