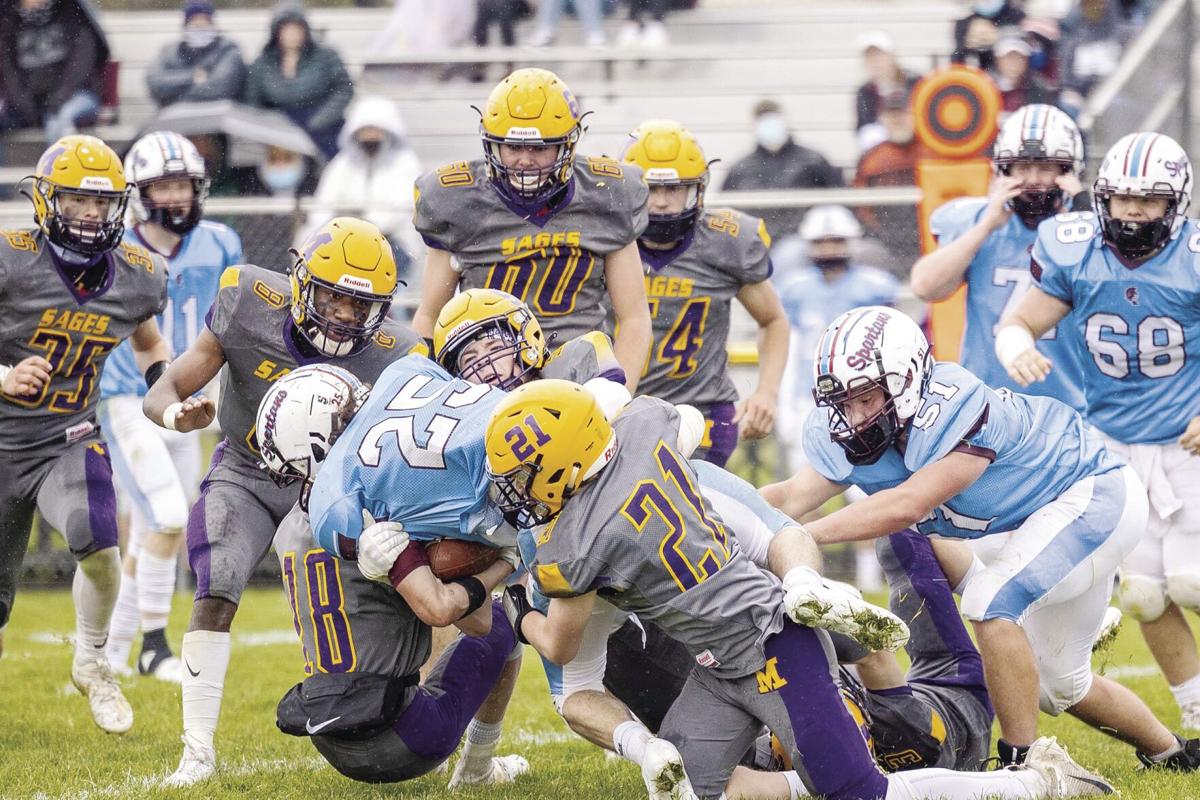 Cooper Hunt (18) and Logan Darsham (21) make a tackle on a St Joseph-Ogden runner in action Saturday afternoon at Monticello. The Sages defense pitched a shutout with a 43-0 win. MHS also ended its shortened season with a perfect 6-0 record. 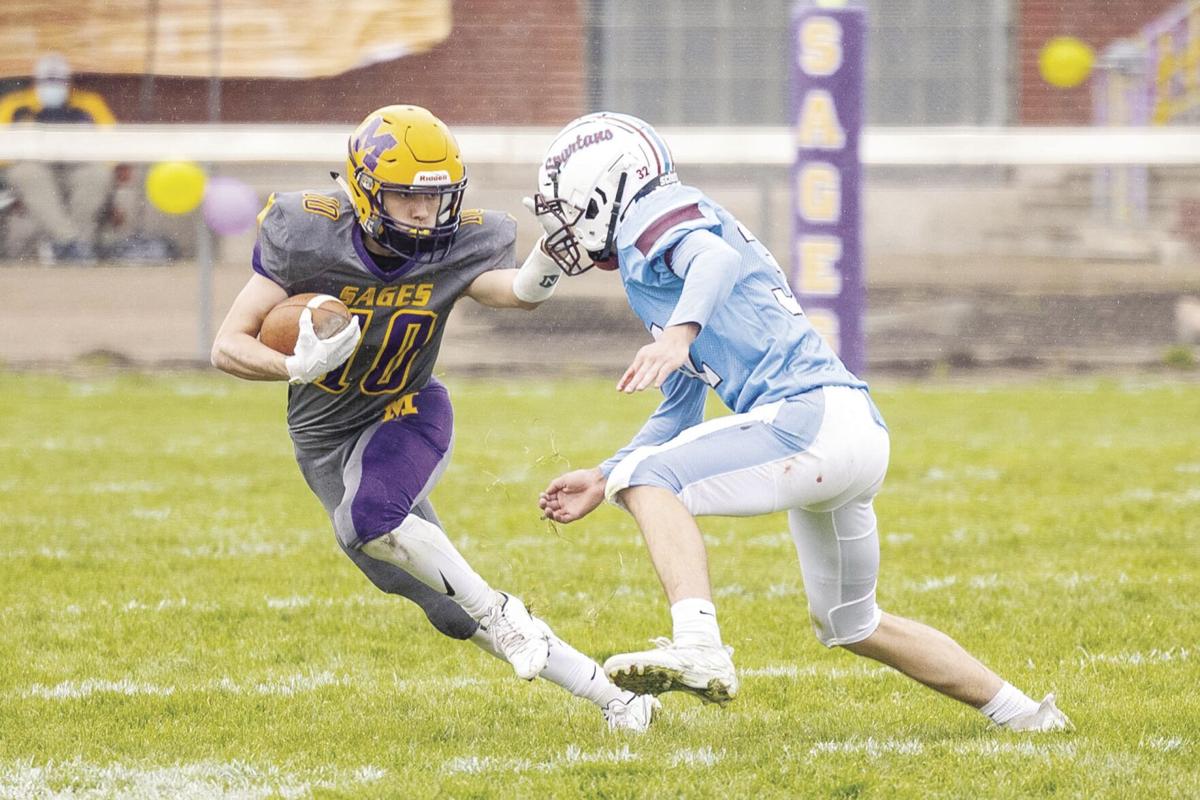 Hayden Graham on the move against St. Joseph-Ogden on Saturday, April 24, 2021 at Monticello. 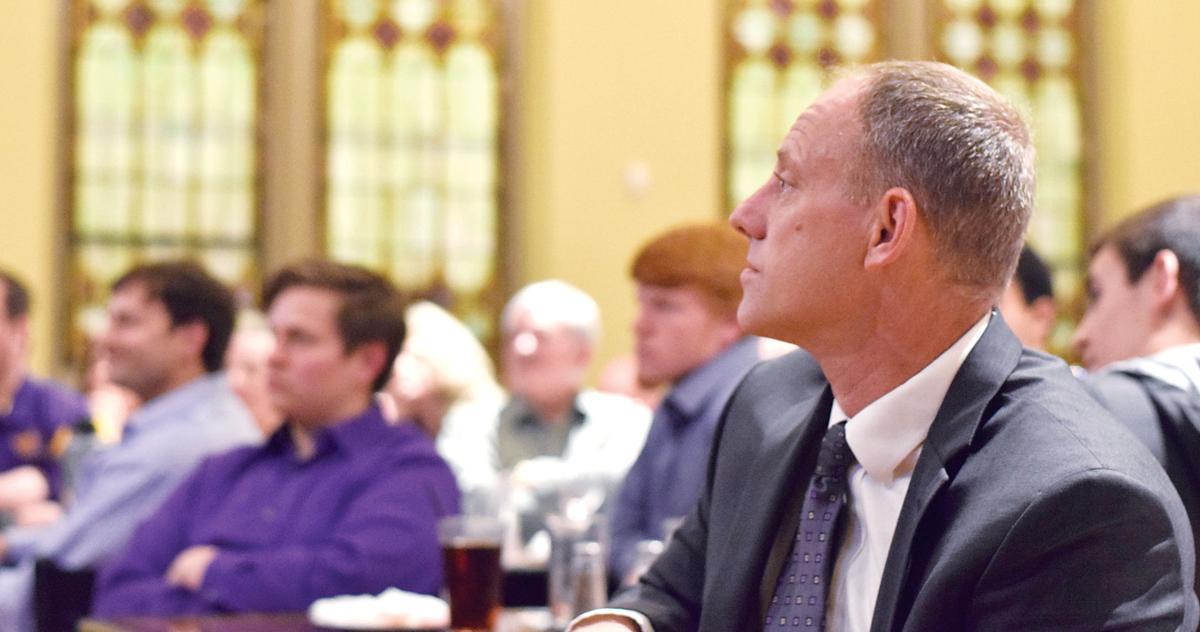 Cooper Hunt (18) and Logan Darsham (21) make a tackle on a St Joseph-Ogden runner in action Saturday afternoon at Monticello. The Sages defense pitched a shutout with a 43-0 win. MHS also ended its shortened season with a perfect 6-0 record.

Hayden Graham on the move against St. Joseph-Ogden on Saturday, April 24, 2021 at Monticello.

MONTICELLO — Cully Welter has been a football coach for about 27 years, but even he learned some things in the 2021 pandemic-shortened season.

One: That you can have plenty of fun even in a six-game season with no playoffs.

“It was just a really enjoyable season,” Welter said.

“I give all the credit in the world to the kids. You could tell they were just wanting to be out there. They wanted to soak up every minute. They really took it to heart and soaked up every moment.”

Welter also learned that an undersized group of defenders can excel through quickness, relentless pursuit and plenty of grit. That defense recorded a third shutout in six outings with a 43-0 win in the season finale Saturday against rival St. Joseph-Ogden.

“Particularly in the fact we went up against a majority of running tams all year long. That didn’t really play into our strengths, but I just keep going back to the fact our kids played really hard, played together and had a lot of fun out there, and that made all the difference in the world,” the coach added.

“Defensively we just had an outstanding year, and offensively we started coming around the last couple of weeks. Overall I feel like the team was progressing nicely all the way to the end of the season.”

No post-season also meant a change in the game plan in the squad’s final contest. Instead of resting seniors for the playoffs, Welter tried to make sure they had chances to score in their final contest. That helped junior quarterback Joey Sprinkle spread out his four touchdown passes to four different receivers: Seniors Chris Brown, Jason Brown and Hayden Graham, along with junior Triston Foran.

“There’s no question, after halftime and once the game seemed in hand, that was a priority to try to get the seniors some touches into the end zone, balancing that with not trying to run up the score,” Welter said.

The Sages scored early on a 15-yard TD run by Chris Brown, with Jason Brown running in the extra point. Jason Brown then hauled in a 30-yard touchdown pass from Sprinkle, and after an extra-point run by Knuffman, MHS led 16-0 at the end of a quarter.

Graham caught a 43-yard TD pass in the second quarter for a 22-0 halftime lead.

In the third quarter, Foran and Chris Brown netted 5- and 6-yard TD passes from Sprinkle, and Knuffman rounded out the scoring in the fourth quarter with a one-yard touchdown rush.

For the game, Sprinkle completed 10 of 17 passes for four touchdowns. Drew Sheppard also completed all three of his passes, good for 27 yards.

Graham led receivers with 74 yards on four catches, while Foran had three catches for 25 yards and Bryant Spencer two for 14 yards. Jason Brown also had a 30-yard catch.

The off-season will be short this year for Monticello, which tied with Unity for the conference crown. Many athletes now head to the baseball diamond, wrestling mat or track to compete through about mid-June. They will then start summer football activities and an August start to what will hopefully be a full, nine-game 2021-22 season.

“We’ll hit the weight room in early June, get the summer in and roll right back out there in a couple of months,” Welter said.