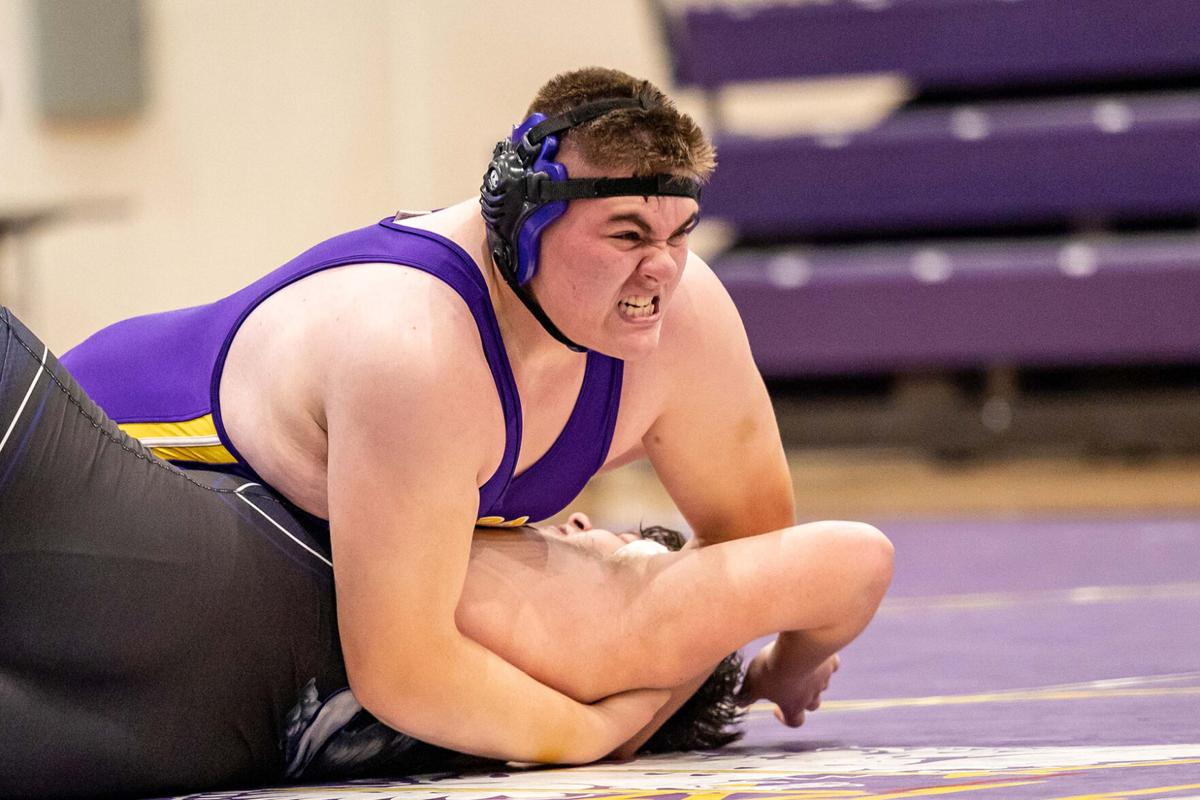 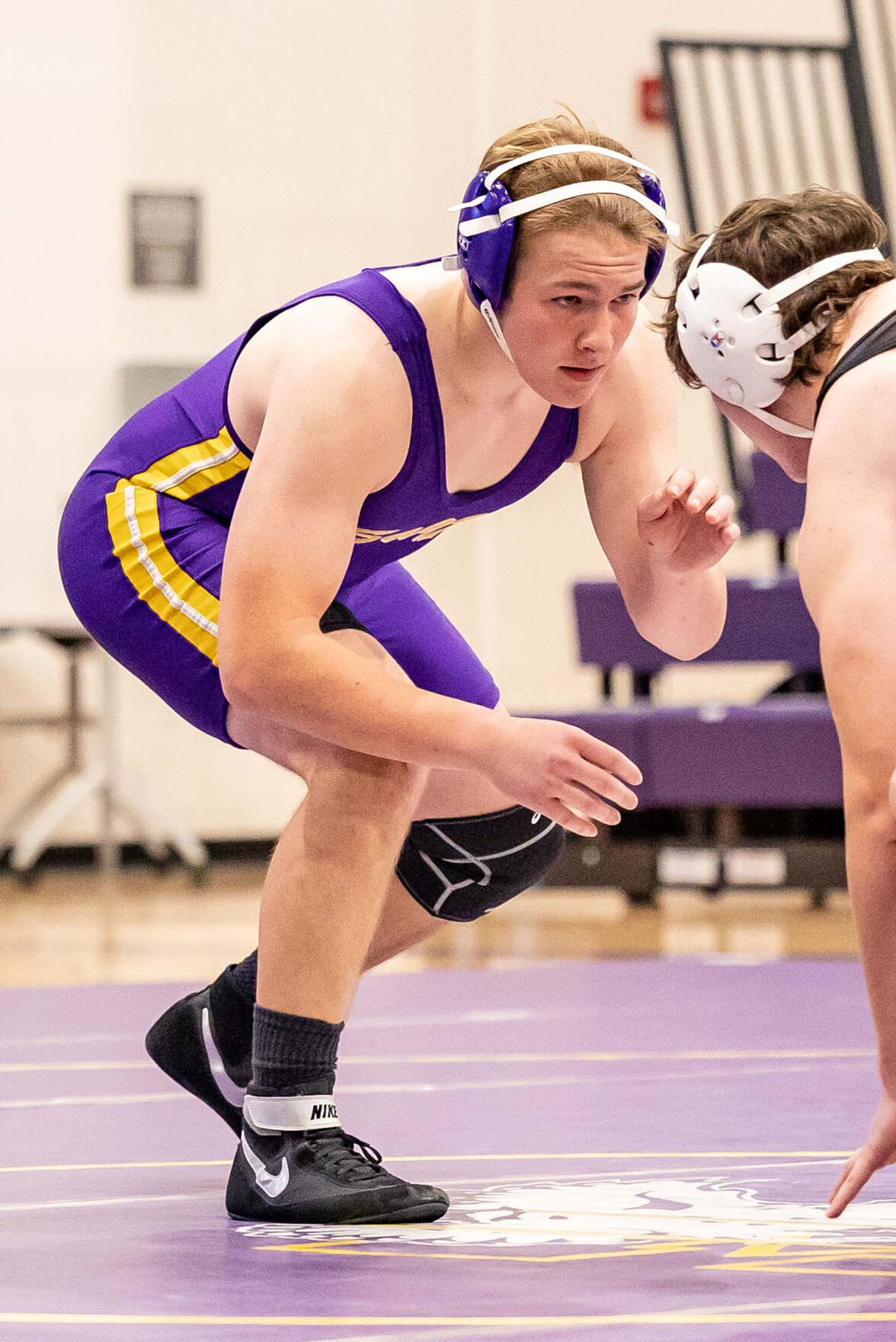 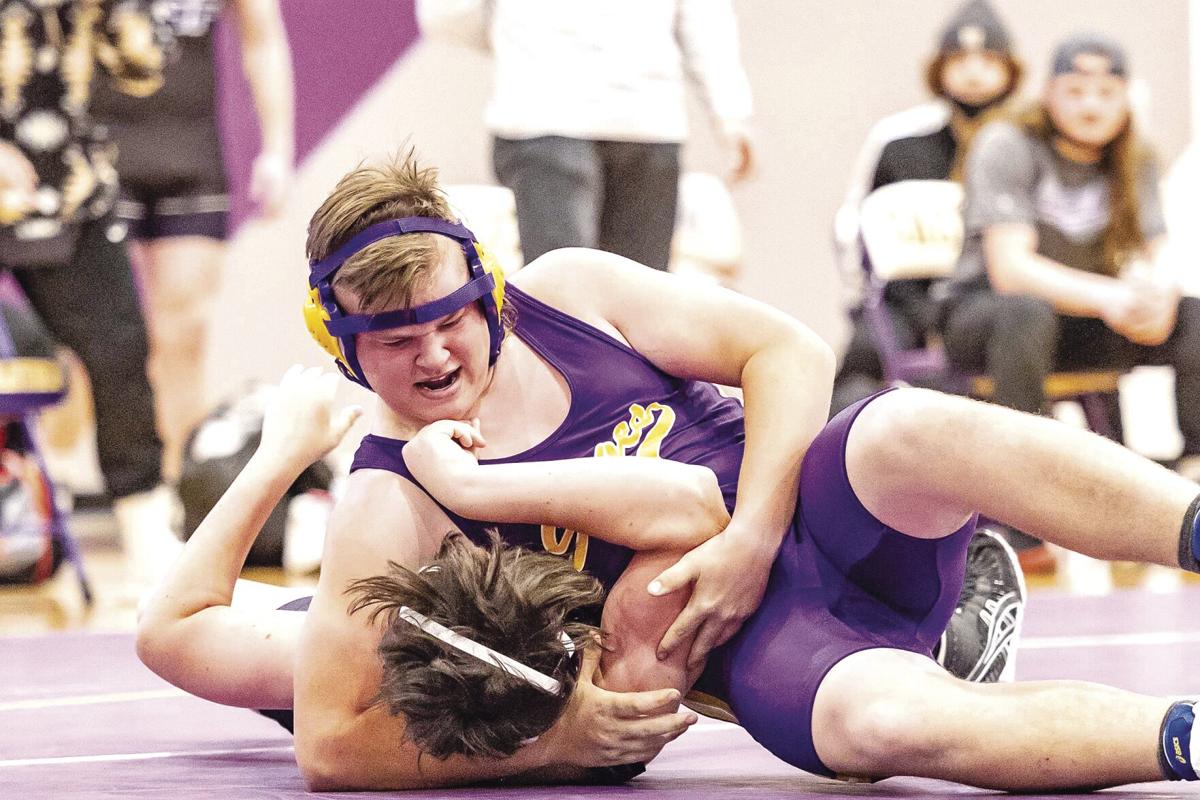 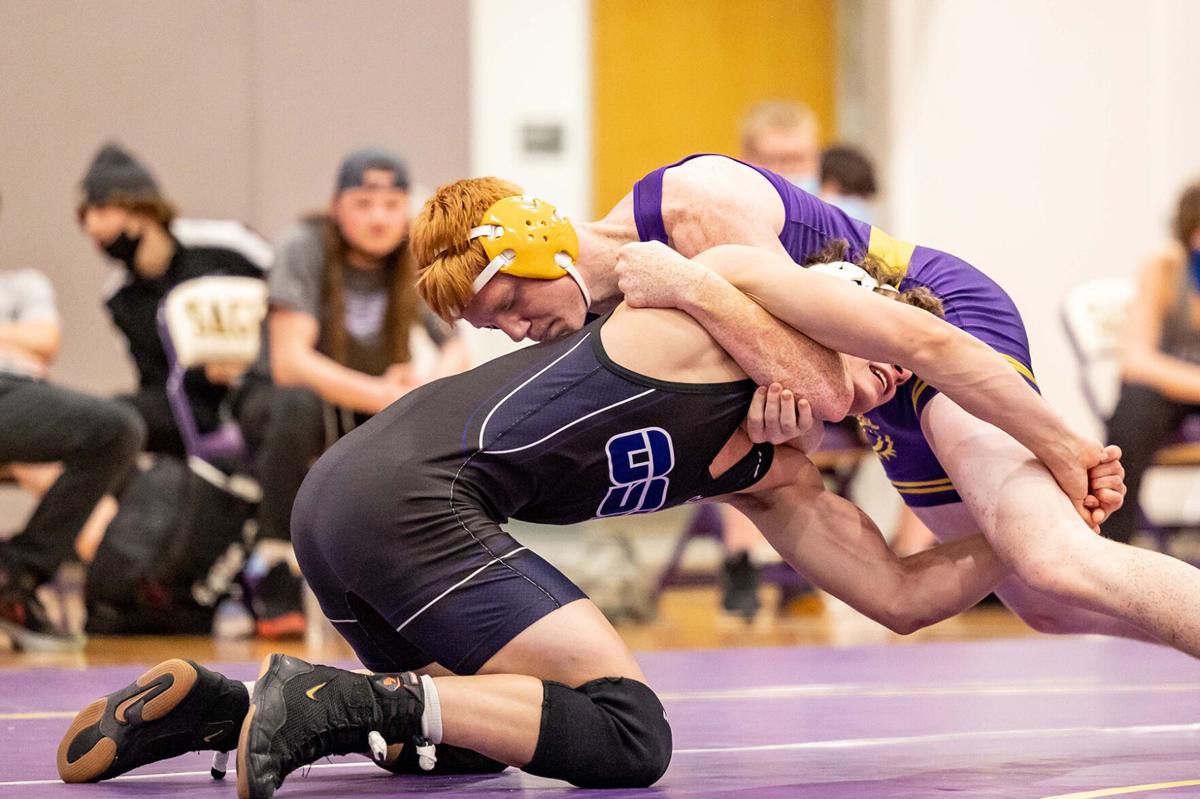 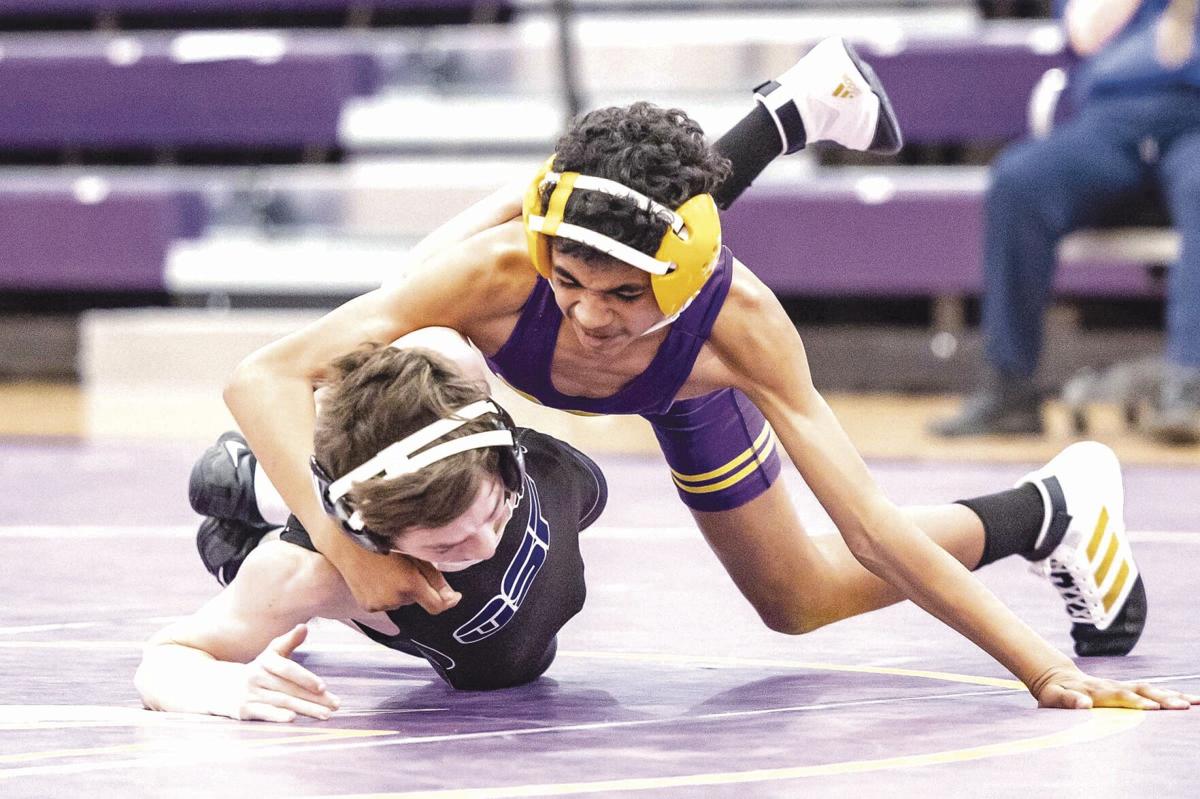 MONTICELLO — Monticello High School freshman heavyweight Brandon Peters stepped right in for the Sages wrestling squad in his — and the team’s — opener at home on April 29, pinning both his opponents to lead his squad to a split in two matches.

Peters pinned his opponent in 1:32 as MHS defeated Bismark-Henning/Rossville-Alvin/Armstrong-Potomac 54-24, and also won by fall in 2:55 as the Sages were edged by a strong Oakwood/Salt Fork team 37-33 in the nightcap.

Getting production out of underclassmen will be a key this season, as Monticello has just three seniors on the roster.

“I am very pleased with our team’s effort and desire to compete. We are a very young and inexperienced varsity team,” MHS coach Andy Moore said. “We need to work on a lot of wrestling skills, but that’s a whole lot easier to improve upon versus the effort, heart and desire.”

He also feels his squad has talent at most weight classes, “which makes for a good overall team.”

Also winning both of their matches for the Sages last Thursday were sophomore Quinn Taylor at 106 lbs., junior Ethan Alexander at 182 lbs. and freshman Myles VonBehren at 195 lbs.

Alexander provided one of the highlights of the day by pinning his Bismark-Henning opponent in just eight seconds.

Josh Kirkum won by fall against Oakwood, and teammate Jaxon Trent also earned a 12-7 decision in that match.

“They miss out on the camaraderie of ... other wrestlers they’ve met throughout the years,” Moore said. “Now with the way everything is with COVID, we have to limit our contact. ... It kind of takes away from that social aspect.”

Other pandemic-related guidelines include allowing only two teams in a gymnasium at any one time. Moore said the third team at the Sages’ home meets will be sent off to a conference room to wait their turn.

Athletes and coaches will be spread out, instead of side by side lining a mat while the wrestling occurs. And wrestlers must be masked unless actively competing.

Monticello was scheduled to travel to Champaign Centennial Tuesday to compete against Centennial and Mt. Zion, then returns home on Thursday (May 6) to host Clinton and Pontiac at the Sievers Center.