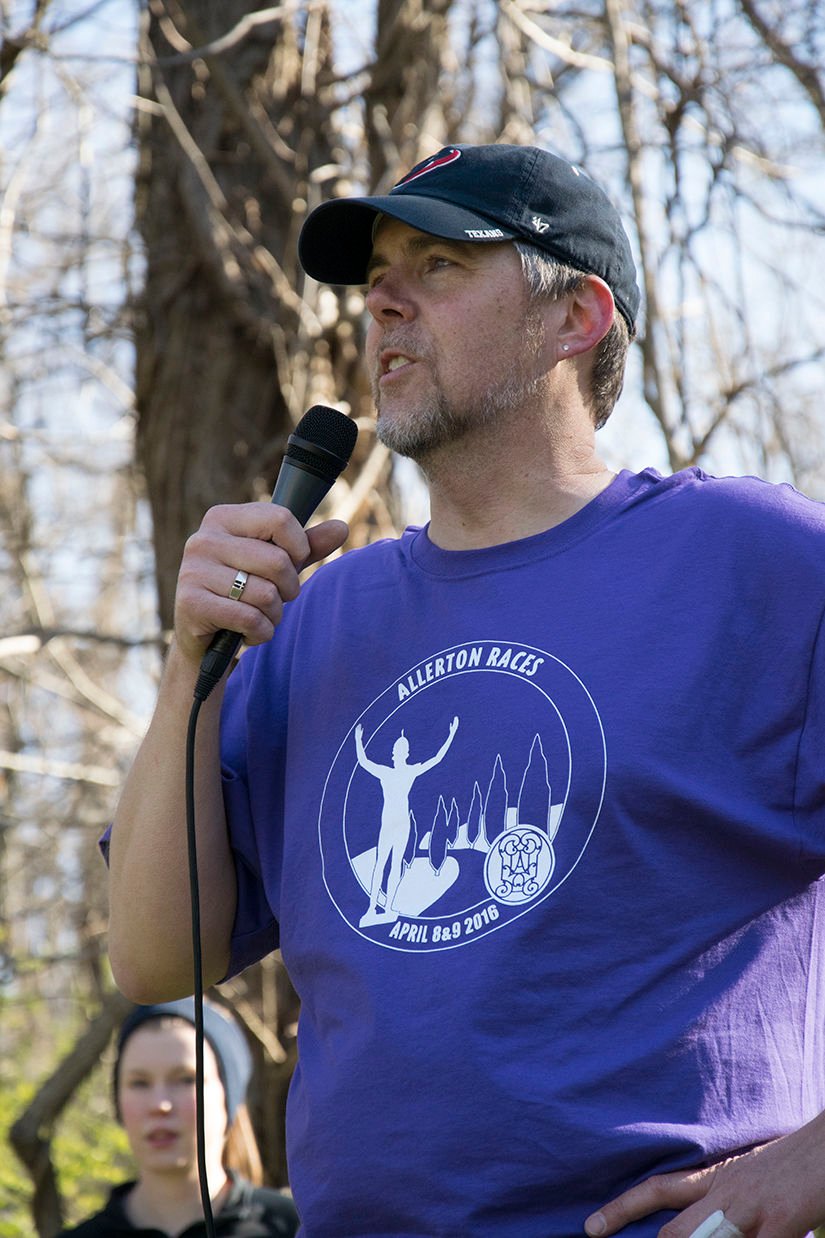 At upper left, race organizer Dean Hixson gives directions to runners at a race at Allerton Park in 2017. 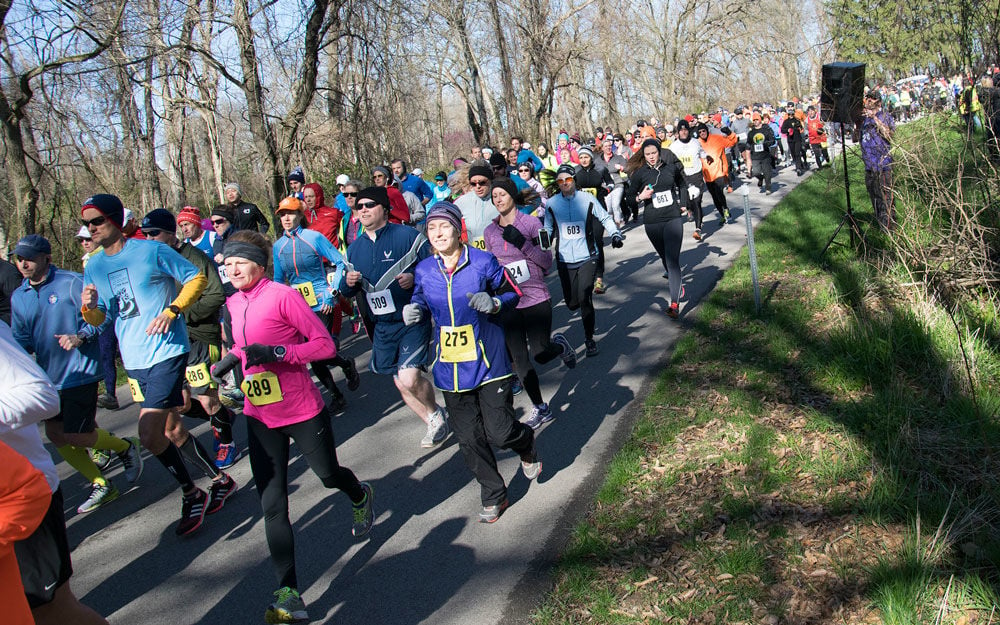 Participants in the Allerton Trails Half Marathon and 10K bundled up and went for a run in 30-degree weather on Saturday, April 8, 2016. The event raised $14,000 for Make-A-Wish Illinois.

At upper left, race organizer Dean Hixson gives directions to runners at a race at Allerton Park in 2017.

Participants in the Allerton Trails Half Marathon and 10K bundled up and went for a run in 30-degree weather on Saturday, April 8, 2016. The event raised $14,000 for Make-A-Wish Illinois.

With most schools educating remotely and a significant portion of the work force logging their hours from home, why not organize a virtual run?

That’s the conclusion Dean Hixson came to when faced with the reality that next month’s Annual Half-Marathon, 10k and 5K race at Monticello’s Allerton Park would likely be canceled, jeopardizing fundraising dollars for Make-A-Wish Illinois and the park.

“Runners are tenacious. I think that’s inherently part of our nature, right? To find that other way,” said Hixson, who knows a thing or two about remote operations, having worked from home for four years. He has not lived in Monticello for a while, but has still remained as the organizer of the run, guiding it from his computer and cellphone.

But the desire to keep people running is not as important to him as the event’s cause, which his raised $85,000 for Make-A-Wish Illinois in its first seven years. It was the thought of jeopardizing that revenue for the charitable organization that grieved him the most.

“So it made sense to find a way to pull off this event, still support Make-A-Wish, and still support the park, without jeopardizing anyone’s safety. So it had to be done,” he said.

And thus, the virtual run was born.

Participants can enter either the 5K run/walk, 10k or half marathon at runallerton.weebly.com. They then map their own route wherever they are. Photos and video clips are encouraged and will be compiled into a montage later on for runners to access.

Those entering have between April 10 and 26 to record their run.

Social media will be a big part of the virtual race, and Hixson has even come up with a catchy subtitle, calling it the “Social (Distance) Media Event of the Year.”

Make-A-Wish officials are thrilled the event is still on, and are using it as a template to encourage some of their other fundraising partners to do the same.

“This isn’t very typical,” said Ashley White, the organization’s Gift Officer of Community Programs in Illinois. “People love to go to events, do things in person, especially a run, so I’m kind of using this as an example to my other folks in the State of Illinois.”

“Of course we need revenue to grant these life-changing wishes, and the fact that Dean has stepped up when he could have just easily canceled the event. He’s just a wonderful person. He’s done so much for Make-A-Wish,” she added

It comes at a trying time for Make-A-Wish, which has postponed 150 wishes in Illinois and 970 nationwide due to the coronavirus outbreak and measures taken to contain it. Most of the wishes involve air travel and large gatherings, things that are being curtailed due to the pandemic. Cancellations include an annual dance contest at Illinois State University that typically raises $50,000 each year.

Make-A-Wish is still trying to grant non-travel wishes. Organizers add that that, while cancellations pile up each day, wish requests continue to pour in.

“Wishes are waiting. New kids are being diagnosed daily needing additional hope, joy and support from us,” Make-A-Wish said in a press release. “During this extraordinary time, we need increased community support.”

The Allerton virtual run will go mostly on the honor system, with entries self-reporting times. But those using GPS data to record their times will be able to submit them to be ranked in their associated categories, just like an in-person run.

Hixson is taking it seriously, but also shares light-hearted posts to encourage those training for the virtual race.

“Just a reminder to practice proper social distancing while training for the virtual Allerton. Because, well, it’s a BAD idea to come together right now,” he said in a Facebook post.

“This is going to be a great way to pass the time while I am sequestered in my house,” joked Hixson about planning the event from his current home in W. Lafayette, Indiana.

The fund-raising goal for 2020 is $10,000. Hixson hopes the people who drop out will be made up for by those from out of state who always liked the idea of taking part, but just lived too far away. This year it will be just as easy for people from Mozambique as Monticello to be involved.

“It could go either way,” he said about what he expects the virtual run to raise. “We could earn less, or it could explode.”

More information on Make-A-Wish Illinois is available at illinois.wish.org.